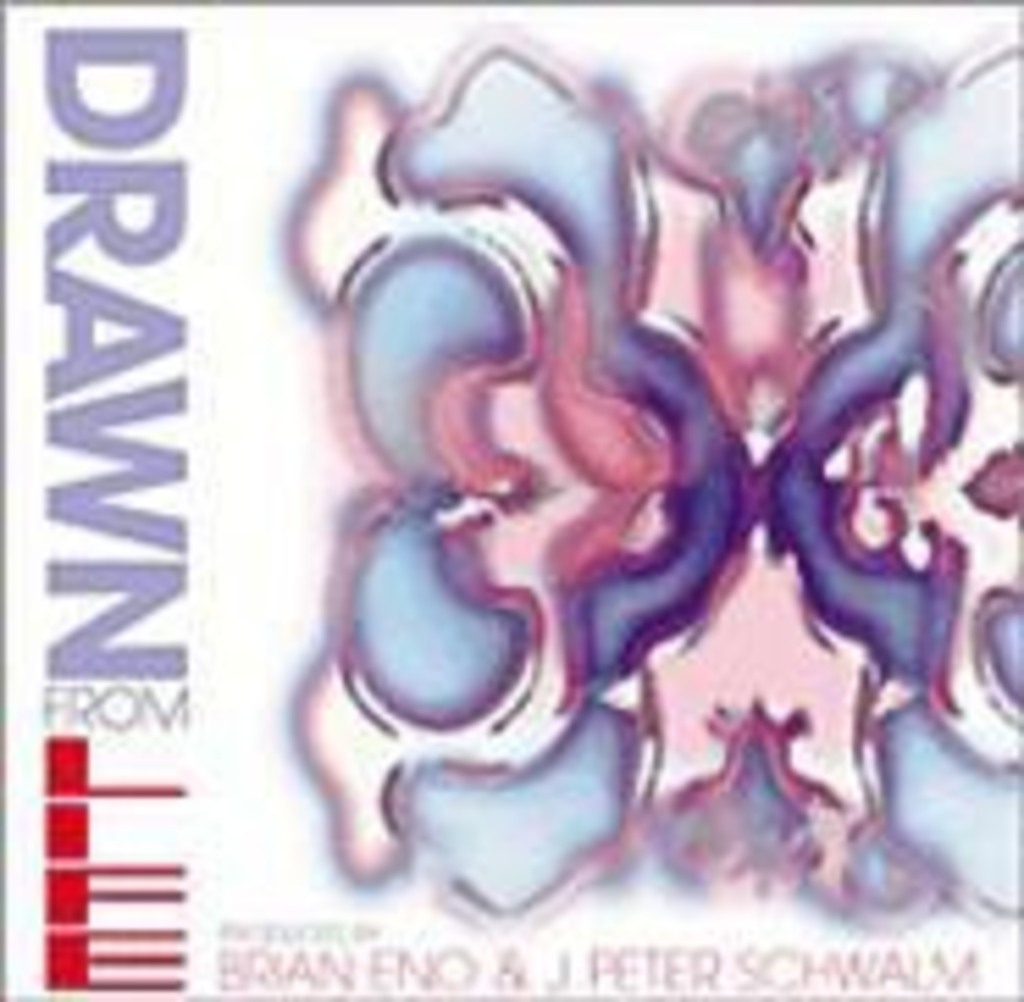 If it’s still impossible for most Americans to imagine a world in which club DJs alter the face of music and not just its vinyl façade, then this quote from Brian Eno should be mind-blowing: “Now this is how the modern world feels to me.” Eno was describing his first impression of hearing 31-year-old German DJ and percussionist J. Peter Schwalm’s work. The ambient pioneer was in Bonn setting up his installation “Future Light-Lounge Proposal” when he met Schwalm and, with German prog-legend Holger Czukay (of Can), began a collaboration resulting in Drawn From Life. (Czukay’s contribution here is limited to manning an IBM Dictaphone on one track.)

There might be some disagreement about the way the modern world actually feels — or sounds — when Eno is the one establishing its definition. Not everyone experiences future-shock epiphanies touring Germany with an art program, after all; to a lot of people, the modern world feels like a vibrating cell phone or a side-impact airbag, nothing more.

So whose life is Eno drawing from, anyway? That of a serial collaborator first and musician second. Eno and Schwalm are named on the sleeve as producers, not artists, as though they’ve made a movie instead of a record — no surprise since Eno has pointed his music toward a mind’s-eye cinema for almost thirty years. Eno has exerted terrific influence in the recording, programming and production of modern music (his role in formulating U2 can never be underestimated) largely because his albums have always played better as aural templates than discrete collections of songs. But Drawn From Life is addictive from the first play — it’s a dreamy, beautiful disc at once perfect for a singer like former-Eno-collaborator David Bowie and too good for him. (On “Like Pictures Part #2,” though, Laurie Anderson sounds astonishingly seductive updating the detached presence she brought to Peter Gabriel’s 1986 So-closer “This Is the Picture.”) Not since 1975’s Another Green World has Eno created (or co-created) something that, modern or not, the world ought to sound like.

For its part, Air, perhaps the most interesting and certainly the most ironic of the current crop of indirect Eno beneficiaries, finally achieves alchemy on 10,000 HZ Legend. The French duo has replaced the leaden coyness (hired female singers cooing in French) of its first two nonsoundtrack albums — after which its members were mistaken for a couple of ersatz Burt Bacharachs — with a beguiling sincerity even the author of “Raindrops Keep Fallin’ on My Head” could admire.

Whether programming an iMac’s creepy “whisper” voice setting to recite the most direct plea for love this side of The Cure (do you know that when you look at me it is a salvation, the machine rasps on “How Does It Make You Feel?”) or making like Isaac Hayes on the smooth, soulfully flute-laden “Radian,” Jean-Benoit Dunckel and Nicolas Godin make no false moves on Legend. Not a couple of Eno bastards desperately waving for dad, Godin and Dunckel instead expound on both their sweaty prog side and perfumed lite-pop side to make a unique amalgam, music that wears a black turtleneck and an ascot at the same time and makes it look smart.

Even without the rhyme you don’t wear cosmetic/you don’t like arithmetic, there would be no excuse for a song called “Wonder Milky Bitch” sung in a Teutonic-accented, Leonard Cohen-as-soap-opera-villain bass. Except that it works. So do expensive cameos from Beck and Buffalo Daughter and Jason Falkner, and so does every cheap choral loop and Atari 2600-blip. Air’s is another modern world, one in which a studio full of wires and chips looks like a secret canyon sound laboratory (as pictured on the cover) and music is a tease, not a riddle.