Brewery Emperial opens, Cinder Block feeds you from the Cellar, and we all toast the solstice 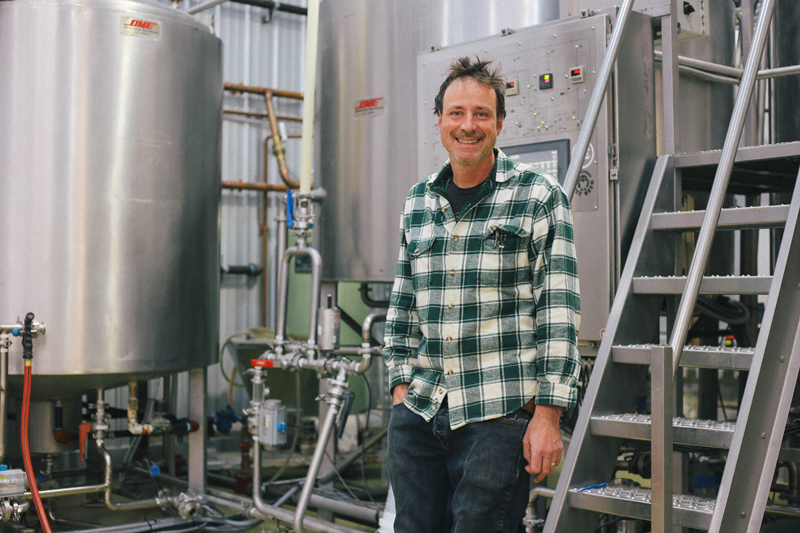 After 20 months, an urban beer garden is nearly ready to open at 1829 Oak. Brewery Emperial, a joint project from Room 39’s Ted Habiger, brewmaster Keith Thompson and Rich Kasyjanski, this month joins the growing microbrewery district in the east Crossroads.

“I’ve always liked what a brewpub represents for the community and neighborhood,” Thompson says. “We’ve got the brewery and food components here, a nice hybrid of a taproom and a brewpub.”

The flavor of smoke and the experimental nature of the brewery are matched in the kitchen. Thompson points to the first wort they used to braise short ribs. The finished ribs were then taken to Local Pig, where they were ground and placed in natural casing to make the short-rib hot dogs that will be on the first menu.

“I’ve always wanted an urban beer garden that could create community,” Thompson says. “I want this to last for a long time so I can continue my career in brewing and have a way to share with people.”

Read more of On Tap’s talk with Thompson at Flatland.

Just like pool and darts, waffle fries start to sound pretty good after a beer. Those who venture to Cinder Block Brewery (110 East 18th Avenue, North Kansas City) are in luck, then: Waffle fries are now on the menu. The Cellar Man’s Kitchen is the brewery’s new food truck, offering BLT waffle fries, a bison burger on an egg bun, fish and chips, smoked wings, and a charcuterie platter. It’s also making house chips with beer queso. Your waistline has been warned. The food truck will be open from 4 to 8 p.m. Tuesday and Thursday, and noon to 3 p.m. and 4 to 9 p.m. Friday and Saturday, to start. Cinder Block plans to extend the food truck’s hours in early 2017.

File under “Christmas Future, beer of”: Tallgrass Brewing Company will release King Buffalo (10.5 percent ABV) in early January. It’s an imperial stout with hints of coffee and chocolate. Think of it as the big winter brother of Buffalo Sweat.

I can get behind any cookie-inspired drink. Big Rip Brewing Company (216 East Ninth Avenue, North Kansas City) is releasing its Oatmeal Raisin Cookie on draft and for growler fills today. Go over to the Dark Side one glass at a time. After you get a growler of ORC, go to the Screenland Armour (408 Armour Road, North Kansas City) to snag a rare release. The bar is tapping a barrel-aged variant of Imperial Ravager (9.3 percent ABV) to honor the new Star Wars film. It’s first-come, first-serve at 6 p.m.

It’s the third anniversary for the Rock & Run Brewery (110 East Kansas Street, Liberty), and to mark the occasion, it’s releasing its barrel-aged Saminator (a quad IPA) in limited-edition 22-ounce bottles.

Big Rip is releasing its Pinot Noir Wine Barrel–aged Scotchlander Wee Heavy (that gets harder to say or type after a few sips) on draft today, and in 22-ounce bottles later in the week.