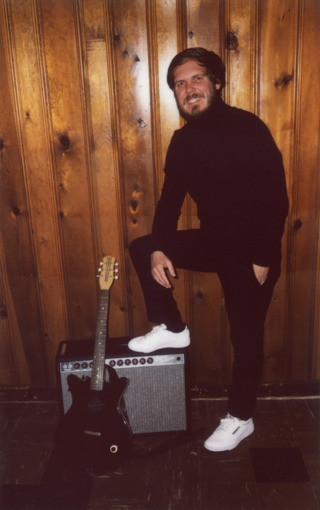 Six years ago, on July 4, beloved Lawrence indie rockers Fourth of July played their final Lawrence show. Shortly thereafter, the band’s vocalist and guitarist Brendan Hangauer moved to California, where he continued making music under the name Empty Moon. Empty Moon was the title of Fourth of July’s final album, and it was under the Empty Moon aegis that Hangauer would release a solo album, The Shark, in 2014.

Now, Hangauer’s back — not just with a new album, entitled The Empty Moon Story, out July 26 on KC’s High Dive Records, but also back home in Kansas City with his wife, Erica, and daughter, Harlow. It’s a fairly straightforward story the musician relates one Sunday afternoon at my dining room table.

“We were living in Oakland, California, the last five years, and we had a baby — we have a two year-old now — so we were trying to make it work,” Hangauer says. “We were in a one-bedroom apartment, and once we moved our bed out into the kitchen …” He trails off with a shrug and a grin at the Bay Area housing situation.

“I lived in Lawrence for 15 years, so I wasn’t looking to move back to Lawrence,” he explains of resettling in Kansas City. “A lot of my old friends live in Kansas City now, and I get to hang out with them when I didn’t see them for years at a time.”

As to why he moved to California in the first place?

“I was telling people I was in Lawrence, and then I graduated college, then I closed my eyes and opened them, and it was 15 years later,” Hangauer says, relating a refrain that will be familiar to college town residents. And while it seems that moving, having a kid, and reconnecting with friends and family would be the perfect impetus for a musical reconsideration of one’s life, that’s not exactly how it went down. When Hangauer’s wife first got pregnant, he asked his brother Zach what he should do.

“He said, ‘Just get done the one thing you really want to do — just make it happen,’” Hangauer says. What he wanted to do was make another album. “I didn’t even have any songs, so I ended up writing a bunch and getting it done.”

The record’s actually been done for two years, but Hanguaer held onto it until he had a way to release it. High Dive’s a Kansas City label, and it put out Fourth of July’s Empty Moon record as well as a repress of Fourth of July’s debut, On the Plains. So it seemed like it was worth waiting it out until Hangauer and family moved back to Kansas City. It does feel a little weird having sat on it so long, though, he says.

“Because now, I’m writing new songs all the time,” Hangauer says, while noting that he’s not quite as prolific as his friend Colin Halliburton of the Roseline. “It takes a lot of time, you know? But, actually, I’m so busy that this feels like the right time, for sure, to actually try to make a push with it.”

Much like The Shark, The Empty Moon Story was recorded with Hangauer’s friend, the musician Jason Quever, of the San Francisco band the Papercuts. The record feels very immediate, the result of writing those songs and recording them while under a deadline of sorts.

“It was pretty business,” Hangauer says. “We didn’t even drink any beers on this one.”

Those who appreciate the laid-back vibes of Kurt Vile, but wish he’d maybe drink a coffee or two, will find a lot to love on songs like “Grown Ups” or the stream-of-consciousness ramble of “500 Friends.” The album is the sort of thing to put on and spin while you’re trying to avoid moving around in the muggy stillness that is a Midwest summer. But it also contains enough jangly energy to maybe motivate you out to the pool for some sun and drinks.

Hangauer agrees with my assessment that “500 Friends” is a favorite. “It brings up a lot of things that I was wanting to talk about: dating apps and the Internet and getting older,” he says. “It’s terrifying to me, because I’ve seen it in action, and it doesn’t seem really healthy. I want to do a documentary on it, because it’s just — wow.” 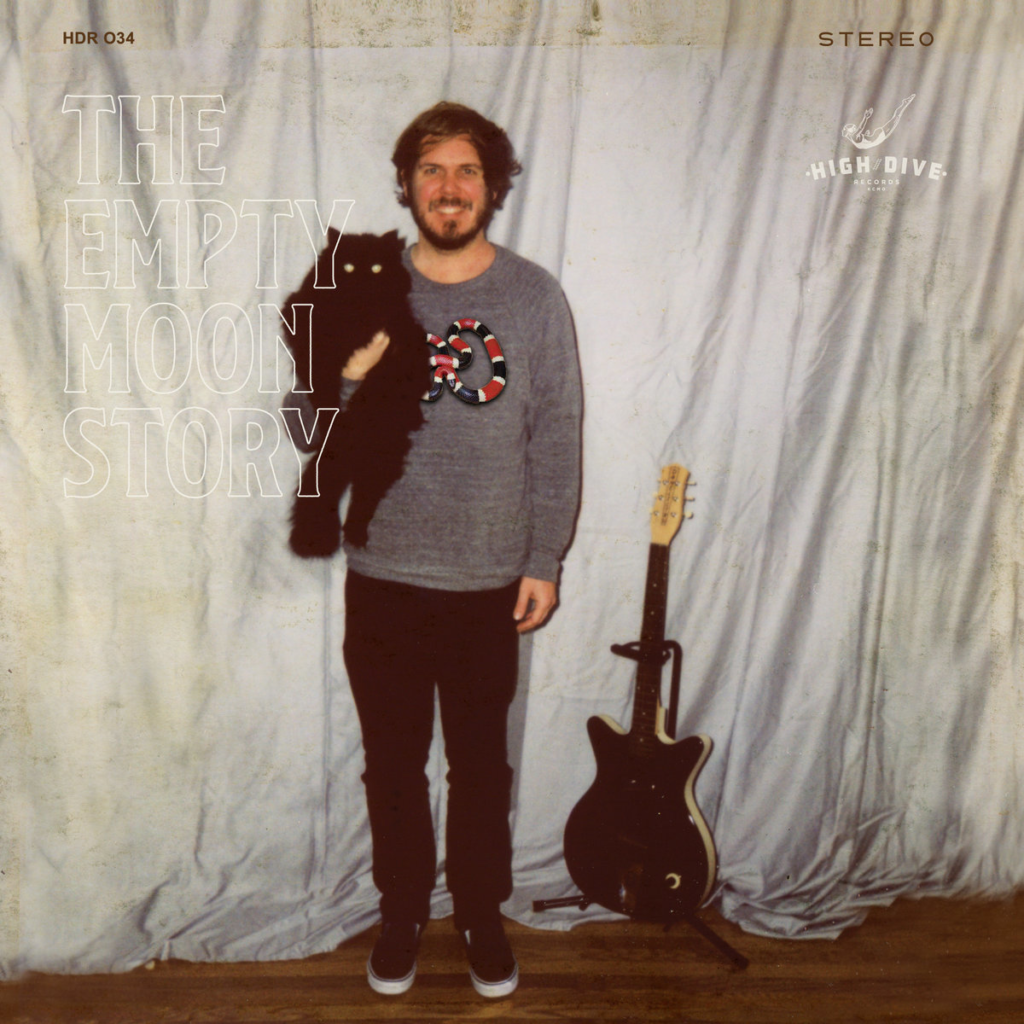 The physical release is gorgeous. It looks like a lost, self-released LP you might grab at a yard sale somewhere. A man in a beard stands grinning next a guitar, holding a cat whose eyes glow with reflected flash. Hangauer even altered the cover image to make it seem like it was once held together with packing tape that has long since flaked off. Opening it up, you find that that lyric sheet is an Oddities Prints risograph, with eye-catching gold ink. The idea is that it all adds up to a visual tribute to what Hangauer listens to.

“I listen to a lot of old country, and everybody has one — it’s usually a greatest hits album, like The Kitty Wells Story,” Hangauer says. “It was a nod to old country, where they have big smiles on their faces, even if the songs aren’t happy. I’m just happy to still put albums out on vinyl.”

As to how it’s all going to come together live, Hangauer makes a face recalling the process. He’d thought putting a band together would be easy and breezy, but that was not the case, he says.

“Maybe in Lawrence, but in Kansas City, I couldn’t find anybody,” Hangauer says, really emphasizing the last word. The lone exception was Alison Hawkins of True Lions, who’s been part of the Empty Moon live show since Hangauer moved back. Hangauer also hit it off with somebody who interviewed him for a job — an older guy who also happened to be a musician. Hangauer reached out to his band, Jupiter Two, to see if they’d be interested in backing him for the upcoming release shows.

“Sent them the album, and everybody liked it,” he concludes with no small amount of relief. “Showed up to practice, and they’d pretty much learned all the songs. They’re pretty much all professional badasses, and we’re really tight. There is zero drama.”