Breaking News: Passion Pit has pulled out of show tonight at Beaumont. 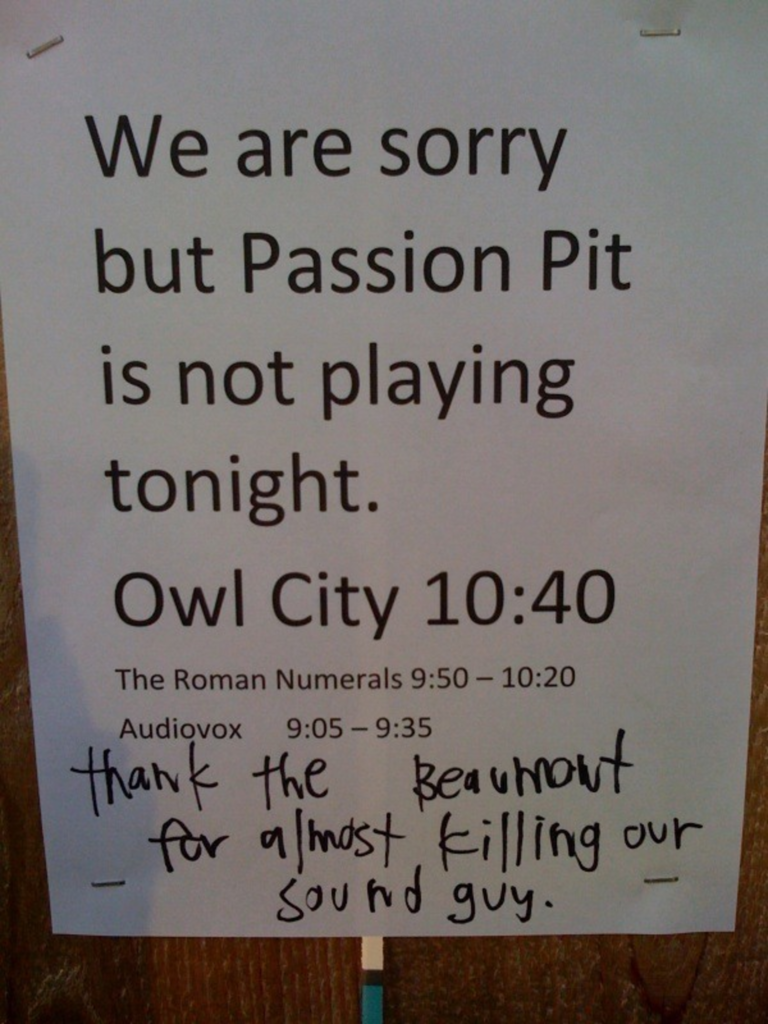 We just received the news that Passion Pit, the headliner at tonight’s free, KRBZ-sponsored show at the Back Yard at the Beaumont, has canceled its performance.

Printed announcements were tacked up, including the one below, which had an additional message scrawled on it.

At approximately 6 p.m., the band posted the following on Twitter:

Kansas, we are sorry we had to cancel tonights show at the Beaumont. A lighting rig almost took out our sound guy mark during load in, and the stage was about 5 minutes away from collapsing from dry rot. We apologize, and we owe you one.

We’ve received no word yet from the Beaumont or the show’s organizers. The other bands on the bill — Roman Numerals, Audiovox and Owl City — appear to be performing as scheduled.