Breaking down a steak 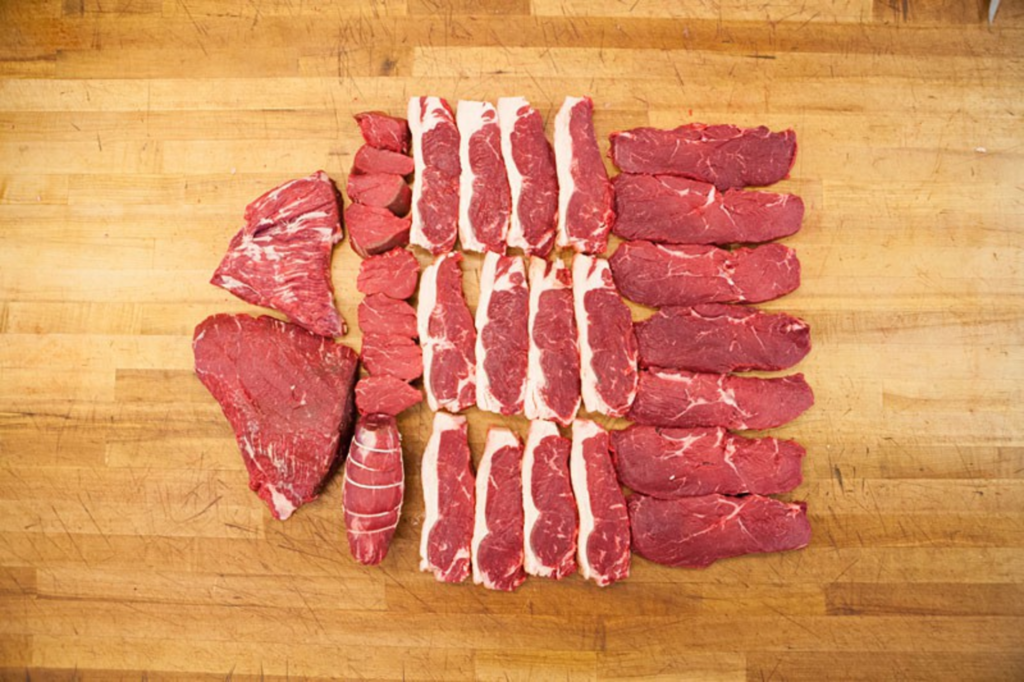 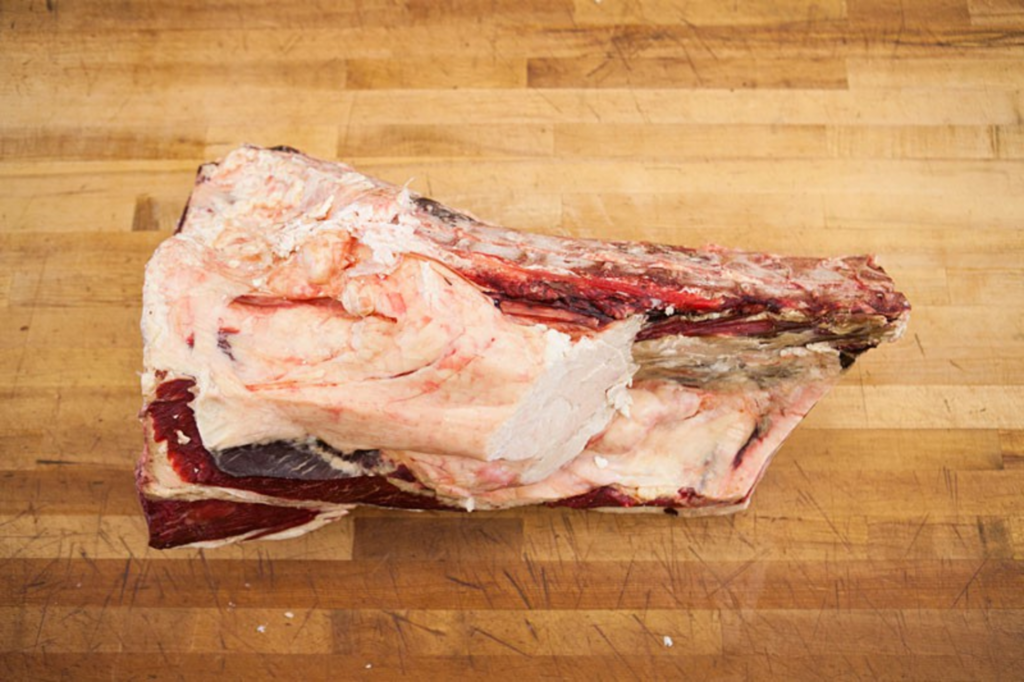 Every Wednesday, the farmyard is delivered to Local Pig — two cows, 10 pigs, two lambs, 120 chickens, and a smattering of ducks and rabbits.

This week’s cows, which weigh about 1,500–1,800 pounds when slaughtered, are delivered in six pieces from Jeff Jones’ ranch in Seneca, Kansas.

On a Friday in early November, general manager Adam Northcraft breaks down the 50-pound loin section, which stretches from behind the ribcage to the aitchbone: the H-shaped bone at the top of the rump.

Northcraft spends 60 minutes parting out strips, tenderloins, sirloins, and meat for the hamburger grind. (The fat that gets trimmed off is typically used to make shaving cream.)

First, Northcraft removes the flank steak, which sits roughly where your bellybutton would be if you were a cow. The short loin (the little-used muscle along the spine, behind the ribs and above the flank) is next. He separates the tenderloin from the bone and carefully trims the fat; it’s the most expensive cut in the cow. Filets made from the tenderloin go for $28 a pound.

“I’ve got to use my Jedi here,” Northcraft says. “I don’t want to cut into the steak.”

The handsaw comes out next. Northcraft cuts free the short loin section containing the strips. The former electrician, who has been working at Local Pig since February 2012 after taking a life-altering hog-butchering class, then debones that section. He goes in straight with a knife to get around a knob at the end of the bone.

Northcraft cuts a total of 13 strips, each weighing between 16 and 20 ounces. If he had left the tenderloin and strip attached to the bone, that could have been sold as a T-bone or a porterhouse steak.

“This has some nice marbling,” Northcraft says, looking at the steak. “You don’t really know what you have until you cut into it.”