Breakin’ up on the roof: Off-the-Wall’s June installment, now with actual dancing 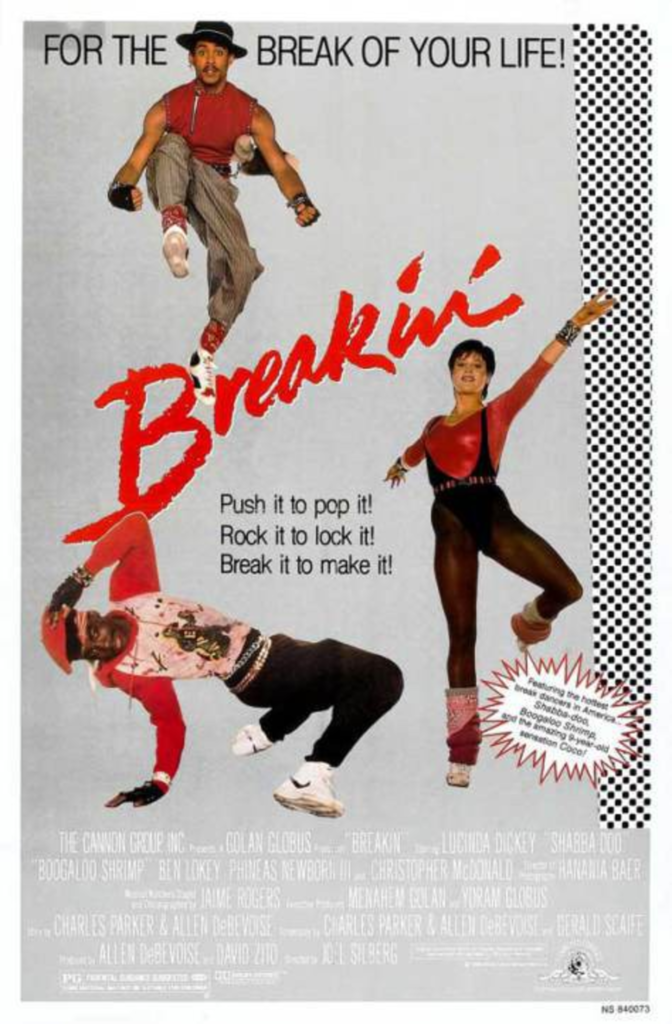 This just handed to me: Actual break dancing is happening on the Central Library’s roof before tonight’s screening of Breakin’ (courtesy of this guy). As though you need another reason to hang out five floors up tonight at 14 West 10th Street.

The 1984 movie, a time capsule of early hip-hop culture, headband-forward fashion and a fighting-trim Ice-T, is the second installment of this summer’s Off-the-Wall series, co-presented by The Pitch and the Kansas City Public Library. It’s also your only chance all season to see a former Miss Kansas contestant (star Lucinda Dickey) act in proximity to, in what’s generally agreed to be his U.S. movie debut, Jean-Claude Van Damme (dancey and bulgy as an uncredited extra), on a big screen. Skip it at your peril, because most people agree that even most people who kind of love it don’t think it’s a classic. (It’s not even 90 minutes long, making it a fine appetizer for whatever you usually do on a hot Friday night.)

Co-sponsor KC Bier Company returns with more free beer, and there’s still a good deal on dinner at the neighboring Milwaukee Delicatessen Company, so your food-and-beverage needs are basically covered. Doors at 8, with a couple of shorts from the Independent Filmmakers Coalition of Kansas City your preview reel, ahead of Breakin’ (which starts around 9, after the sun goes down).

Oh, and local film-reviewing dean Bob Butler and I are your not-at-all-Ice-T-like MCs, channeling just a little of this:

when talking about this:

having just seen an in-person version of this: