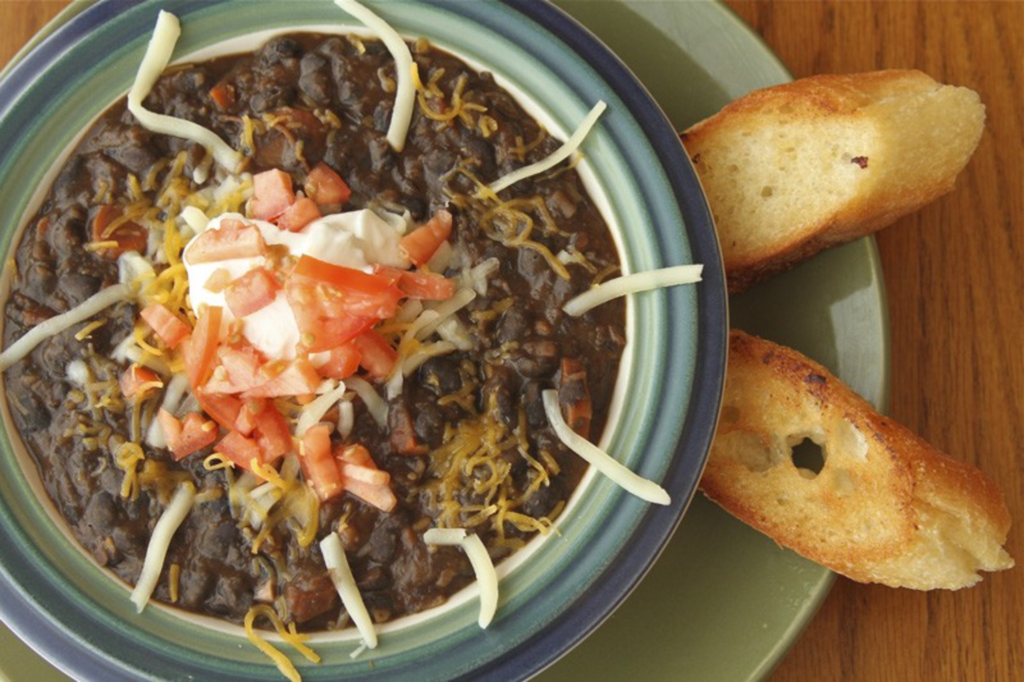 In a perfect world, every neighborhood in Kansas City’s metropolitan area would boast at least a couple of the independently owned restaurants and cafes that are found on or near the Massachusetts Street corridor in Lawrence. I can’t imagine anything more comforting than the thought of rolling out of bed on a frosty December morning, tossing on just enough clothing to be presentable, and walking down the block to a version of WheatFields Bakery Cafe.

The 15-year-old restaurant has long been one of my favorite places in this college town because it reminds me so much of a cozy neighborhood patisserie in Paris. The first time I walked into WheatFields, in fact, I was so dazzled by all of the flaky croissants, cookies and sweets in the pastry cases, I was tempted to order one of everything. It’s still one of my fantasies.

Every so often, when I wake up early enough, I’m inspired to impulsively call up a friend (or two) and goad them to get up and out of bed before dawn in order to drive to Lawrence for breakfast at WheatFields. Lawrence is sort of a long trek for a morning meal, but this Kansas hamlet has such a charming vitality — and, no, I didn’t go to college there — that I sometimes convince friends to stick around for lunch and dinner, too. After all, we’re already there. Why not make it a full day of eating?

That doesn’t happen nearly often enough, I’m sorry to say. But I did lure my friend Carol Ann one recent morning with the promise of a cappuccino and a feather-light waffle drenched in maple syrup at WheatFields.

Carol Ann was fighting a severe head cold and was sniffling and grouchy when I picked her up, but she was still game for the expedition. When we arrived at the bakery, which is sunny and congenial (with a staff so unexpectedly cheery, even at 7 a.m., that even Ebenezer Scrooge wouldn’t stay grumpy for long), the aroma of fresh-brewed coffee and yeasty pastries was an intoxicating jolt after a 45-minute drive and a couple of depressing news reports on National Public Radio’s Morning Edition.

Carol Ann changed her mind about a waffle once we stepped inside and smelled the baked goods. But after looking at a precooked omelet du jour, perched haphazardly in the display case (not really the best visual sales tool for this dish), she decided that a turkey-and-Swiss omelet wasn’t alluring to her, either.

“I want the pumpkin creme caramel,” she announced, “and an almond croissant.” After noisily blowing her nose into a handkerchief, she told the woman at the counter, “I want the frittata sandwich, too. And hot tea.”

You order at the counter at WheatFields, and a staff member brings the hot dishes to the table. In this case, Carol Ann’s breakfast sandwich was served on thick French bread spread thickly with scallion cream cheese and piled with eggs fried with potatoes, mushrooms, green olives and spinach. After devouring most of the crème caramel, all of the superb croissant and a hunk of my fat cinnamon roll, Carol Ann was too full to eat all of the sandwich and took most of it home. Too bad, because this is a sandwich best served hot, when the yeasty bread soaks up the flavorful grease from the fried eggs and spuds, and the creamy scallion cheese is just nearly molten.

I didn’t have the same problem with my ciabattina sandwich, a deliciously chewy ciabatta roll split and stuffed with two scrambled eggs, Swiss cheese and bacon. And as much as I admired the size of the robust, square cinnamon roll, with its delicate icing and hint of sugary glaze, I would have loved it had it been served warm. (Microwaving doesn’t count. Even a short spin turns pastry dense and leathery once it begins to cool again.)

A few days later, I returned to Lawrence for lunch, meeting up with a friend of mine, Debbie, who lives there. She suggested a casual meal at the Mirth Cafe on New Hampshire Street. “It used to be an Internet cafe where all the geeky students hung out,” she said. “But now it’s more about food.”

Our server that afternoon, Shaunna, explained that, three years ago, the computers were taken out of the main dining room — there’s a more recent annex on the other side of the entrance hall — and a tiny kitchen was expanded in order to serve a more elaborate menu, including breakfast all day.

The acoustics aren’t great (it’s a noisy dining room), and the “philosophy” of the restaurant sounds like something from a Hallmark card — “Meals should be joyous occasions flavored with good food and good friends.” But it’s a pleasant, if not mirthful, place with glazed brick floors and high ceilings. The menu is loaded with uncomplicated sandwiches, wraps, hummus and black-bean quesadillas, and breakfast items.

Debbie’s stomach was bothering her, so Shaunna suggested something bland, like an omelet. Debbie must have started feeling better on the spot because she chose a smoked-salmon omelet made with fresh spinach and Swiss cheese. It was delicious and rich.

I was torn between the biscuits with sausage gravy and the vegetarian version, drenched in a mushroom gravy with “meatless” sausage. (The menu offers no explanation, but it’s a crumbled, soy-based product.) I eventually settled on a breakfast burrito, a hefty creation stuffed with scrambled eggs, Italian sausage, red
onions and red peppers. Between bites, Shaunna regaled us with exploits from her trip to the annual Burning Man Festival in Nevada. Her story involved a tragedy with a tiny bottle filled with dried algae. You had to be there.

Returning a few days later, I had an early supper with Debbie (totally recovered from her stomach issues and ravenous) and my friend Bob at Esquina, “the corner.” This bright and appealing ultra-casual taqueria at the corner of Eighth Street and Massachusetts serves “nuevo Latino” food created by Lawrence’s celebrity chef Robert Krause (who operates the restaurant with his wife, Molly, and two partners).

The menu is full of interesting offerings — I resisted the temptation to order everything from the handwritten chalkboard over the counter — and the prices are shockingly low for the high-quality fare. The eight featured tacos, for example, can be purchased for $3 each, or three for about $8. Sure, there might be cheaper, less creative tacos served in other restaurants and taquerias, but the Esquina version of street tacos are so fresh and are prepared with such imaginative ingredients, they feel like a bargain.

We started that meal with a plastic basket heaped with light and gloriously crunchy fried calamari (an unlikely starter for a college-town taqueria), served with a tiny cup of kick-ass ancho-lime coconut cream. This amber concoction was so addictively delicious, I could have drunk a mug of the stuff. At Esquina, the same sauce is used to punch up the habanero-tequila cheese dip, which would be ridiculously bland without it. This white dip is runny and unremarkable otherwise, but dipping one of the crispy corn chips in the sauce and in the fire-roasted house salsa makes for superb snacking.

All of the featured sauces here, which sound almost too exotic for their own good, are memorable. Bob raved about the featured soup, a hearty pozole loaded with puffs of hominy, slow-cooked pork and fresh avocado. Debbie insisted that I taste the spicy, seductively seasoned bowl of Cuban red beans and rice, dappled with cubes of milky tofu and fresh vegetables.

Because the joint is a taqueria, I went for the signature item: a soft flour tortilla stuffed with hunks of flaky pan-seared corvina, fried plantains, a spoonful of rice and — once again — the ancho-lime coconut sauce. Extraordinary. This is a fish taco with style and flair, not the typical lump of deep-fried white fish tucked into a tortilla with a little chopped cabbage.

There are three vegetarian tacos. I was intrigued by the calabaza, which held a vivid-orange pumpkin-and-butternut-squash puree, grilled zucchini and a soothing goat-cheese cream. The Kobe beef taco, the only one served in a crispy corn tortilla shell, was my least favorite. The crumbly beef was dry, and the pickled onion and chili-lime mayo lacked the zest to give the taco enough character.

The desserts sounded exquisite: dulce de leche with ice cream, coconut rice pudding, and cinnamon-dusted fried churros with a chocolate dipping sauce. They’re all made in-house and, mercifully, they’re miles from trashy Tex-Mex confections such as fried ice cream or that Frankenstein’s monster merger of Midwestern tastes and Mexican textures, the “choco taco.”

We didn’t have time to stay for dessert, and I was so perturbed about driving away without sampling homemade dulce de leche that I impulsively stopped at WheatFields for a cookie, just in case I got hungry on the drive back to Kansas City. It wasn’t exactly what I was craving, but as something to eat with my hands on the wheel, it worked just fine.