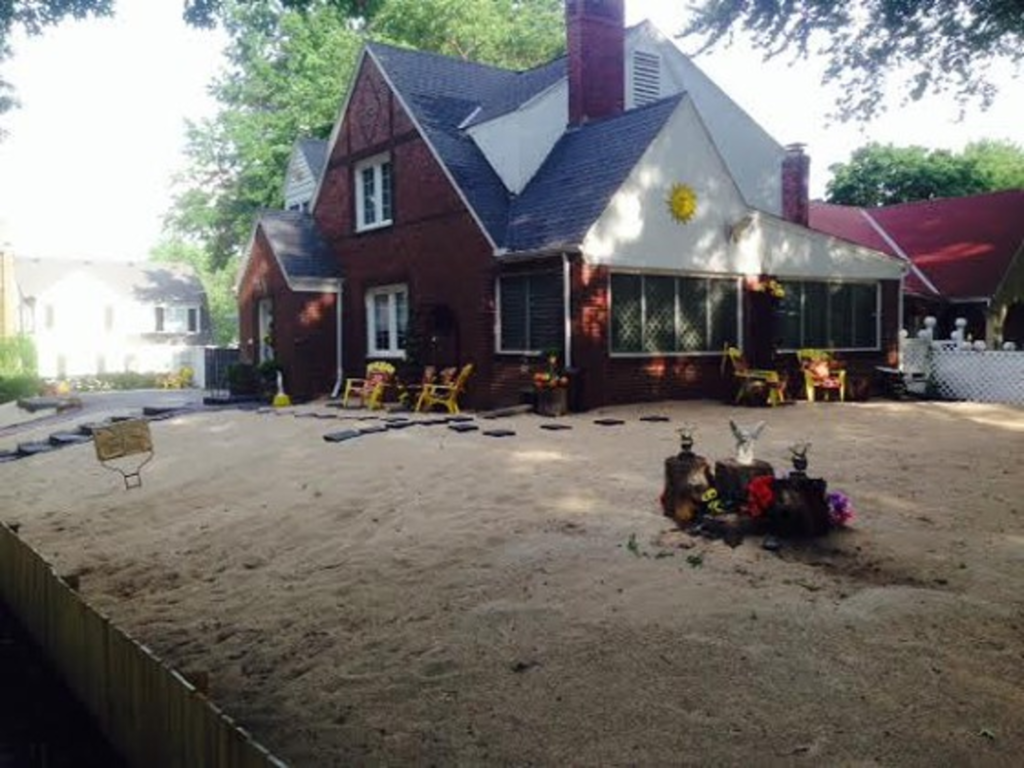 Grass is the stuff that goes in the area around your house, says the United States Department of That’s The Way It’s Always Been and That’s The Way It Will Always Be Here In America. Own a house? Well, then, sir or madam, you’ll need to purchase some sod, fertilizer, hoses, sprinklers, mowers, weed-eaters and other products for your lawn of green grass. Why? Because everybody else has a lawn of green grass. Do you really need to ask why?

And no, you Greenpeace hippie, the rest of us aren’t interested in hearing your concerns about the environmental hazards of all those pesticides and water use. Get to picking those clovers out of your lawn! Unless you want to end up like Brookside resident Georgianna Reid, of course.

Reid, who lives at the southeast corner of Meyer Boulevard and Walnut Street, imported about 80 tons of sand and dumped it into her yard last year. She’s since added beach chairs, sculptures and other yard art, creating a beachy vibe on one of the sleepy, inner-ring suburb’s main thoroughfares.

Neighbors are not pleased about it, KCTV Channel 5 reports.

“I think the house looks revolting with all that is out there,” Edwin Bisby, a neighbor, told the TV station. “I’m sure it’s going to hurt the property values in this neighborhood.” It almost makes you wonder whether Reid even considered the property value of Bisby’s home before she decided to make completely legal alterations to the piece of land she owns.

Others who have complained to the city haven’t had much luck bullying Reid out of her absolutely reckless, totally cuckoo idea to not spend a bunch of time and money maintaining a lawn. Sand counts as landscaping, so she’s not violating any city codes. 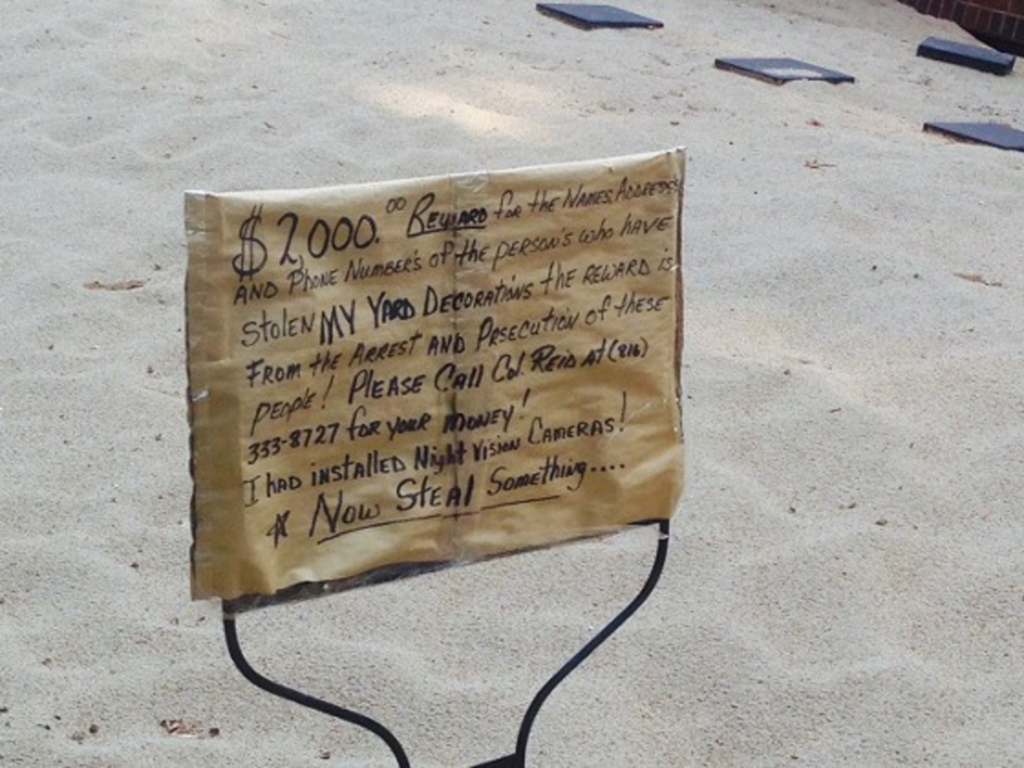 Some local vigilantes have apparently taken the law into their own hands, though. Yesterday, Reid posted the above sign in her yard, which promises a $2,000 reward for the “names, addresses and phone numbers of the persons who have stolen” Reid’s yard decorations. (Call her at 816-333-8727 if you have that information.) And let this be a lesson to the rest of you: Disrupt Brookside’s landscaping traditions at your own peril.