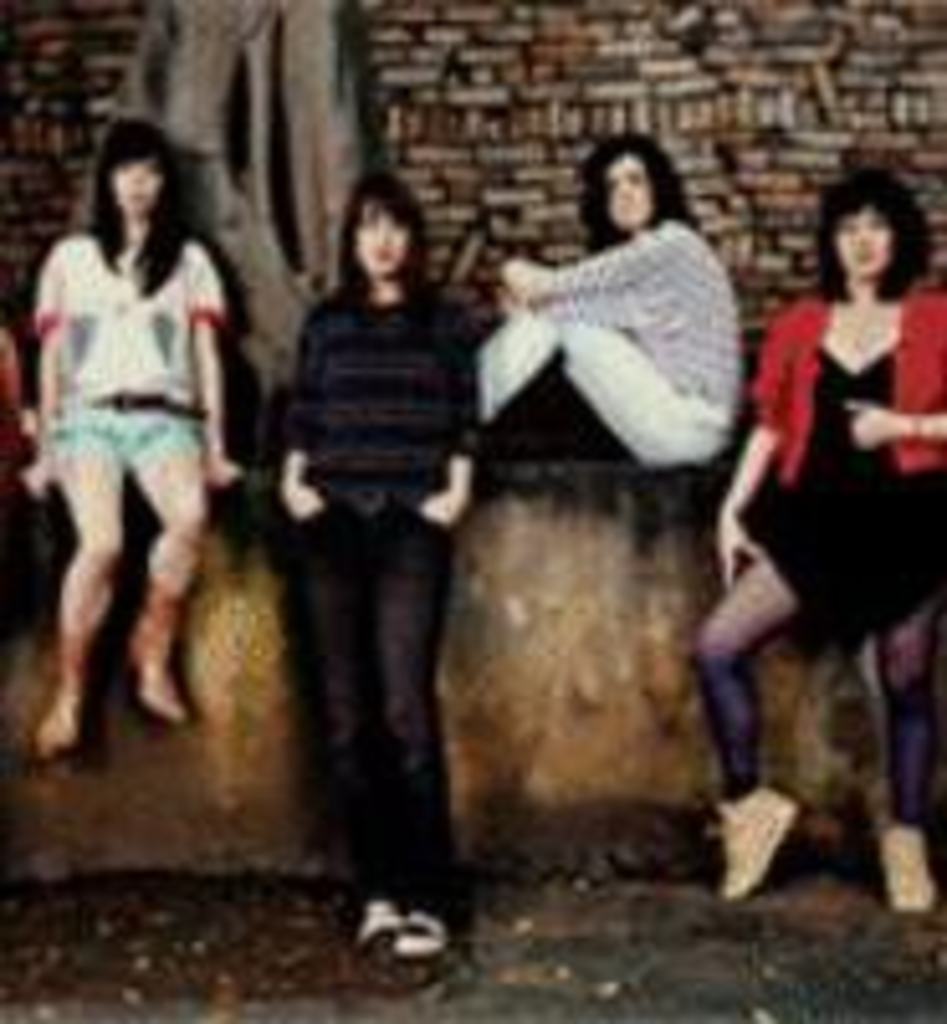 It’s hard to tell, but it sounds like Luísa Matsushita — aka Lovefoxxx, the 22-year-old frontwoman of the Brazilian dance-punk outfit CSS — is excited about her band’s first U.S. tour.

In one Portuguese-accented breath: “It’s gonna be sooooo good because the shows will be our only concern. We won’t have to pay bills, we won’t have to work jobs, brush our teeth, take showers, sleep, eat … well, eating but no brushing teeth … noooo, we’re all very clean! But the bus, if someone takes a crap in the bus bathroom, then it will stink and it will get trashed. They cannot poop, they cannot number two. And I don’t want to stay too close to someone who makes noises while they’re sleeping. But it’s gonna be sooo fun! And if we’re out anywhere and I hear ‘Maneater’ by Nelly Furtado — that song’s so great, right, it’s the best song ever, oh my God, with the drums, the tchhhhhh — if I hear that, I’d better have a swimming suit under my T-shirt because it’s coming off! No, I’m kidding. Oh my God, six, no, five days! I can’t even sleep. I can’t wait!”

If the snarky, smutty sextet is even half as manic, effusive and hilarious in concert as Lovefoxxx is in conversation over the phone from her S¨o Paulo apartment less than a week before hitting American soil, its show could be the most talked-about gig of the summer. Lord knows the five-woman, one-man group’s self-titled debut album is entertaining as hell: Three guitarists slash against live-drummed disco-funk beats and electro programming, building on addictive grooves colored by analog sequences both gritty and goofy.

Lovefoxxx’s vocal personas include the chanty, exuberant riot grrl; the low, cool seductress; the ghetto-fab rapper; and the fashionista slayer. Her subjects include sex, booze, pretentious bitches, douchebag exes and Paris Hilton; song titles include “Music Is My Hot, Hot Sex,” “Alcohol,” “Let’s Make Love and Listen to Death From Above” (a nod to the Canadian dance-rock duo, one of Lovefoxxx’s favorites) and “Fuckoff Is Not the Only Thing You Have to Show.” Thinking of a hybrid of Bis, Le Tigre, the Yeah Yeah Yeahs, Blondie and Peaches would put you in the right style ballpark.

CSS stands for “Cansei de Ser Sexy,” which translates from Portuguese to “Tired of Being Sexy,” which, Lovefoxxx explains, alludes to a phrase that superstar R&B diva Beyoncé Knowles dropped in an interview a few years ago. Active in S¨o Paulo’s art, design and film scenes, CSS’ six members — who range in age from early twenties to early thirties — met one another in club nights and on social-networking Web sites. Despite not being able to play any instruments at the time, they started CSS in 2003, choosing from the beginning to sing in English rather than Portuguese.

“I’ve always listened to music in English, so for me it’s so much easier to write in English — it just came out naturally this way,” Lovefoxxx says. “This is the first band I’m in. I never thought I could sing or write songs, but when I was first starting, I was making verses and I had no idea at all. I would do three verses, then two, then seven, and I’d be like, ‘Hey, I wrote a song!’ and the rest of the band would be like, ‘No, make it four-four-two-eight —it’s easier,’ and I was like, ‘OK, fine, I can do this!’ And then, one of the first songs I came up with was ‘Meeting Paris Hilton.'”

The singer admits that the band’s neophyte musicianship and provocative nature have made it tough for CSS to be taken seriously by Brazil’s music press. And with lines such as I wanna take you home, bitch/Cause I wanna do you good, bitch (from “Meeting Paris Hilton”) and Lick, lick, lick my art tit/Suck, suck, suck my art hole, from scathing ditty “Art Bitch,” Lovefoxxx doesn’t expect anyone in the States to take the band all that seriously, either.

Yikes. The predominant vibe in the CSS camp is euphoria rather than anger, though. The buzz generated by its Web site, its MySpace page and numerous MP3 blogs reached Sub Pop Records, which released the album on July 11 and is supporting the group’s four-month North American jaunt.

“We’re all so excited and so happy about this tour and everything that’s about to come that I think we’ll be smiling all the time and jumping around like crazy onstage,” Lovefoxxx says. She adds that years of seeing live shows in S¨o Paulo have taught her what to do (and what not to do) when she gets in front of an audience.

“I’ve seen a lot of bands, mostly like electro-girl bands. They always bring a lot of objects and toys to the stage, and I think that’s cheesy, you know, like those things if you don’t know how to swim, you go with that in the swimming pool. What’s the name of those things?”

“Yeah! They come with those things on the stage. I like to play with things that are already there, the mic stands and cables and instruments and stuff. That’s more creative, I think. Sometimes I just dance, and I got a wireless mic so I can go everywhere and go into the crowd, and that’s why I don’t play any instruments. I get too excited, and I end up at the other side of the venue, and I can’t make it back to the stage to play a solo.”

And now that the group has signed to a prominent American label and is getting to perform its first shows outside Brazil, what else does CSS have in its sights? “Our next goal is to play in Scandinavia, and at some point in the show, we’ll all put our instruments down, take off our clothes and stage-dive naked!” Lovefoxxx says.

“We’re trying to save it for Scandinavia, but you never know!”