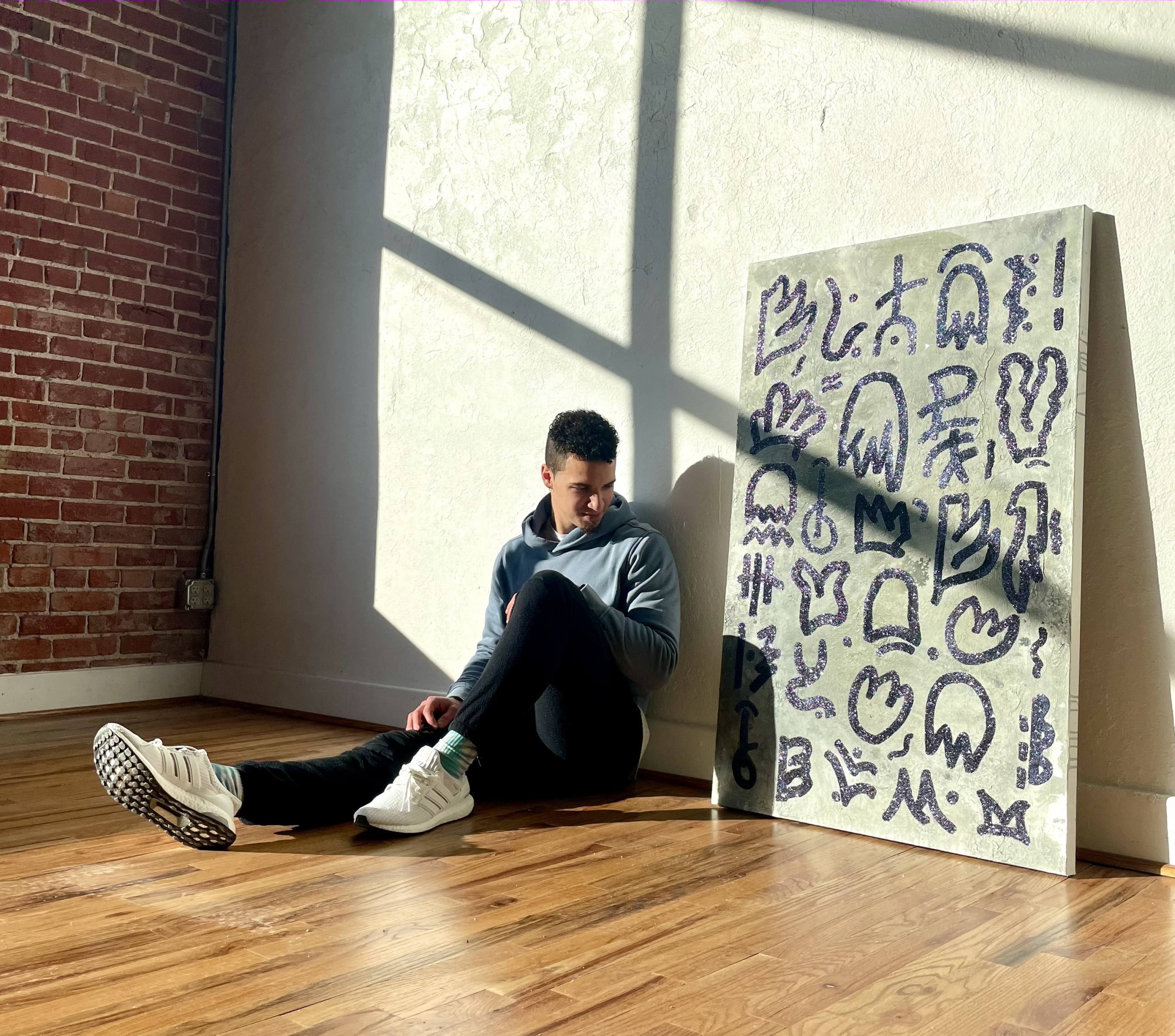 Artist Braxton Fuller is hosting a solo exhibition, titled “Where We’ve Been,” April 15-17.

The exhibition tells the story of experiences, and related emotions, that Fuller had throughout his life. Each piece tells a part of his journey through colors and symbols.

“I’m connecting the viewers to my life and the things I’ve been through,” Fuller says. “This show is a nontraditional gallery showing. Pieces won’t just be hung up on the walls, but are better yet placed to help put the viewers in my shoes. I’ll be using props and studio materials to help walk the user through days in my life. With this show, I’m using the whole experience as a way to connect with others. We all experience joy, pain, loss, sacrifices, love, tragedy, [and] stress. I’m connecting those events through art.”

Fuller hopes to set a tone viewers will use to experience his work using the emotions he had and the emotions they’re currently experiencing.

‘”Where We’ve Been’ is inspired by me but made for the viewer,” says Fuller. “I want to remind people that there is a way through it. ‘We can get past what we are going through, let me show you how.”’

Fuller says that putting on a solo exhibition with little credibility or recognition is a risk, but one that he’s willing to take. The Kansas City area-native has been creating his own language through art for a couple of years now. The signs and symbols that are characteristic of his work are known only to Fuller—he says meaning is placed on the symbols through the viewer’s interpretation.

“The message behind [the symbols] is, you don’t really know what’s going on, but you just know what’s important,” Fuller says. “Something bigger than yourself.” 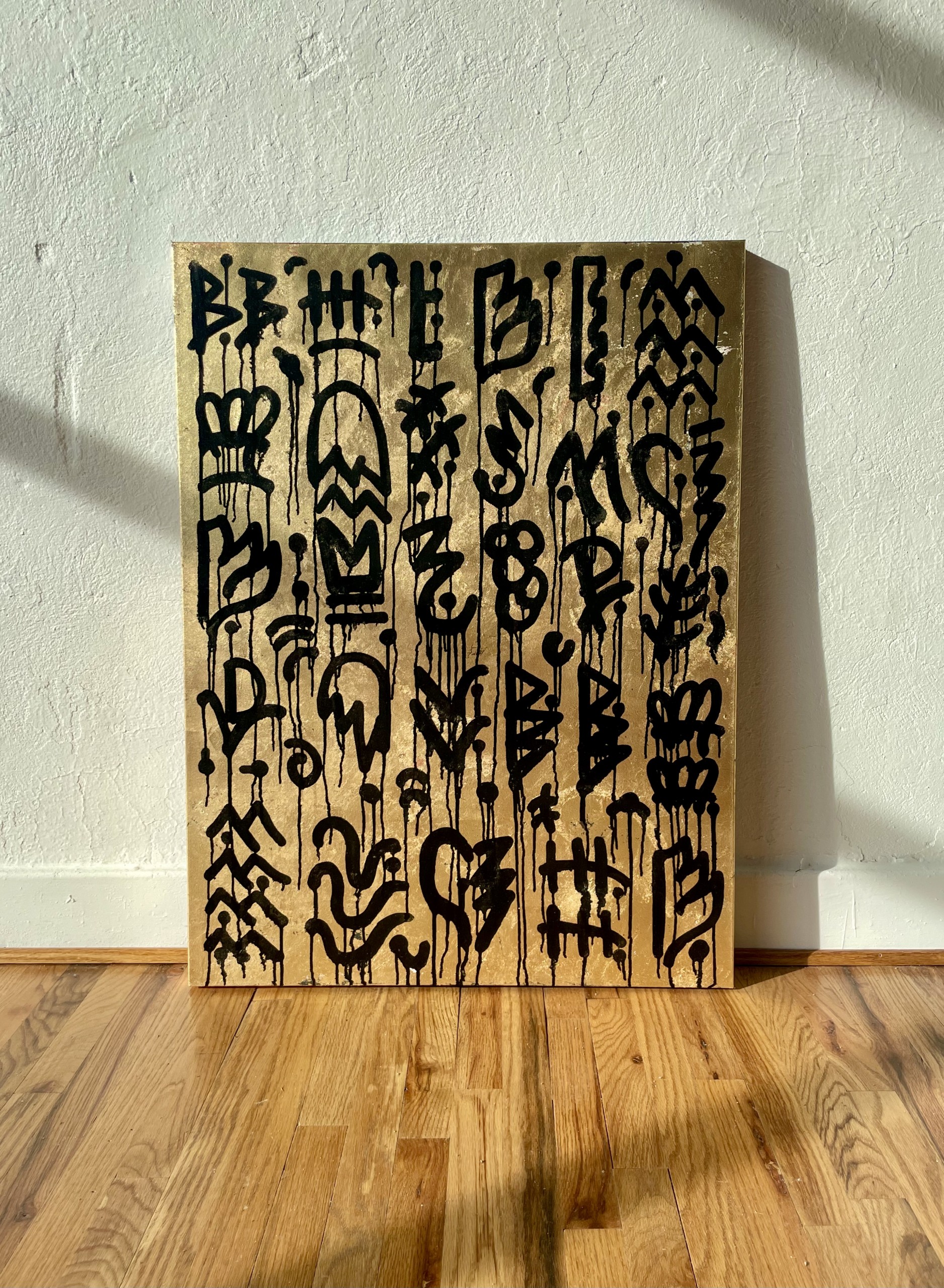 Those symbols created positive feedback for Fuller, which he hopes to grow through this exhibition.

“The responses have been gradually getting bigger,” says Fuller. “It’s almost like the story had to build itself first. I feel like I just had to find my own way. Once I got there, it’s getting I’m getting more traction with it.”

His favorite piece is a white and black piece called “Symbols.” True to its title, it has symbols all over it that create his secret alphabet. “Symbols” acted as the catalyst from which his current style of art came. Fuller says he is creating in his own way in hopes that he can reveal fundamental truths to people.

“I think a lot of the times we judge people, or judge things, like first instinct without really comprehending what’s going on. I just want like people, when they look at my art, to understand there’s more to life than what you see. It’s stuff that’s bigger than you that’s going on—and it’s probably more important than what you interpret it is.”

You can view Fuller’s exhibition on the first floor of 1827 McGee St in Kansas City, Missouri.