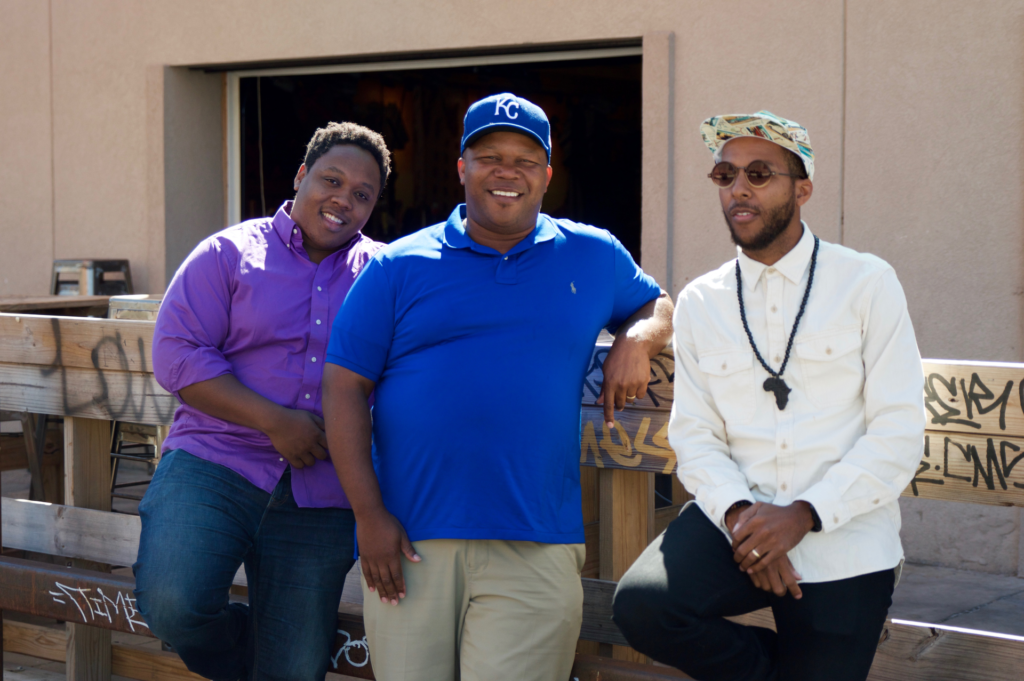 The idea was born in the Blue Room, says Kemet Coleman, the rapper known as the Phantom. “Which is dope to really think about, because that’s the whole purpose of the Blue Room.” Not merely jazz, he means, but also newness, vibrant experimentation, recombination.

Brass & Boujee, in other words — the cross-pollination of jazz and hip-hop masterminded and executed by Coleman, Marcus Lewis and Ryan Davis. Rooted in celebrating jazz while pushing it forward, the free First Friday show unifies three of the area’s most interesting musicians. The music gets underway at 7:30 p.m. outside the Ruins Pub.

Lewis, a trombonist and composer who has collaborated with Janelle Monae, is bringing his Big Band to play original songs he has arranged, as well as a cover or two. Among the material rehearsed: Kendrick Lamar’s “Alright.” Eddie Moore and several of the city’s top jazz musicians will be among those performing with Lewis. Davis, who raps under the name Kadesh Flow, and Coleman will joining in during the second set, featuring big-band takes on their own music.

Davis describes the night as a bucket-list show — the kind of gig he figured he’d do at 50, not 28.

For all three men, Brass & Boujee is just simple math: adding jazz’s legacy audience to hip-hop’s younger fanbase to get to a greater overall sum.

It’s a serious topic for Lewis, whose Future Jazz KC, a nonprofit launching this month, is setting out to bridge generations by providing instruments and music education to kids who otherwise lack access. Maybe a teenager walks by Friday night, gets interested in jazz, attends the program, and plays alongside Lewis one day.

After the October 6 debut, the group hopes to make Brass & Boujee happen around four times a year. But don’t wait for the next one.