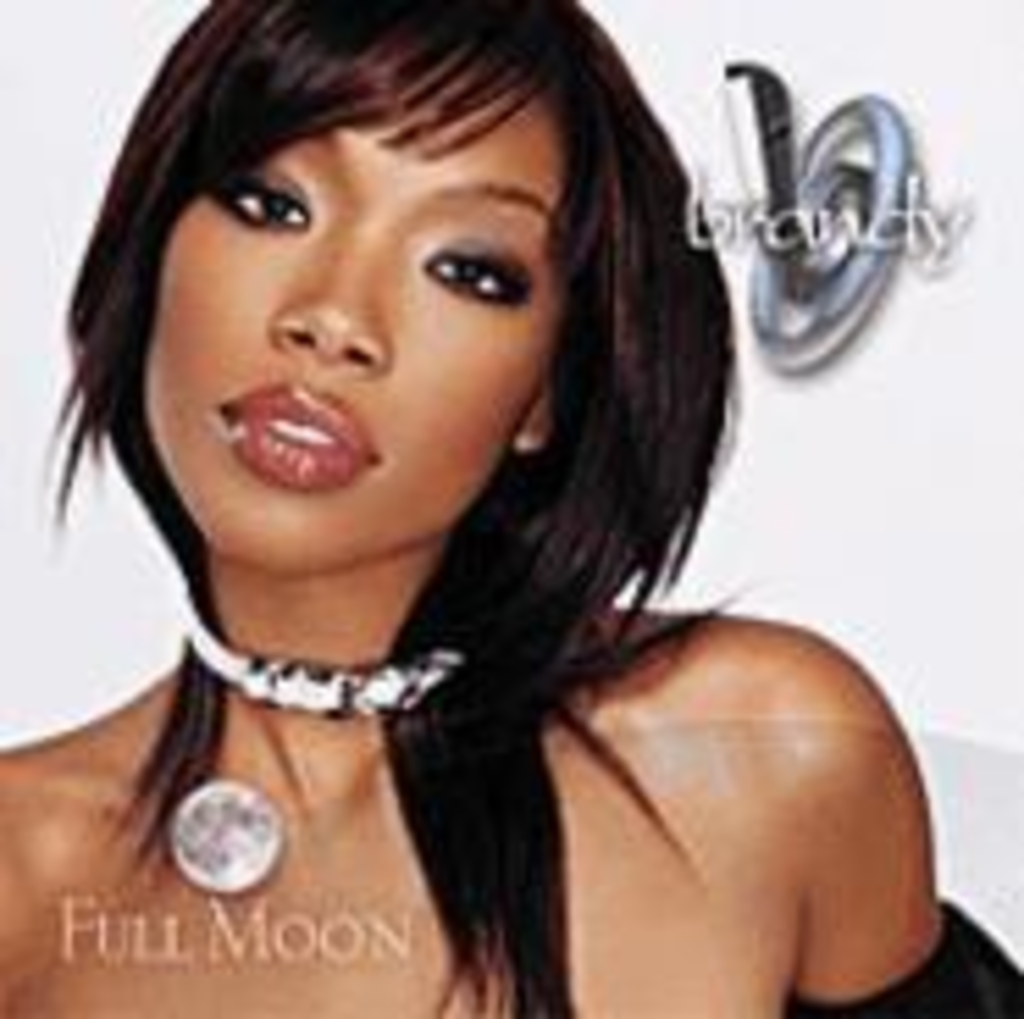 Throughout Brandy‘s recording career, now three albums deep, over-produced tracks have smothered her vocals. On Full Moon, the 23-year-old singer’s latest disc, she again struggles to be heard. Rodney Jerkins, who handled most of the production work, obviously doesn’t have much confidence in her ability to sing. Then again, when she’s given a chance, Brandy doesn’t justify a close-up.

Full Moon marks Brandy’s Janet-style attempt to declare she’s no longer a child, and real-life events bear out her claim — she’s had a nervous breakdown, gotten married and become pregnant. However, instead of proclaiming “I am woman, hear me roar,” Full Moon moans and whimpers through sixteen safe, standard-issue snoozers. The only track with a pulse, “He Is,” complements Brandy’s soft, airy vocals with a beautiful string arrangement. But even that standout song has a dark side, one that plagues the rest of the album as well: irritatingly elementary lyrics. Brandy might be a woman age-wise, but creatively she’s still mired in teen-ager fluff.