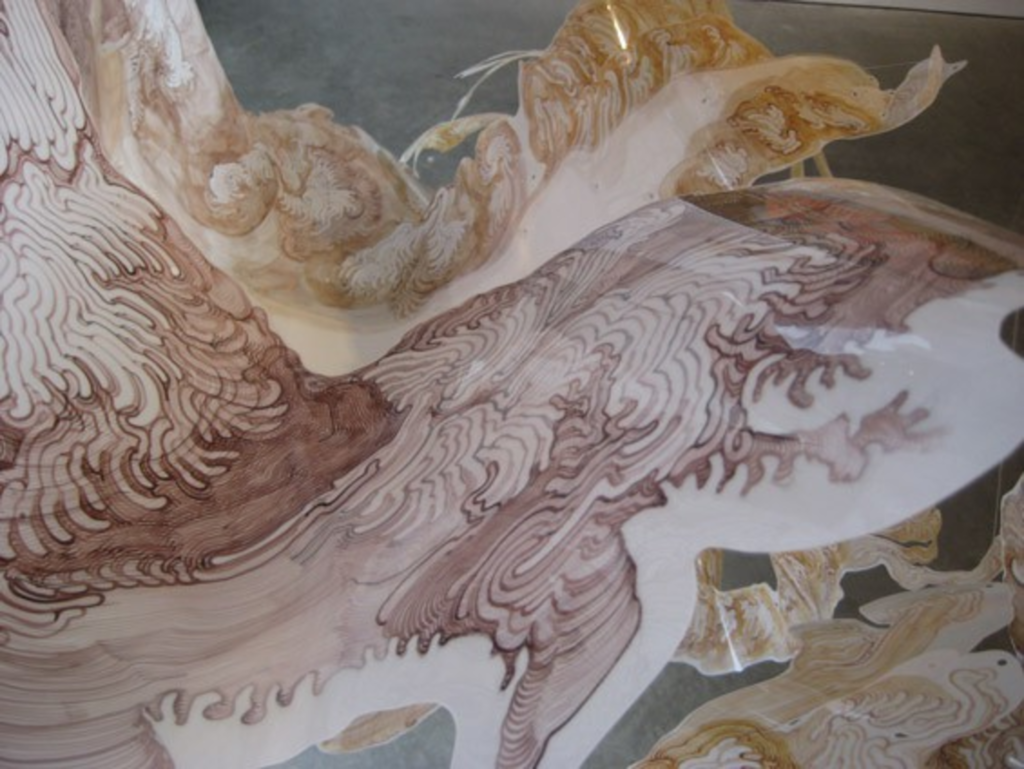 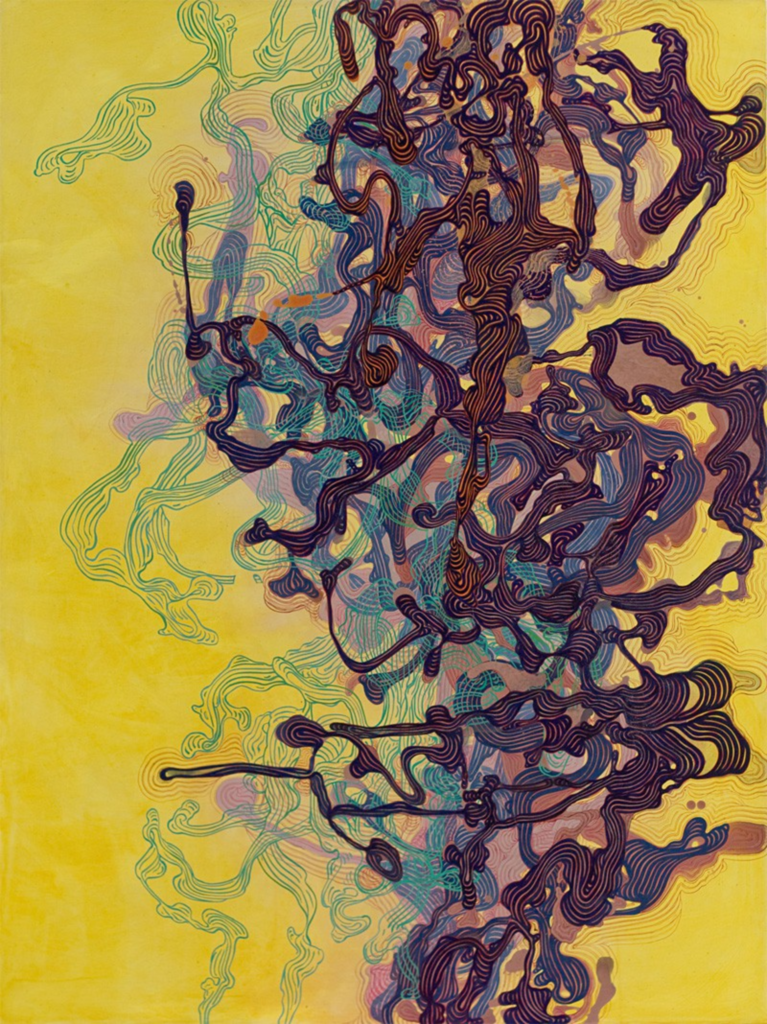 Someday your iPod will break, your tires will go bald, and your neighborhood will deteriorate into the fictitious Hamsterdam narcotics trade zone from HBO’s The Wire. Not because you did anything bad but because physics dictates that everything orderly will eventually fall apart and decay until the heat death of the universe. The Second Law of Thermodynamics is a complete bitch. And the Byron Cohen Gallery celebrates it and other fundamental scientific rules and cosmic events in a smart pairing of abstractionists Linnea Spransy and Amy Myers.

The exhibit highlights, directly and indirectly, issues such as entropy, quantum field theory and orbital mechanics. Though the artists share some technical similarities in their approaches to abstraction, they produce quite different results.

Myers, the daughter of a physicist, is overtly engaged with science and scientific concepts, titling her works with the names of subatomic particles and physics phenomena. “Entering the Higgs Field, Increased Physicality,” a work of graphite, conté and gouache mixed-media on paper, references a complicated postulate from particle physics too opaque for lay art writers to comprehend. But it presents as a gently colorful paper construction of interlocking geometrics arranged with feminine symmetry. Myers’ focus is line work, and she builds up her imagery with deftly executed gestures. Part of the central form has been cut away from the paper on which it was drawn, adding a floral dimensionality to an otherwise flat composition.

“Top Charm” and “Twin Spin” are smaller companion pieces, their titles referring to flavors of quarks. The pieces consist of arcs and shapes interlinked like clockwork. Myers implies physicality with fine lines that evoke crystalline surfaces, as though this abstraction were instead a closely observed still life of something that exists on a nanoscale.

Myers finds some sweet tension between mathematically precise lattices and curved organic forms in “Red Giant Between Earth and Sun,” a large-scale graphite, conté and gouache drawing on black paper. She summons a strange, holy quality with the symmetry of the forms, the starkness of the black background, and the translucent whispers of white conté crayon that edge the work’s central image. Though abstract, the elements again convey the tactile quality of metal and glass surfaces, and they appear to hang in space.

Where Myers is meticulous and sensual, Linnea Spransy is meticulous and cerebral. Spransy’s painting “Precise Disintegration” hints at her strategy: Rows of meticulously rendered parallel lines floating in featureless space — think of vivid, luminous guitar strings — are interrupted by blobs of paint squirted straight from the tube, always the reliable workhorse of the painterly chaotic gesture.

Spransy’s jittery work often seems like Art Nouveau as reordered by schizophrenia or some deceptively simple algorithm that produces unpredictable complexity. “Everything, Everywhere, All the Time” is an acrylic painting on canvas in which she again disrupts an orderly progression of parallel lines and suspended geometrics with random blobs of paint and the organic swoop of brush strokes. To an extent, it’s possible to follow the vectors across the canvas, much as the artist must have, but the lines tangle eventually into unreadable disorder. Her attention to detail yields paintings that demand careful attention.

Spransy explores the limits of the collision between linearity and the fractal edge of chaos in “Meteorology,” a 3-D interpretation of her aesthetic preoccupations. The delicate suspended sculpture consists of layers of Mylar splayed open to the gallery’s ceiling like the petals of a flower, the folds covered in a dense patina of hand-inked lines that evoke magnified computer microcircuitry. The result is an imposing thunderhead.

Were it not for “Meteorology,” her painting “Maelstrom” would have been the showstopper. It has a more assertive color palette than the other pieces, its flowing lines recalling the waves or clouds in Japanese woodcuts. The forms conjure something like a bolt of silk unfurling underwater, its tendrils pursuing the edges of the canvas. “Maelstrom” finds beauty in disorder and weightlessness and the inevitable progression of entropy. True, the Second Law of Thermodynamics guarantees that your cats will die and your roof will collapse, but it also makes your car go, so maybe we can stop busting entropy’s balls and have some simple appreciation of our own inevitable mortality.