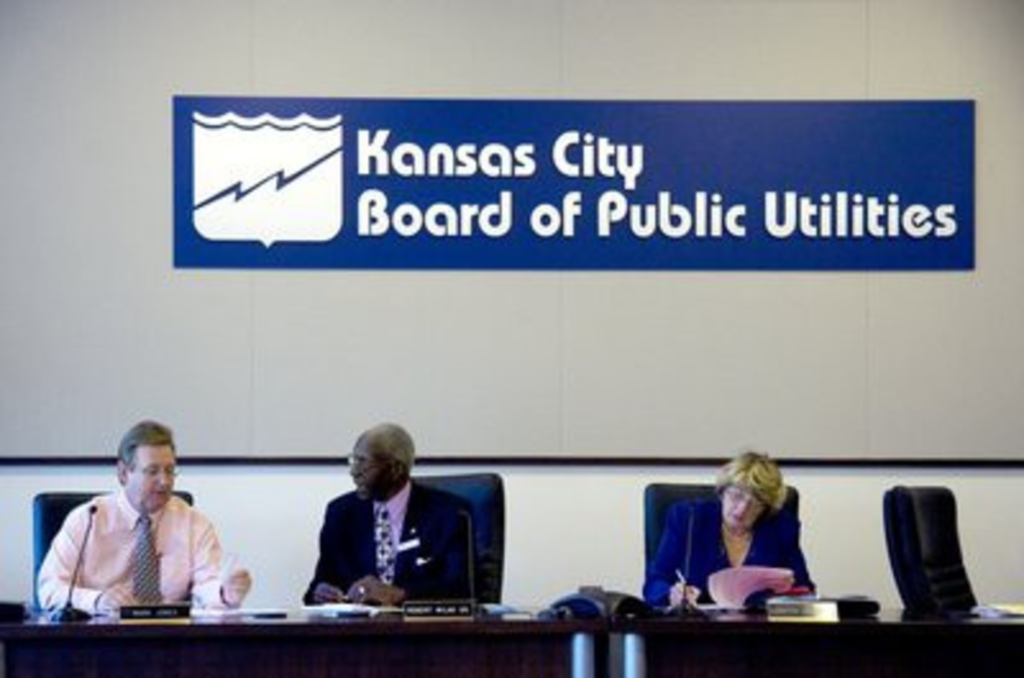 Am I in an alternate reality? I asked that question to another reporter last night as BPU board member Mark Jones (pictured at far left) called for a wage freeze for management and nonunion employees. The other five board members and General Manager Don Gray looked like they were choking on their tongues as Jones talked about freezing wages to avoid layoffs.

Jones said a couple of

customer service employees told him they’d never heard so many

complaints from people unable to pay their bills. Other employees told him that they’d rather have no raise than no job. He said a 4 percent freeze could save the utility $800,000 or more.

just think it’s fair to the utility as a whole, to the people that work

staff wages temporarily, till we determine what the economy is going to

Jones made his motion. The room sat silent for a couple of seconds. No one seconded. The motion died.

decreased its budget. She said Gray would be evaluating benefits and

salaries utility-wide in 2009. Instead, Colombel wished everyone

During board comments, Jones didn’t pass. “I do think it’s a slap in

so many people unemployed in this country, in this city that we live

in. I think everyone could have given in a little bit and done their

part since the community and the board has done so much for them.

meetings. The same Jones who just a couple weeks ago attended a

board watchers could recall him making). Had Jones come to Jesus? Or

was he just angling for another term on the board?

I spoke with Jones for the first time after the meeting. He seemed

disappointed in his colleagues. He also

said a cut in board-member wages was an option. I was frozen in my tracks. — Justin Kendall