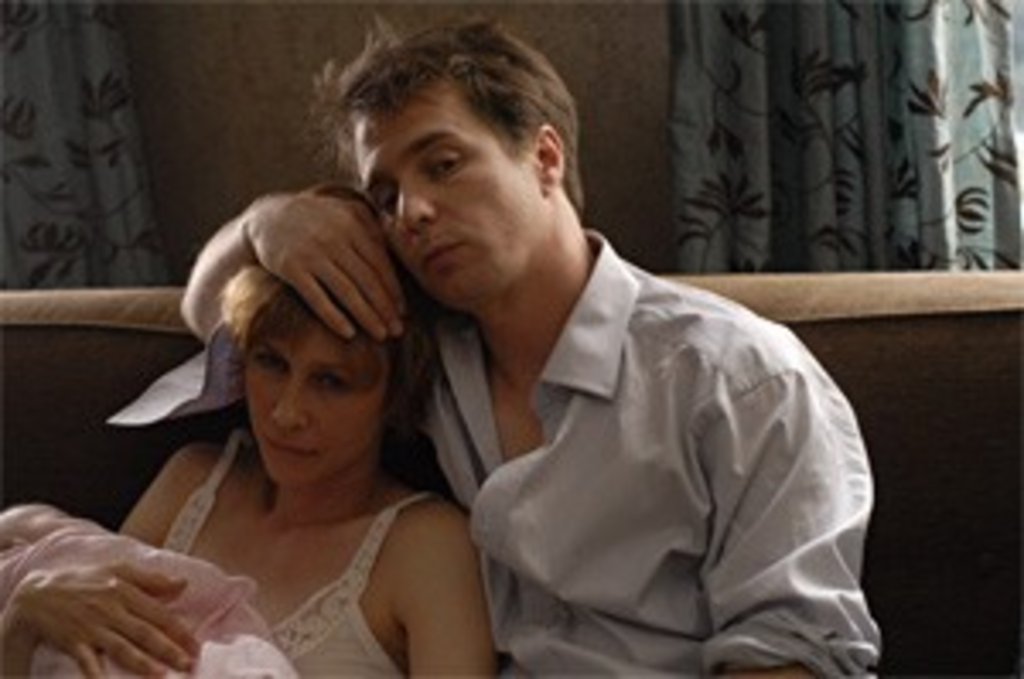 George Ratliff’s movie, a sort of satirical take on Rosemary’s Baby, came and went upon its release; seems no one got the joke about how parents (Sam Rockwell and Vera Farmiga, in this case) are scared shitless of their own children — especially the titular Joshua, played by Jacob Kogan like he’s drained of blood. It was among the better films of 2007: a grim fable about how firstborns are envious of their siblings and how babies are little nightmare machines all on their own, robbing parents of sleep till Mom and Dad turn into irrational zombies, wary of creatures who can’t even walk or talk. Among the extras: Kogan’s audition tape (he was born to play spoooooky), deleted scenes, and a never-before-seen Dave Matthews Band music video, which is scarier than anything in the actual movie. — Robert Wilonsky

Sunshine director Danny Boyle is nothing if not a generous soul: His movie may be a slick, so-so mash-up of every single haunted-house-in-space picture ever made — mostly, it’s Alien set in 2001 — but he kindly includes on the DVD two heretofore unheard-of extras, short films. (One’s by a colleague; the other is by someone of whom Boyle is merely a fan. How sweet.) Also floating around the digital margins of a movie about the dying sun and the astronauts sent to jump-start it: copious deleted scenes worth a peek, Boyle’s commentary, and a separate one from Brian Cox — not the actor, but a British prof who served as Sunshine‘s scientific consultant. His chat’s fascinating, especially the stuff about “the tension” between the filmmaker and scientist as they struggled over their respective compromises. Perfect for film school and science class! — Wilonsky

In the end, James Mangold’s remake of Delmer Daves’ 1957 adaptation of Elmore Leonard’s short story was a little overrated upon its release in the fall. Any movie with an ending that clumsy — wouldn’t dream of spoiling it, except to say Russell Crowe’s bad Ben Wade wouldn’t have done that for Christian Bale’s decent Dan Evans in a million years — doesn’t deserve the free pass 3:10 to Yuma received. On second viewing, the thing’s a little draggy, save for any scene featuring the kinetic Ben Foster; it plays like the world’s slowest video game, with everyone getting picked off till there’s but two men standing. And the extras don’t do much to bulk up the package: three makings-of about the import of the modern-day western and deleted scenes worth shooting off a log. — Wilonsky

A best-of-’07 list-topper, David Fincher’s epic about the quest for the infamous San Francisco serial killer was also retooled for limited release; seems it needed to be longer by four minutes — the mark of the truly obsessive. But, as Fincher recounts on one of two commentary tracks (the other features Jake Gyllenhaal, Robert Downey Jr., and novelist James Ellroy, worth the dough right there), Zodiac is also “oddly personal”; hence the new redo and a commentary track that bares every head-scratching, heart-pounding detail, down to the use of the old Paramount logo at film’s start. Speaking of obsessive, this double-disc collection, brimming with visual-effects extras and code-cracking bonuses, comes with a new feature-length film — this one a David Prior-directed doc about the Zodiac investigation that’s creepier than the attendant fictional re-creation. For obsessives only, like you couldn’t tell. — Wilonsky