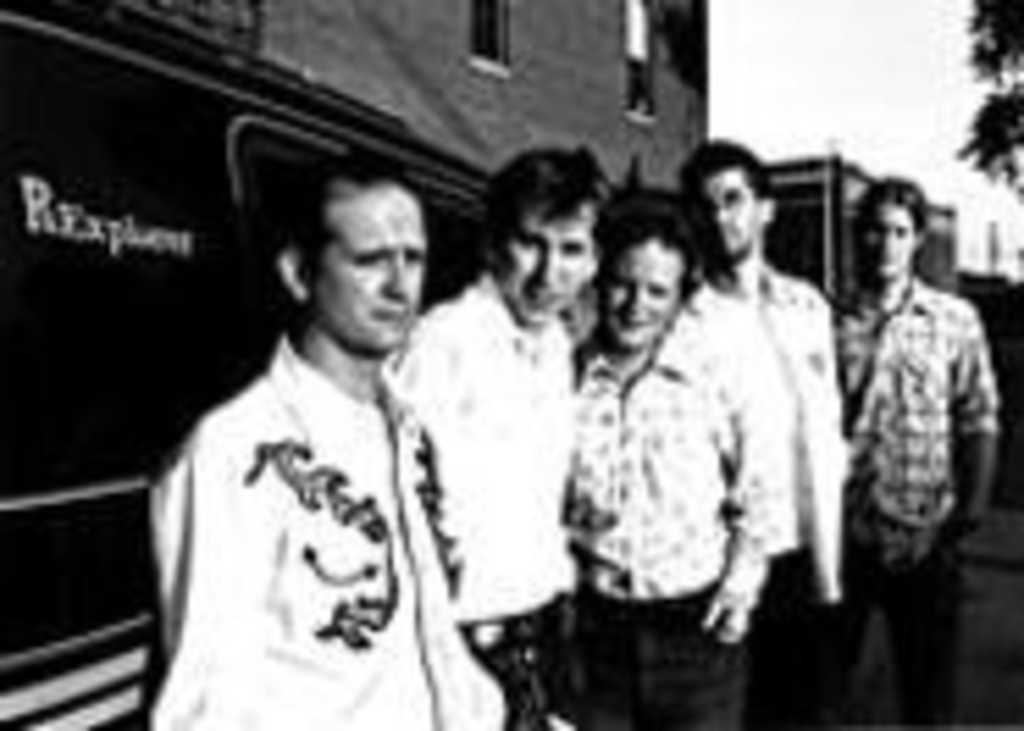 In rap, you have the studio gangster; in sports, it’s the paper champions; and in country music, they’re called the urban cowboys — all people who make a living pretending to be harder, tougher and rougher than they really are.

Is Rex Hobart an urban cowboy? Well, if you consider that he makes his home not too far from the city’s Country Club Plaza and his closest recent bovine contact came from last year’s Cows on Parade, maybe. But if you’ve given a listen to either one of his releases with the Misery Boys or happened upon his fantastic (if fabricated) life story on the band’s Web site, then you know he most certainly is not. Still, he had trouble convincing even himself of his country credentials when he first arrived in Kansas City more than a decade ago.

The reason for that trepidation: Hobart relocated to Kansas City from South Central (Missouri, that is), where country music is as much a part of daily life as chores and the hog report. The only thing Hobart knew then was that he did not want to play country, so, like many rebellious young men, he turned to music that was loud, obnoxious and completely different from what he’d previously encountered. Fronting the post-punk group Giant’s Chair, Hobart played a seminal role in birthing KC’s indie-rock scene.

“I think that both bands are probably too loud,” says Hobart, finding one similarity between Giant’s Chair and his Misery Boys, “and I don’t know if that has to do with our playing or our hearing; maybe both.”

Hobart has a much easier time describing the differences between his musical pursuits. “With Giant’s Chair, it was more of an abstract affair, trying to create a new sound, and Rex Hobart is more of an established form, so I guess that’s how they relate, in that they’re diametrically opposed to each other,” he explains. “I don’t think there could have been one without the other, though, and I think the rock stuff was a process of elimination in a lot of ways. With Giant’s Chair, it got to the point where I had exhausted the possibilities of what you could do with weird chord progressions. The rock stuff was probably a reaction, and the country stuff has probably come as a reaction to the rock stuff that I did. I’m a firm believer in the swinging pendulum.”

Thank God the pendulum swung when it did. Giant’s Chair was a band revered by musicians and other audiophiles in the region, but Rex Hobart and the Misery Boys have grown to become one of the most distinctive acts ever produced by this area. Critically lauded and able to wow audiences nationwide with their skill and superior showmanship, Rex and his posse seem to possess unlimited potential. But Kansas City isn’t Nashville, and there is a ceiling to the success a honky-tonk band can experience around these parts. Not that this seems to bother Hobart.

“When we first started, it was us seeing if we could do this, because it sounded like fun,” he recalls. “Then, because the band has come this far, and we still have a label, every time something new happens we’re like, ‘OK, let’s see how long we can ride that.'”

So far, the ride’s been pretty good for this indie-label band celebrating its fifth birthday, due in large part to the Misery Boys’ unconventional — yet uniquely Kansas Citian — definition of success. Holiday parties? Not for Hobart. “We got the family stuff out of the way early, and my wife and I took a little trip down to a cabin and holed up for a coupla days.” Early slot at a New Year’s Eve show nine hours away? Not a problem. “We didn’t have to play ‘Auld Lang Syne,’ and we were lucky in that respect. Since we went on early, we got to get done and get our party on!” Feel your type of music is slighted in Nashville and perpetually overlooked by country-music fans? Look the other way.

“We might be more ‘successful’ if we knew more about what we were doing or if we were more motivated towards some kind of ultimate success,” Hobart admits. “I mean, it’d be nice if we could make more money at it, sure, but we don’t think that much about Nashville. If we’re flipping around on the radio and find some ‘new-country’ station, we have a lot of fun tearing it apart. But we all realize that all music, however nefarious it might be, is still serving a purpose. And we don’t deliberately try to set ourselves up as opposites of that when we’re writing, but we feel we have a mission, too: to preserve these sounds that we’re responding to. And that seems to mean more to us than Nashville sounds do now. Granted, the sounds we’re feeding off were ‘new country’ at the time, but we’re not responding the same way to pop country right now.”

Well, at least if Hobart is an urban cowboy, he’s not that type of urban cowboy. His sincerity comes through in conversation just as easily as it bleeds through his music, a fact that makes him an enlightening interview at a time when even local open-mic masters have seemingly unchecked egos. And the fact that Hobart’s songs aren’t about wily coyotes and homes on the range — he usually describes using the vitriolic powers of bourbon and ale to cope with misfortune — makes him less urban cowboy than urban poet, one that uses heartbreaking honky-tonk tunes to tell his tale of woe. Hobart shuns this title of lost-love’s laureate, but he does leave these words of wisdom.

“It really doesn’t matter what people say; you’re gonna have to find your own way through stuff,” he says. “People ask about the catharsis of country, and I’m still thinking about that…. I don’t know if it’s good or bad. But I do know if I’m down, and I hear a story or a song that makes me realize, ‘Damn, that’s so much worse than I’ve got it,’ then that makes me feel pretty good.”