Let’s start with the best part: the second-floor beer hall, which features 24 taps, several of those pouring test beers. (I sampled Cranberry Orange Radler, Milk Stout, Helles, Black Walnut Ale and cider.) Don’t expect to see TV monitors tuned to the Royals game, though. There are none. This place is about the beer — and interacting with family and friends. You can play board games or foosball, and you can take pictures in a photo booth, an older camper that Boulevard bought from Fresher Than Fresh Snow Cones.

“We really wanted the vibe to be similar to our old tasting room,” says Amber Ayres, Boulevard’s director of tours and recreation, “which was really like a social hangout with your family and friends. Talk, try beers, talk about the beers … and it felt like we wanted to continue that here.” 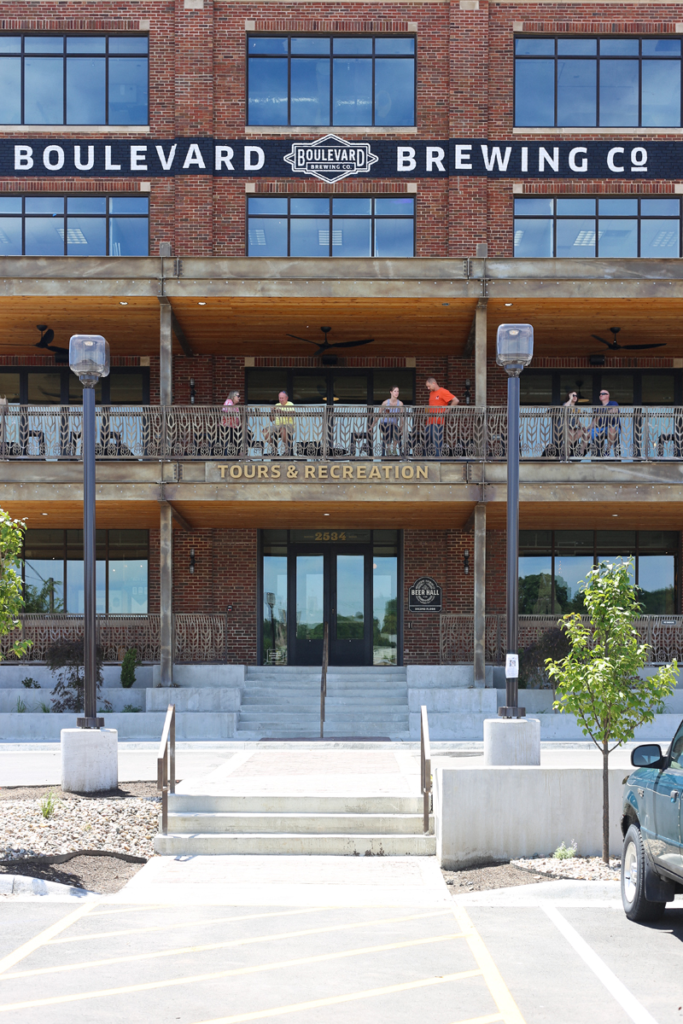 The beer hall extends to a second-floor deck overlooking the West Side, giving views of the brewery, passing trains and downtown Kansas City. It’s one of the most peaceful spots in the metro, and the beer-hall doors open accordion-style, so you can expect fresh air once the weather cools down.

Within the beer hall is a kitchen window where you order from a limited menu of meat-and-cheese plates, vegetable trays, pretzel dogs, bar snacks and sweets from Dolce.

“We have pretzel dogs — Farm to Market is making the dough with Pale Ale in it,” Ayres says. “Fritz’s Sausages is providing the sausages.”

“We knew that we wanted to serve food, but we also knew we didn’t want to be a restaurant,” says Jeff Krum, Boulevard’s vice president of corporate affairs. 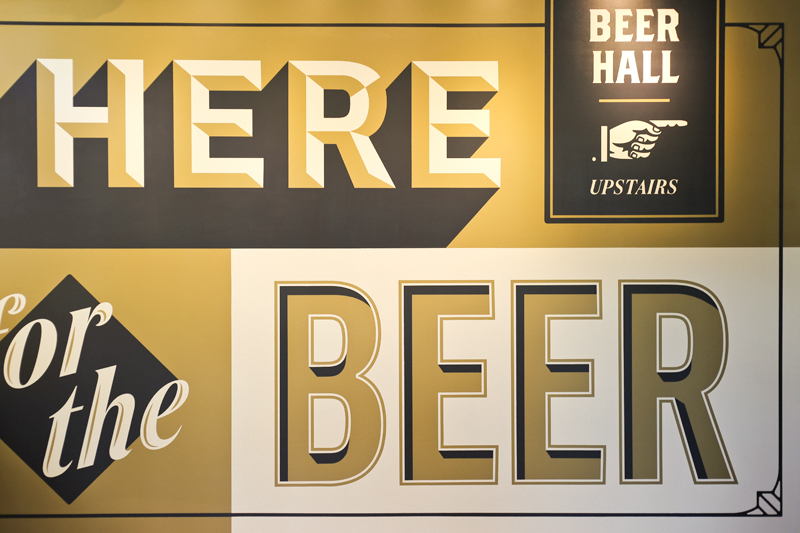 The reason this new space exists is to help space out the demand for the first-come, first-served brewery tours, now in the the thick of peak season (Memorial Day to Labor Day).

“We’ve known we’ve had a big problem for years now,” Krum says. “We’ve always been turning people away and every year it’s more and more and more. So I’ve had my eye on this building for a long time, because I figured we could do just that: an expanded visitors center.”

“Before, you’d come here at 11 o’clock, and we’d be already sold out of free tours,” Ayres says. “So it was just disappointing people all day long. All this week, we’ve filled every tour, but you can come in at 3:30 and get on the 4 o’clock tour, which to me is a dream come true.”

While you wait for a tour, there are exhibits on the first floor — how to make beer, the history of beer, and the story of Boulevard, courtesy of design and filmmaking collective MK12 — to keep you occupied. There’s also an expanded gift shop and tablets that will help you find where you can buy Boulevard beer.

“We tried to make everything interactive and hands-on,” Ayres says.

An example: Push a button and the inside of a barrel lights up so you can learn more about the barrel-aging process.

Tucked behind the gift shop is a 100-seat tasting room, where the daily tours wrap up. (It’s open only to people on the tours.)

“This is the big game changer for us,” Ayres says. “In the old tasting room, you had tour traffic and also people who just wanted to sit down and have a beer, all in the same room. It was just difficult to manage the flow of people, so it’s nice to have a separate space for that.”

Those tours are worth it, especially to sample the test beers available in the tasting room. (On two of the eight taps now are an excellent English-style barleywine and a German-style schwarzbier.) 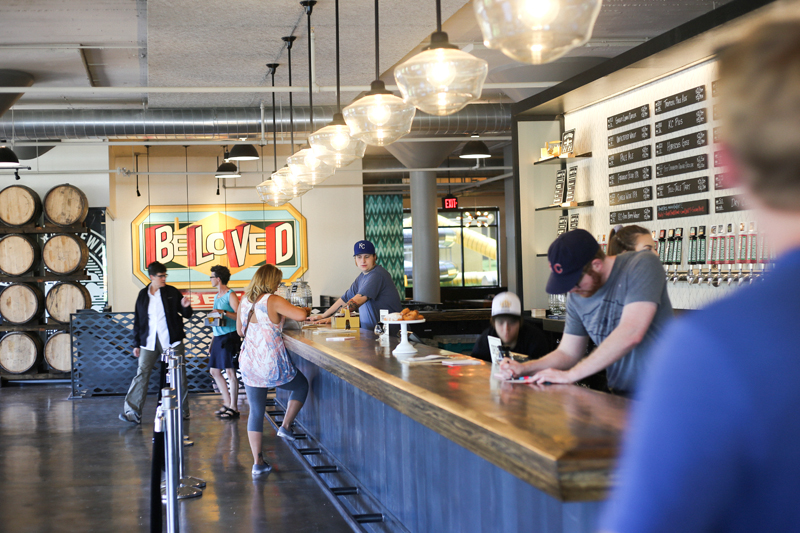 As for the beer, expect more experimentation.

“We’re going to use this as a living laboratory,” Krum says. “We’re constantly innovating, making new beers. It’s a great place for people to try them.”

In other Boulevard news, Rye-on-Rye X — Sazerac is out this week. I’m a big Rye-on-Rye fan (and an even bigger fan of Rye-on-Rye-on-Rye, which is on tap now at the beer hall), so I’m looking forward to trying the latest version, which mimics the classic cocktail. This Smokestack Series limited-release beer (11.8 ABV and 29 IBUs) is available in 750 ml bottles.