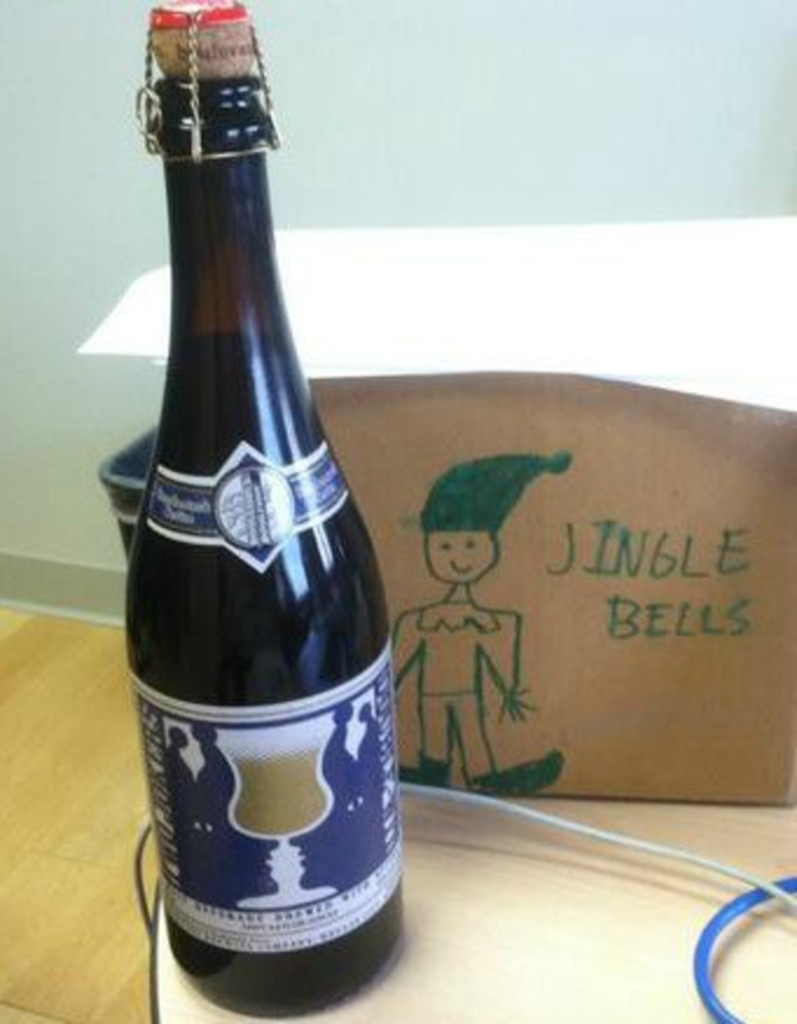 The Belgian-style white beer’s return to taps precedes its second coming in 750 ml bottles in stores on Tuesday, July 8.

Boulevard says it employs “a traditional sour mash technique” on a quarter of the total batch in brewing Two Jokers, and it gives the cooked grains several days to cool and acidify in the kettle. Then coriander and orange peel are added.

The malt beverage (15 IBUs and 8 percent ABV) is spiced with cardamom, lavender and peppercorns. A Belgian yeast is used to give it a fruity aroma with traces of banana and clove.

Last week, Boulevard gave us a bottle of the Smokestack Series summer seasonal to taste. The pour is a darker orange with a frothy head. It lives up to its tart, spicy, citrusy billing. I could definitely detect the orange peel.

Two Jokers is another limited release, so get it while you can.