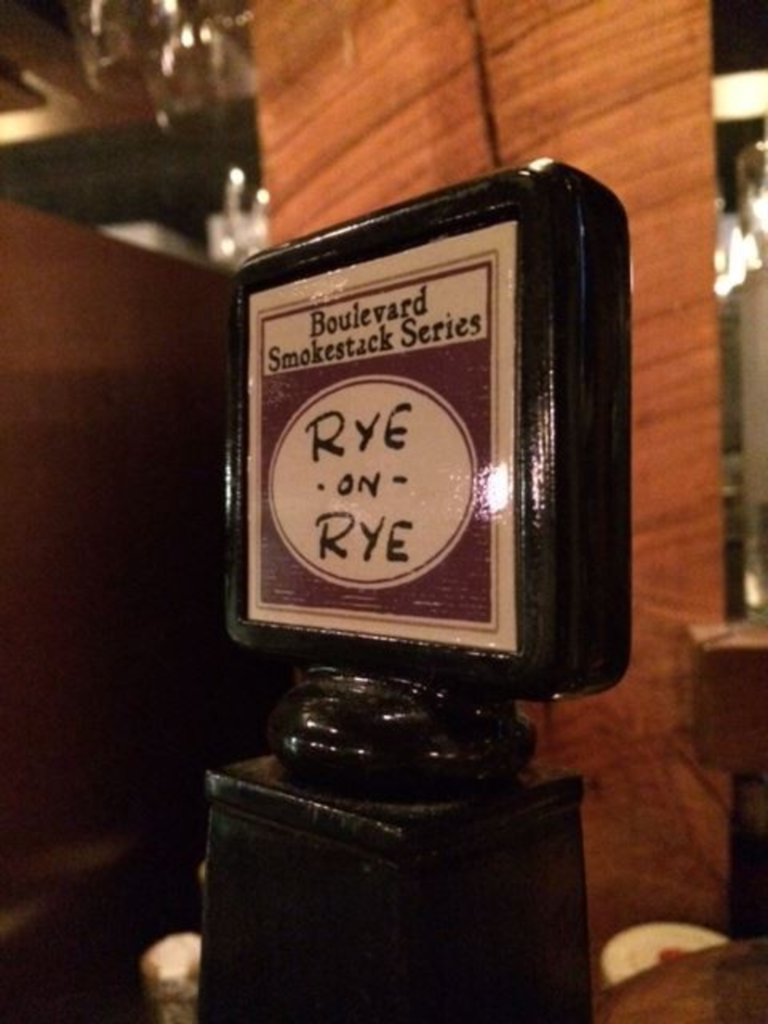 If you haven’t sampled Boulevard’s Rye-on-Rye yet, here’s your chance. Tannin Wine Bar and Kitchen (1526 Walnut) tapped a keg of it Monday afternoon (via Twitter).

We confirmed that Rye-on-Rye is still flowing at the Crossroads wine bar as of this morning. No word on how many kegs they have or how long it’ll last.

Boulevard describes the beer’s creation this way: “Why not brew a rich, tawny rye ale, then mellow it in the warmth of charred oak rye whiskey casks? Two kinds of malted rye provide spicy sweetness, giving way to notes of caramelized wood and the citrusy tang of Citra and Ahtanum hops before easing into a dry, lingering finish.”

Rye-on-Rye has been well-received by beer drinkers. Beer Advocate rates it “outstanding” with a score of 94.

Where else are you drinking Rye-on-Rye?