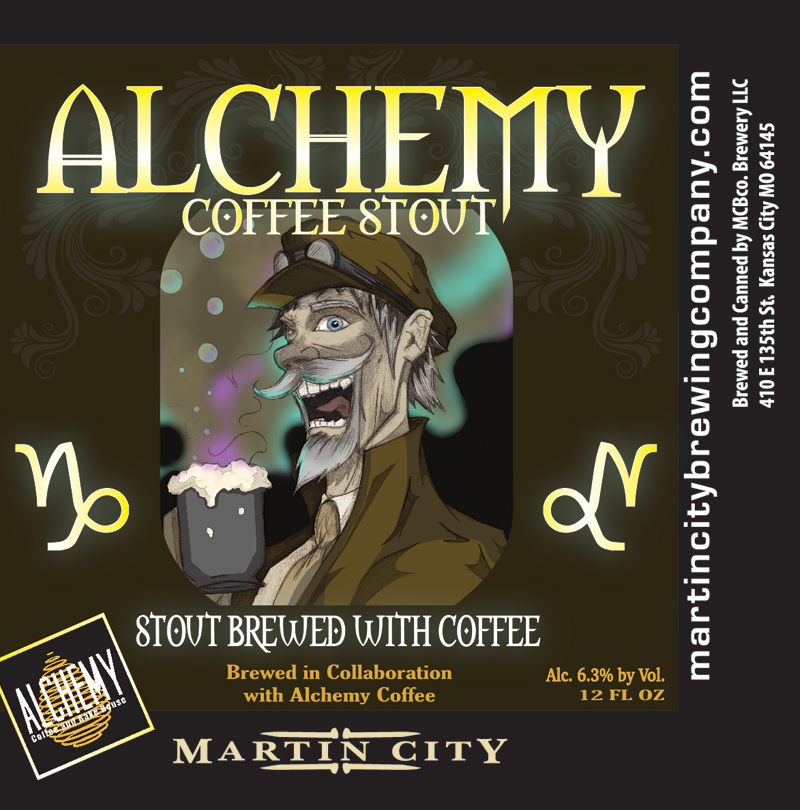 The year’s last major beer festival arrives this weekend, with the fourth annual Arts and Crafts Festival at Screenland Armour (408 Armour Road, North Kansas City). Once again, it’s a mash-up of music, film and beer programming: a three-day marathon of eight bands, 18 movies and more than 200 beers to try. The party kicks off at 5 p.m. Friday, with beer pouring from 6 to 10 p.m.

Tickets range from $30 to $140, depending on whether you want to attend a single session or hit all three days with VIP treatment (T-shirt, cup, early access, a ticket to 18 movies). See the full beer, music, and movie lineup at artscraftskc.com.

Beer Me? Beer You

Hopheads in Kansas, take note: Stone Brewing Company’s Enjoy By 12.25.16 Unfiltered IPA is out this week.

Now that the weather is finally approaching seasonal-appropriate temperatures, you can and should enjoy Boulevard Brewing Company’s Nutcracker Ale. The winter warmer goes down like liquid caramel, and is available only through December. In other Boulevard news, Early Riser Coffee Porter, a collaboration with Maps Coffee, returns in early 2017.

Colony Espresso & Beer (312 Armour Road, North Kansas City, Missouri) decks its taps for a Christmas party at 6 p.m. Saturday, December 10. The agenda includes a sneak peek at its brews, including a one-night-only brown-ale release. Tickets are $50 (colonykc.com) and include all you can eat and drink.

Speaking of breweries and coffee shops working in perfect harmony: Martin City Brewing Company and Alchemy Coffee are holding a release party for their coffee-stout collaboration at the Burger Stand at the Casbah (803 Massachusetts Street, Lawrence) from 4 to 6 p.m. Expect Alchemy Coffee Stout, Monk in Scotland, Bourbon Barrel Abbey and Abbey on tap.

You get a second shot at trying the aforementioned new coffee stout at Gaslight Gardens (317 North Second Street, Lawrence) at 6:30 p.m. Alchemy Coffee Stout should hit the Kansas City market on Monday.

Get brewing advice and learn why where you brew your beer matters as author Stan Hieronymus discusses his new book, Brewing Local: American Grown Beer, at Crane Brewing Company’s taproom (6515 Railroad Street, Raytown). Crane founder Michael Crane will give Heironymus a tour of the brewery, with the public invited as well. That’s at 3:30 p.m., after which the two sit down for a discussion about yeast and how the flavor of a place is imprinted on a beer.

Rock & Run Brewery (110 East Kansas Street, Liberty) is hosting a five-course Boulevard Beer Dinner. The menu pairs cheese poppers (made with Green Dirt Farm’s Wooly Rind) with Saison-Brett, a pumpernickel loaf and whiskey-cured salmon with Rye-on-Rye-on-Rye, and a bourbon-caramel panna cotta with Nutcracker Ale. The dinner runs from 6 to 8 p.m.

Want to make the leap from brewer to distiller? Grain to Glass’ Distilling for Homebrewers class could be your thing. It’s at the Restless Spirits Distillery (109 East 18th Avenue, North Kansas City) from 7 to 10 p.m. The session costs $25; tickets and more information at brownpapertickets.com. •