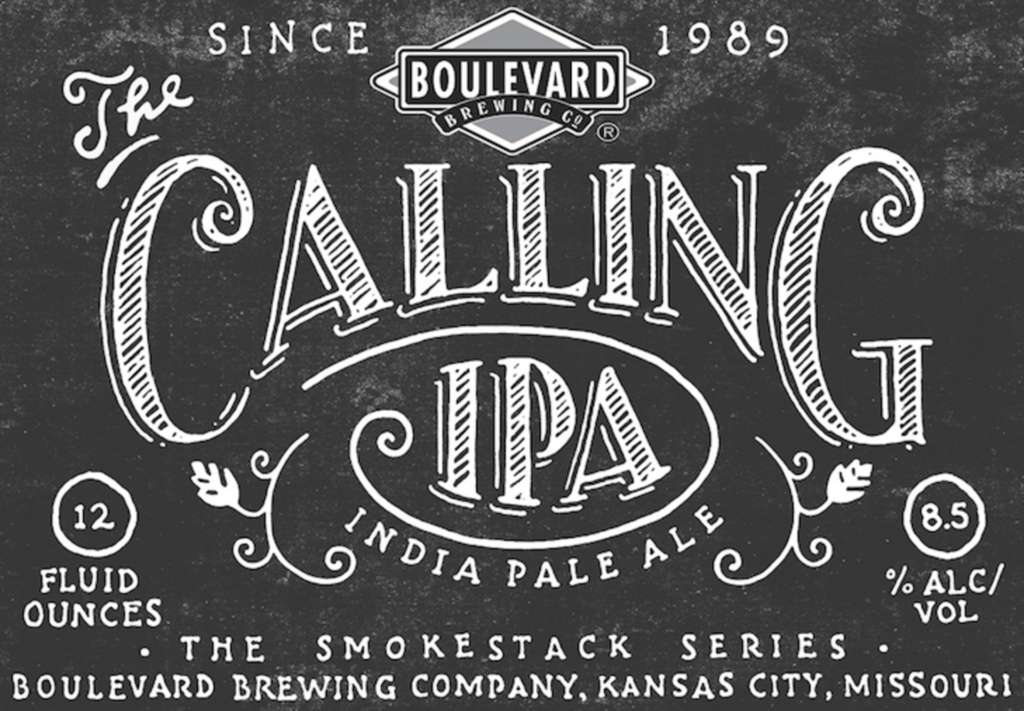 Boulevard announced the Calling’s arrival on social media this afternoon. If you’ve been to Boulevard’s taproom lately, you’ve likely sampled this IPA (8.5 percent ABV, 75 IBUs). And there’s no need to get panicked about finding it: The Calling is a year-round beer.

After it arrives on draft, Boulevard will release the Calling in four-packs of 12-ounce bottles. The date for getting bottles of the Calling hasn’t yet been announced.

Boulevard ambassador brewer Jeremy Danner described the Calling in his blog post as “an IPA with a juicy, tropical fruit aroma that leaps from the glass. A simple malt base composed solely of our two row base malt serves as a platform for giant, punchy hop flavor and aroma provided by a blend of Simcoe, Bravo, Topaz, Cascade, Mosaic, Equinox, Galaxy, and Amarillo hops.”

Can you say hop-forward?

Boulevard is launching the Calling with a release party at Charlie Hooper’s (12 West 63rd Street) at 6 p.m. Wednesday, February 18. Boulevard will be giving out samples along with brewery swag. More details here.