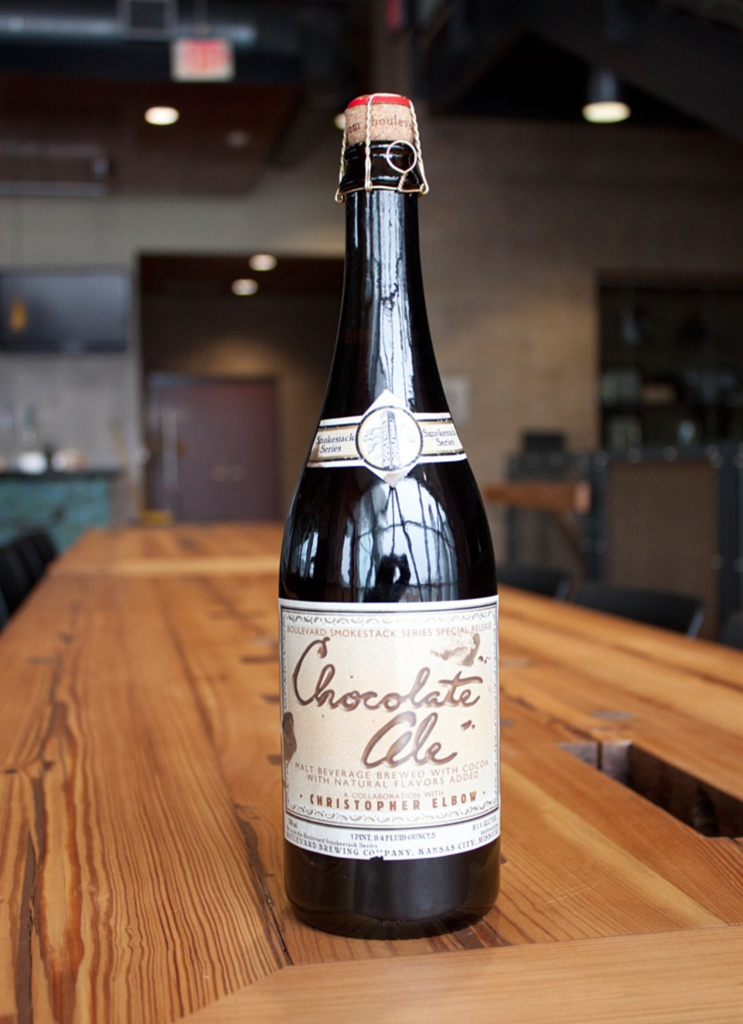 Boulevard founder John McDonald glides up the stairs to the second-floor tasting room. The local craft brewery’s Obi-Wan Kenobi notices a few new faces and then spots a bottle of a much-anticipated Smokestack Series beer on one of the long wooden tables.

The brewery founder’s Jedi-like advice may be wise, but try conveying it to any beer lover who has scoured the city’s liquor stores for the stuff and come up dry. To say the bottles of the collaboration between Boulevard brewmaster Steven Pauwels and chocolatier Christopher Elbow go fast is an understatement.

Demand was high before Boulevard shelved Chocolate Ale for a year. In 2012, after discovering that three batches didn’t have the right flavor, the brewery bought back the questionable bottles at retail prices. Chocolate Ale was conspicuously absent from Boulevard’s release schedule in 2013.

This year is different. For one thing, Chocolate Ale may not be as hard to find; production has doubled to 9,200 cases and 2,800 one-sixth-barrel kegs. Chocolate Ale starts flowing Monday from taps across the city (Flying Saucer, the Well, Lew’s Grill and Bar, Rock & Run Brewery and Martin City Brewery are among the establishments tweeting that they have it now), and 750-milliliter bottles arrive on store shelves Wednesday.

“Due to the potential inclement winter weather in the Kansas City area during the next 24 hours, Central States Beverage Company deliveries scheduled for Tuesday will be postponed on both the Missouri and Kansas side of our distribution area. This includes the announced release of the Boulevard Smokestack Series ‘Chocolate Ale.’ Each account will receive their delivery when weather conditions improve. We anticipate having trucks back on the roads Wednesday morning but will communicate if that changes. Thank you for understanding as we strive to ensure that our drivers – and consumers – are safe on the roads.”

On the Friday before Chocolate Ale’s release, I meet Boulevard brewer Jeremy Danner in the Brewhouse Bar for my first-ever sample of Chocolate Ale. Danner grabs a couple of glasses for us – and some water because the ale is 9.1 percent alcohol per volume.

Danner uncorks the bottle, and it pops like he has opened champagne. “That’s a good sign,” he says.

He pours a couple of glasses. We swish the brew around and sniff it. Brewmaster Pauwels has said the beer smells like chocolate milk, and he’s right. The aroma of cocoa is strong. We breathe it in and then take sips.

The chocolate flavor is really pronounced – as it should be, given that this year’s batch was brewed with 3,000 pounds of Valrhona cocoa nibs. The beer goes down smooth, a lot smoother than I expected.

“This here is the most chocolatey that it’s going to be, right now,” Danner says. “It’s very similar to how I remember it.”

Meaning: Don’t save this beer. It’s not for hoarding. Drink it now.

Like the other Smokestack bottles, this is a beer to be shared, so that’s what happens. Danner pours a glass for The Pitch‘s art director, who’s along to take photos. He pours a glass for a Boulevard worker passing through the second floor. The bottle is soon empty.