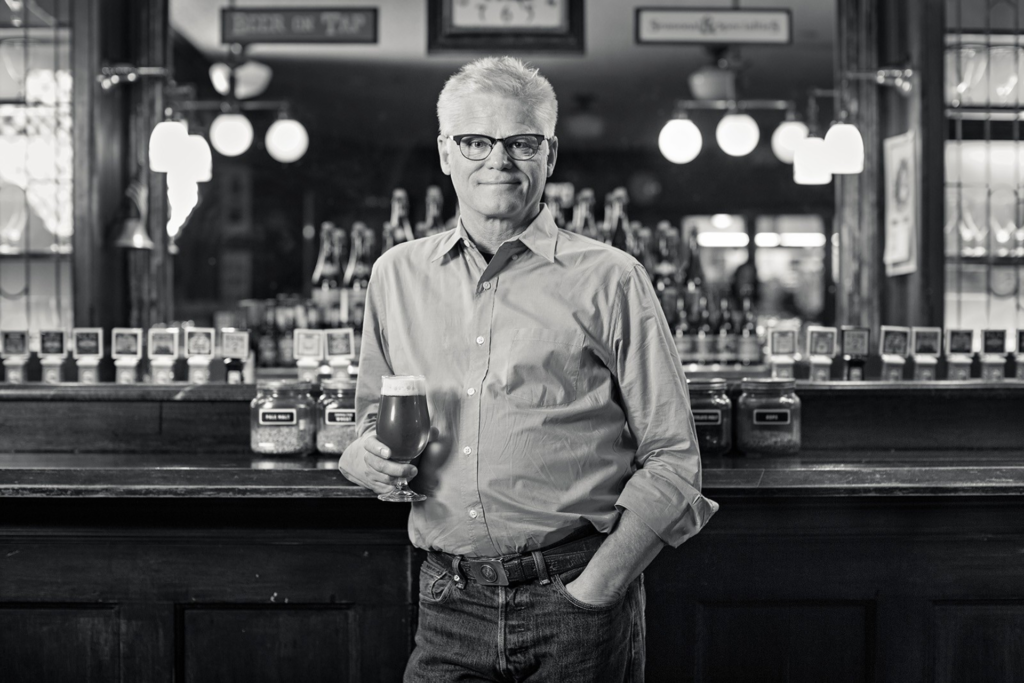 Boulevard’s 25th anniversary celebration starts today in the taproom (2501 Southwest Boulevard) with a birthday kickoff from 11 a.m. to 7 p.m. Everything on tap is $4. There will be Little Freshie carrot cupcakes paired with 4-ounce pours of Pale Ale for $3. And, while it lasts, free samples of Silver Anniversary Ale.

Earlier this week, The Pitch spoke with McDonald (see: John McDonald reflects on 25 years of Boulevard beer and looks to the future), who made fans of cans really excited. We didn’t have enough room in print for our entire conversation, so here are a couple of tidbits from the cutting-room floor.

On going from homebrewing to opening a brewery …

I started homebrewing with Payton Kelly, our artist. He worked at Hallmark with my wife [Anne Blumer]. We started doing it just for fun. Then I went to Europe with Anne. That’s when I was in Paris and started drinking these Belgian beers at this Belgian beer bar that’s still in Paris; it’s about a block from Luxembourg Gardens, and it’s kind of changed. It was really cool 30 years ago, and now it’s kind of Euro chic, kind of stupid, really.

I went there every day and tried all of these wild Belgian beers, and I was like, “Dude, this is so cool.” Before, if you look at the ‘70s and ‘80s, imported beer in the United States wasn’t that great. It wasn’t until I went over there and saw that smaller, craft Belgian-centric-type brewing. I think it’s interesting that in the end I sold my company to Duvel. Thirty years ago, I probably had a Duvel in that bar in France.

I was just in Tampa, Florida, kicking off there. The last time I was in Tampa was probably 1992. It was probably two or three years after I had started the brewery, and we were barely eking out an existence. I went down there, and Larry Bell was there and [Summit Brewing Co.’s] Mark Stutrud, Ken Grossman from Sierra Nevada, and Ted Marti from August Schell, and probably another dozen craft brewers of that time. It was cool because it was the old Brewers Association, which was an organization that was formed during World War II to help the regional breweries of that time get tin and glass because of the war effort.

There were hundreds of these regional breweries, but they were all trying to compete with the big breweries by selling a cheap case of beer. That was the only thing that they had, was cheap. It was pretty grim. So we go into this BA meeting, and these guys are like, “What the hell do you guys think you’re doing? You’re so fucked. You’re going to go out of business. These guys are going to eat your lunch.” They didn’t know anything except getting beat up by the big brewers on pricing and marketing.

But we all had a different idea; it wasn’t about cheap. We were going to make really great beer. And so that idea is really what craft brewing is all about. It’s about making something that is wonderful, not just something that gets you loaded or you’re not going to think about drinking.