Last week, Boulevard gave us Rye-on-Rye, the annual released that was aged in Templeton Rye whiskey barrels. Liquor store shelves are about to get another Smokestack Series beer this week, plus the latest collaboration brew. 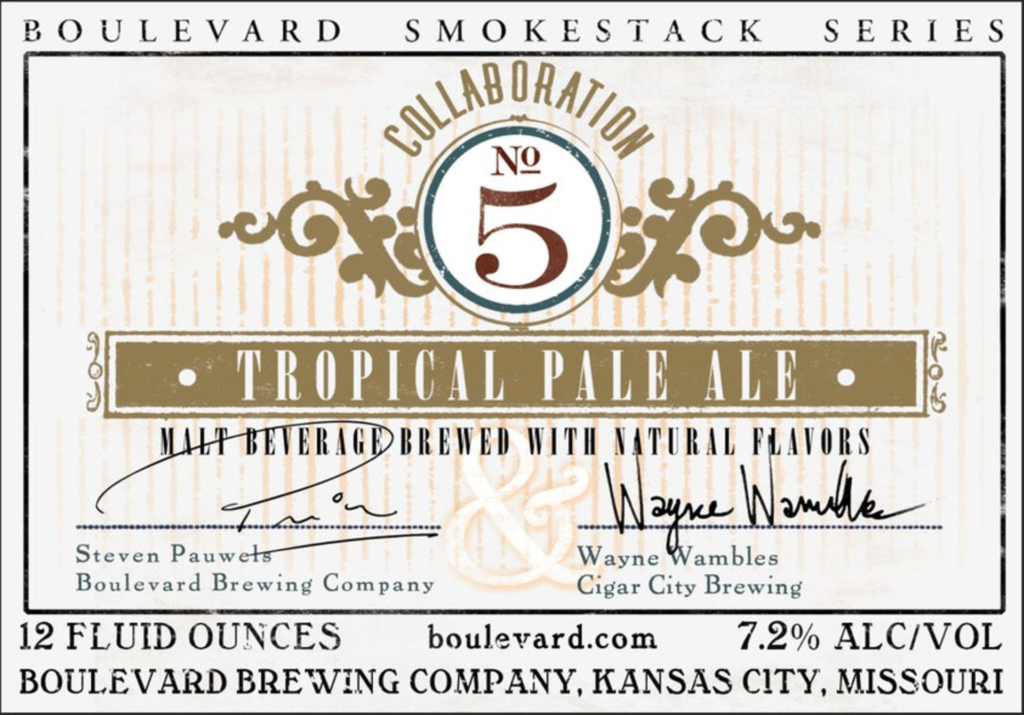 Collaboration No. 5 — Tropical Pale Ale was brewed jointly by Boulevard and Tampa, Florida’s revered Cigar City Brewing. This beer lives up to its billing (I sampled it in the brewery’s tasting room a couple of weeks ago). Boulevard says:

“Huge late hopping with a blend of Mosaic, Citra, Lemondrop and Azacca lends bright flavors of mango, pear, blueberry and citrus to a pale ale featuring slightly toasted biscuit and caramel/toffee notes. Refreshing acidity and tropical fruit flavor are imparted by infusing the wort with freshly sliced grapefruit and passion fruit juice at the conclusion of the boil.”

You’ll be able to find Collaboration No. 5 in four packs of 12-ounce bottles. It’ll also hit in kegs.

Also coming soon is Deep Dive — Wet-Hopped Ale, which was “brewed to coincide with the harvest of Centennial hops,” which “were delivered to the brewery and added to the wort kettle within hours of harvest.” This limited-release Smokestack Series beer will be available only on draft sometime in early October.

More details on these beers are available at Boulevard.com.

Also, take a look at the 2016 Boulevard calendar of beer releases.