Boulevard made a one-off beer for the Chipotle Cultivate Festival 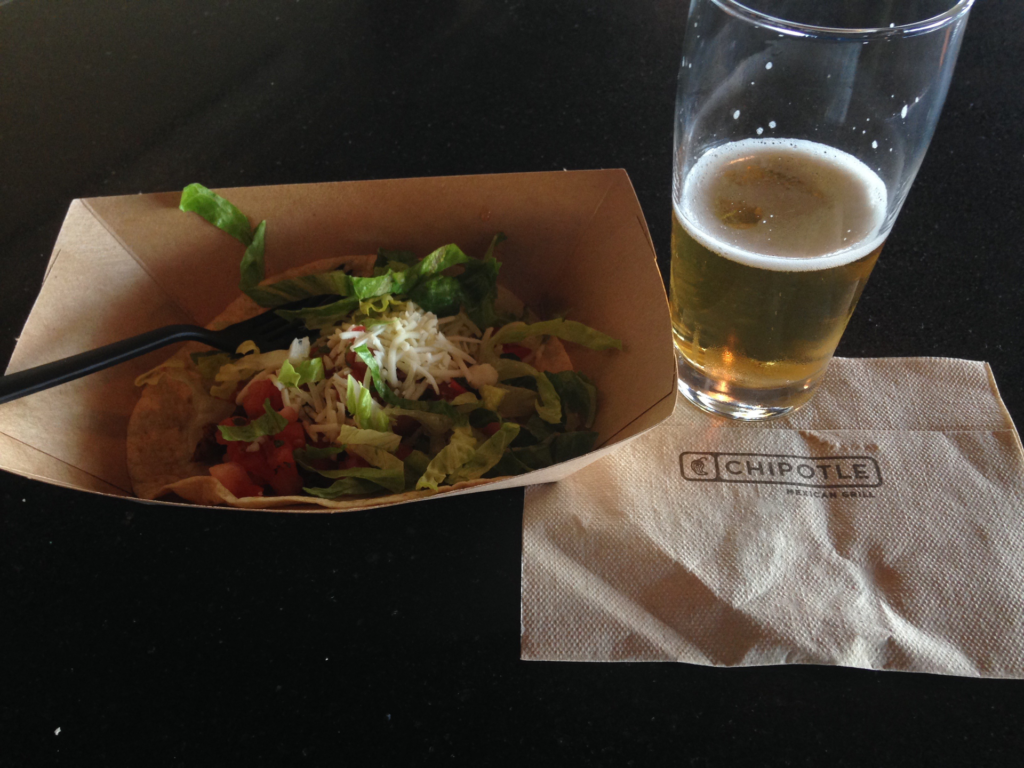 Need another reason to go to Chipotle’s Cultivate Festival on July 18? How about a one-off beer from Boulevard? The Kansas City brewery has made a beer — Cultivate Farmhouse Ale — that will only be served at Penn Valley Park during the festival (well, and last night’s media preview).

As you can see, I couldn’t wait to try the saison, one of my favorite styles. It has a little spice and some citrusy notes to it. You’ll be able to get it at the festival for $6. (In fact, other than non-alcoholic drinks, pretty much everything is $6 at the festival.) Cultivate’s organizers expect the 25 or so kegs of the saison to be gone by the end of the night.

Boulevard’s director of marketing, Jeremy Ragonese, says the brewery got hooked up with Chipotle in 2013; creating a farmhouse ale for the festival fit Boulevard’s wheelhouse, he adds, given the success of Tank 7. Ragonese says the Cultivate Farmhouse Ale brings back an original recipe (using magnum, simcoe and mandarina bavaria hops) to make a light-bodied, refreshing, easy-drinking beer (6.2 percent ABV). I can attest to that; it’s really smooth — something I could definitely see myself drinking on a hot Kansas City day. It’s not as spicy as Tank 7, but there’s still a noticeable pepperiness to it.

Look for about 50 taps at the festival from 11 a.m. to 7 p.m., Saturday, July 18, in Penn Valley Park. And expect a heavy local focus with Boulevard, Martin City, Mother’s, Cinder Block, KC Bier Co., Schlafly, Torn Label, Free State and Urban Chestnut. The only non-regional brewery is Stone, which is said to be bring super rare beers, most of which you can only get at the brewery in San Diego.

Portugal the Man and St. Lucia are the music headliners.