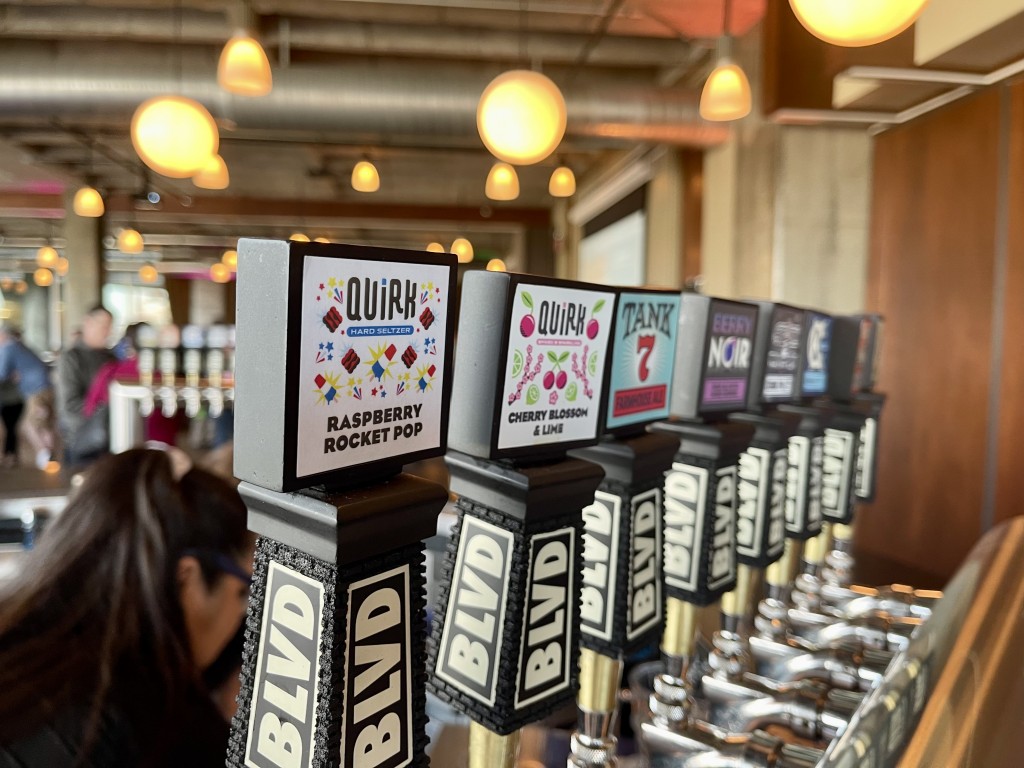 Raspberry Rocketpop on tap at Boulevard.

The rising popularity of hard seltzers led Boulevard to beefing up its bubbly beverage game. The seltzer industry accounted for 7% of all U.S. alcohol sales in 2021.

Seltzers and canned cocktails appeal to the health-conscious. They have lower calories, carbs, and alcohol content than standard beer. While many come for the “health benefits,” Boulevard hopes you stay for the flavors—of which there are a host of new ones joining their line-up. 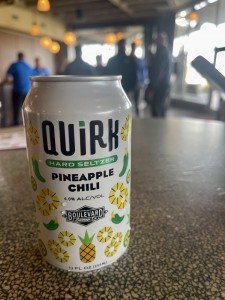 Pineapple Chili is the headliner. It’s spicy on the nose, and the first taste jalapeño is eased by pineapple sweetness just seconds later.

It has a flavor profile comparable to a $15 craft cocktail you’d get at a swanky rooftop bar. Save yourself some cash—bust out a ladder, dehydrate a pineapple slice for garnish, and drink this on your own roof.

Raspberry Rocket Pop gets second billing. It’s sweet but miraculously not sweet at the same time and wants to mimic the bottom portion of the iconic frozen rocket pop you’d get from an ice cream truck as a kid (or adult, no judgment). It almost gets there. 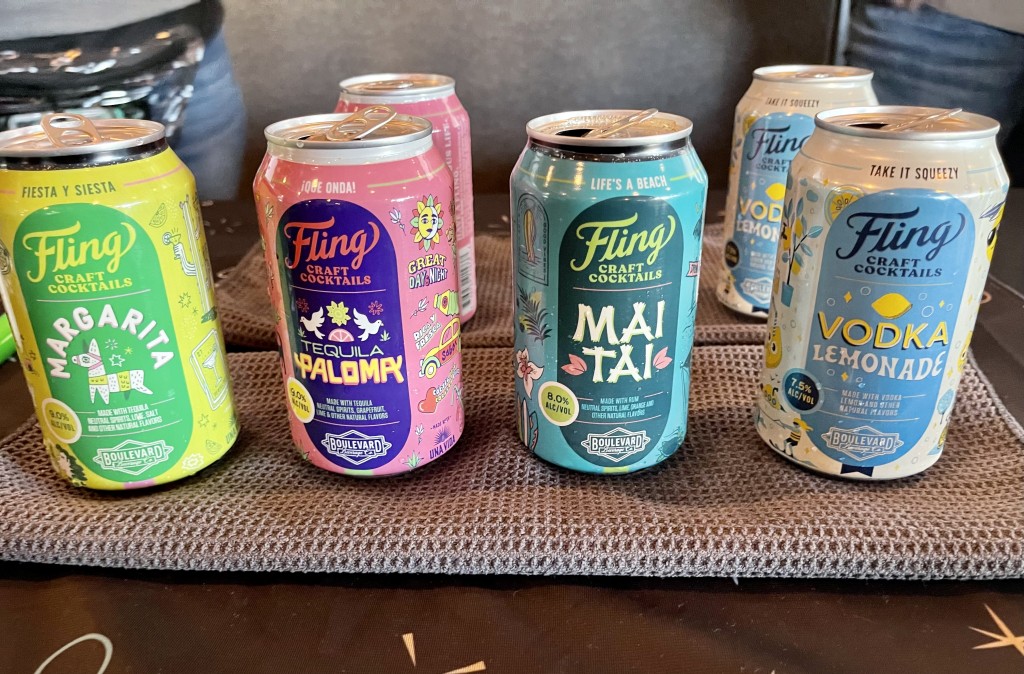 The recipe is relatively simple; tequila, lime, grapefruit soda, and a pinch of salt. It’s semi-sweet, tart, and refreshing as hell. It’s a favorite amongst bartenders looking to make something quick and easy for the bar guest that asks for something “not too sweet.”

Boulevard’s Fling version lives up to a Paloma made à la minute.

The Mai Tai is solid, although a dark rum could perhaps suit it better, and the retooled Margarita recipe is an improvement. For both the Paloma and the Margarita, Boulevard uses Una Vida tequila. Later in the summer, Vodka Lemonade will make its Fling debut, which uses 360 Vodka sourced from Weston, Missouri.

You don’t notice the vodka; it tastes just like a canned lemonade, so at 9% ABV, this one could get you in trouble on a float trip. 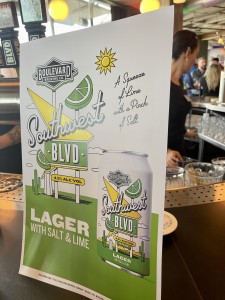 Southwest BLVD Lager is a limited release beer debuting in April. The beer is named after Boulevard’s neighborhood, which is famed in KC for its row of excellent Hispanic food restaurants.

The beer tastes like if KC Pils and ¡Vamos! had a baby then added a little salt and lime. It’s ideal for someone who doesn’t want to chew their way through an imperial stout or hazy IPA poolside.

Southwest BLVD Lager is a crisp, clean, and easy-drinking beer that would pair perfectly with a Monterrey Burrito at Manny’s.