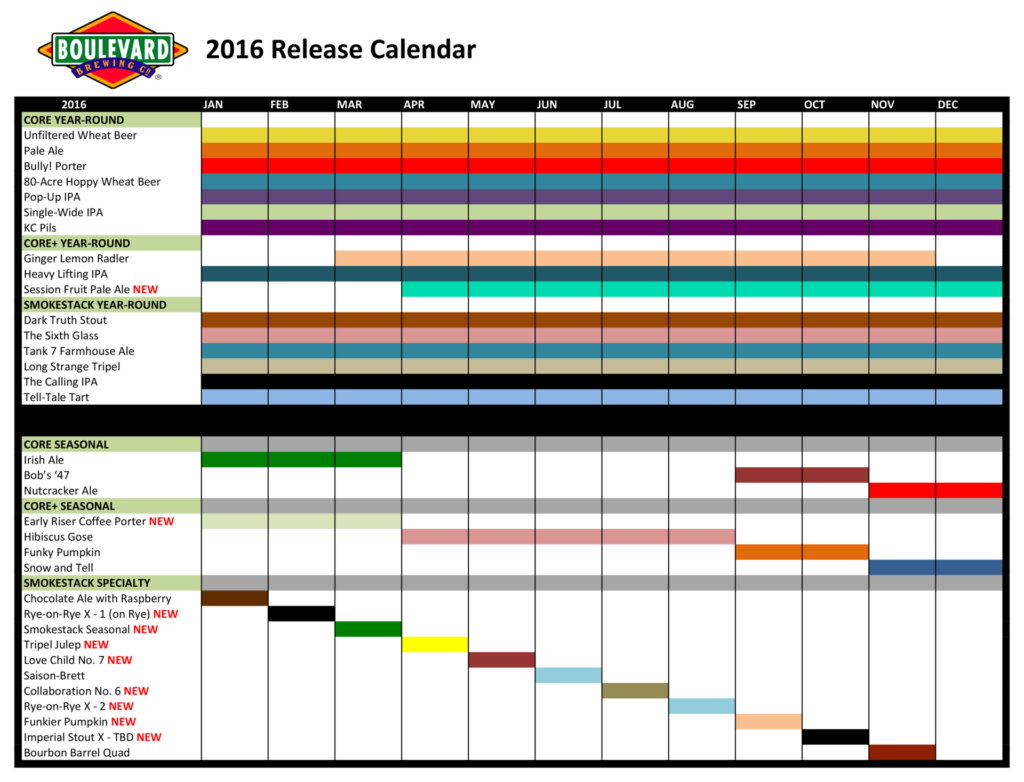 Take a look at the calendar above. That, folks, is the future. That’s what we’ll be drinking from Boulevard Brewing Co. in 2016.

Included on the list are 10 new beers — eight of them in the Smokestack Series. The newbies are:

Among the new Smokestack beers:

* Smokestack Seasonal, out in March.

* Tripel Julep, out in April.

* Funkier Pumpkin, out in September.

Also, it appears that Chocolate Ale may be getting a tweak: raspberry.

Of course, release dates on all of these beers are subject to change.

So what’s missing? Spring Belle Saison (March-April) and Zon Belgian-Style Witbier (March-August), both core seasonals, look to have dropped off the calendar. Also, there will be just one Imperial Stout X next year (versus four this year) and only one Love Child release (compared with two this year). But we’re getting more Rye-on-Rye — expect this year’s Rye-on-Rye on liquor store shelves this week — and a Funkier Pumpkin.

And there’s always the mystery Smokestack Seasonal. We’ll have to check in with Boulevard to see what’s up with the new stuff and the beers falling off the calendar.