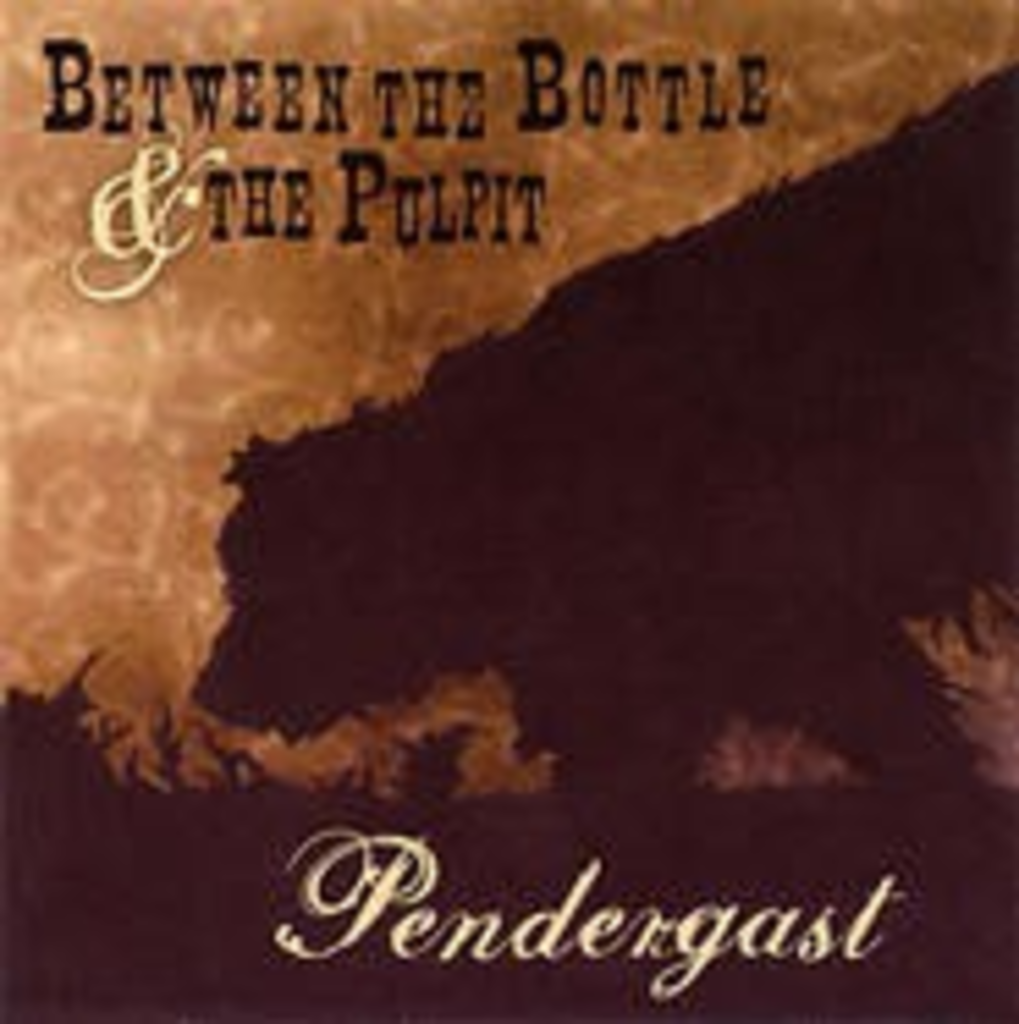 Pendergast, the man, was the original gangster of Kansas City machine-boss politics. Pendergast, the band, is the OG of local country-rock. In fact, country ain’t so different from the hip-hop preferred by today’s real OGs. It’s a music of formulas, bound to certain rhythmic patterns, striving toward pop catchiness and dealing in confessional lyrics. But whereas gangsta MCs boast about flagrant mistreatment of women, country singers hang their heads over how their mistreatin’ women have hurt them. Indeed, no hardcore gangsta would “toss and turn and cry and moan” at night over a departed lover the way Pendergast singer and songwriter Tony Ladesich bellows on “Well Enough Alone.”

On much of Pendergast’s new Between the Bottle & the Pulpit (Doublewide), Ladesich plies his rough-cut, meaty voice to tales of manly suffering, the kind that usually lead to drinking. On the catchy, rockin’ “Streets of Ours” — a party anthem but for the heartache — Ladesich barks, I haunt the barroom to exorcise my mind/Five shots into a 10-shot drunk/That ol’ heartbroken kind. Counting this song and five others, nearly two-thirds of the original numbers on the album (two are covers) are laments to lost love, largely undetailed and peppy, with the exception of the slow-burning “Forty Five.” These songs are fun in that hangdog, country-song way. By contrast, the lovely “KOA,” a duet with local folkie Kasey Rausch, is about the hope that comes with new love. Elsewhere, “Morphine When I Die” is about accepting the tragedy of death, “Almighty Dollar” is about unemployment driving a working man to dealing methamphetamines, and the title track is a rumination on transcending a spiritually fallen state for something better. So it’s not as though the whole thing is standard-issue country-boy blues.

Besides, Pulpit swings pop. The backing band is tighter than the brakes on a new Ford, tricked out with sweet country guitar licks and pitch-perfect pedal steel. Like the music that accompanies them, the stories are competent and conventional; there are no surprises here, but the product is aesthetically satisfying. And as with gangsta rap, this shit sounds extra good when you’re drunk.

“KOA” by Pendergast, from Between the Bottle and the Pulpit(Doublewide):