Kansas Democratic Gov. Laura Kelly's call to eliminate the state's grocery tax comes just days after her likely opponent in next year's election did the same. 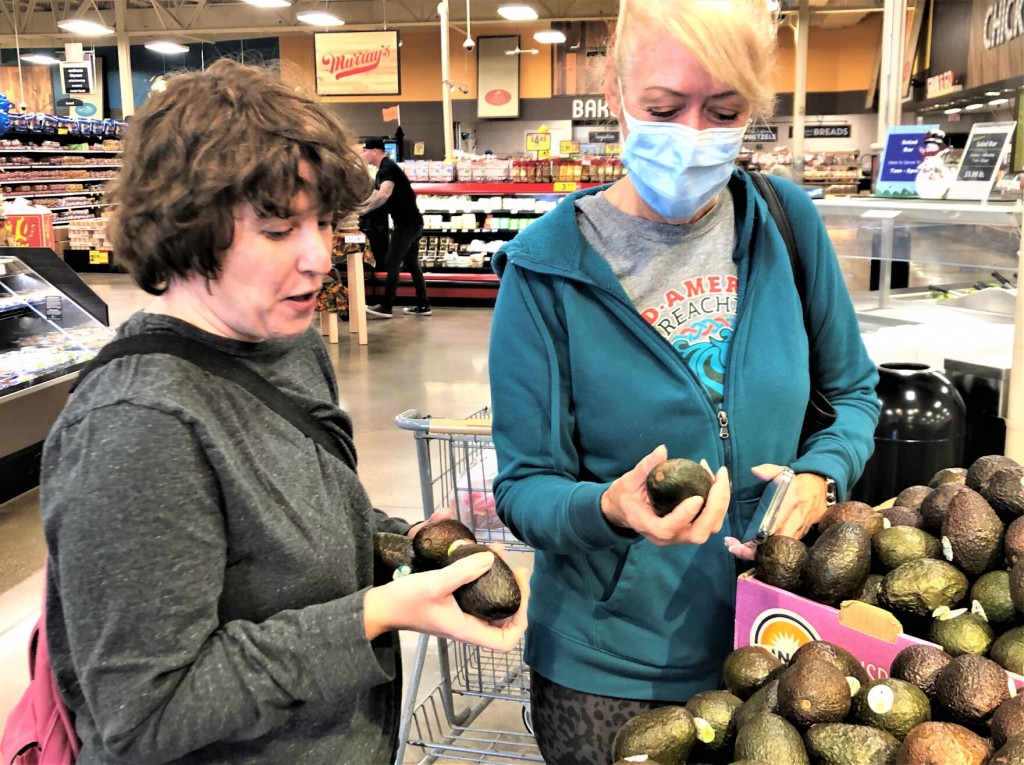 Jennifer Hildebrandt, left, and Karen Thornwall resume shopping after listening to the governor call for the elimination of the state sales tax on food. They watched a news conference held at the Topeka grocery store. // Photo by Jim McLean

Democratic Gov. Laura Kelly called Monday for the elimination of the state sales tax on groceries, something lawmakers from both parties have talked about for years in Kansas.

“This is not a partial reduction,” Kelly said, wielding an ax for emphasis during a news conference staged at a Topeka grocery store. “We are going to ax the food sales tax.”

Kansas is one of only seven states that fully taxes groceries. Of those, Kansas’ 6.5% tax ranks second highest. Add in local sales taxes and the rates top 10% in some places.

In a letter to Republican legislative leaders, Schmidt said doing so would help “hard-working Kansans who are facing tremendous economic hardship” due to the COVID-19 pandemic and what he called “ill-advised government policies.”

Schmidt said Kelly has failed to deliver on her 2018 campaign promise to reduce the grocery tax. 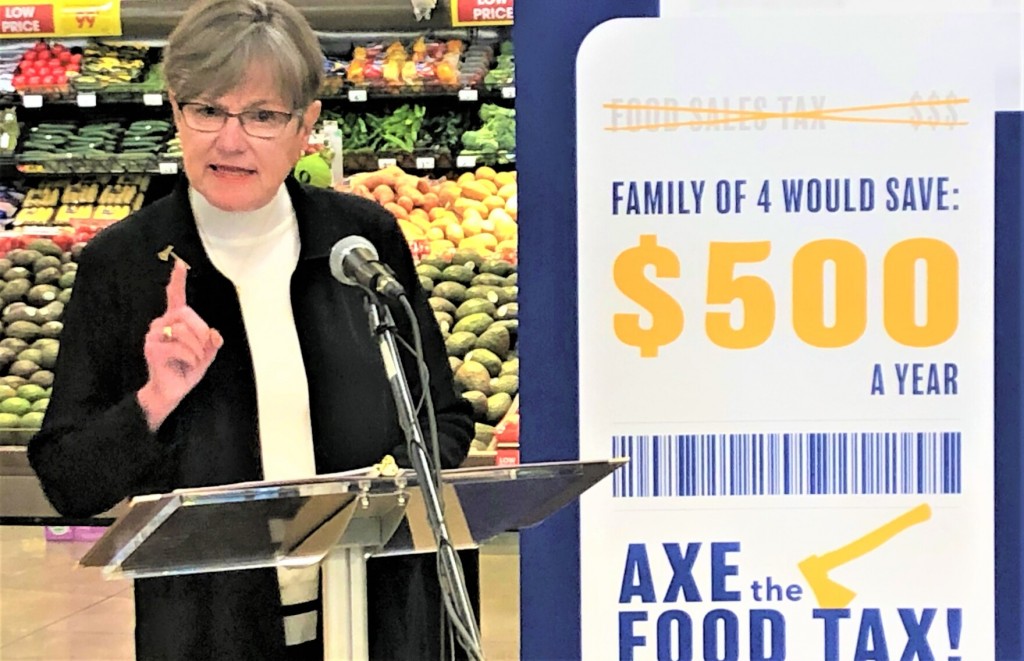 Kelly calling for the elimination of the state sales tax on food at a news conference Monday. // Photo by Jim McLean

Kelly also campaigned on fixing damage done to the state budget because of tax cuts approved during the term of former Republican Gov. Sam Brownback. She said she wanted to wait until the state had enough money coming in to eliminate a tax that generates approximately $450 million a year.

“We have the resources to eliminate the food sales tax completely while still fully funding our public schools, fixing our roads and bridges, expanding access to high-speed internet and investing in core services,” Kelly said.

Karen Thornwall is a substitute teacher who paused while shopping to listen to the governor speak.

“It’s better late than never,” Thornwall said. “It would help a lot.”

Kelly’s office estimates eliminating the tax would save a family of four an average of $500 a year.

Saving that much or more would help Jennifer Hildebrandt’s family of five, including three teenagers.

“That’s a lot of money,” Hildebrandt said after listening to the governor.

State Sen. Tom Holland, the ranking Democrat on the Senate Tax Committee, said Kelly will need support from Republicans who hold majorities in both the House and Senate.

“This doesn’t need to be political,” Holland said. “Shame on us if we don’t get it done.”

While cutting the food sales tax has bipartisan support, some past efforts have mixed it with other tax relief measures. That’s something Kelly wants to avoid this time.

Kelly said Republicans already got the tax cuts they wanted for multinational companies earlier this year.

Jim McLean is the senior correspondent for the Kansas News Service. You can reach him on Twitter @jmcleanks or email jim (at) kcur (dot) org.