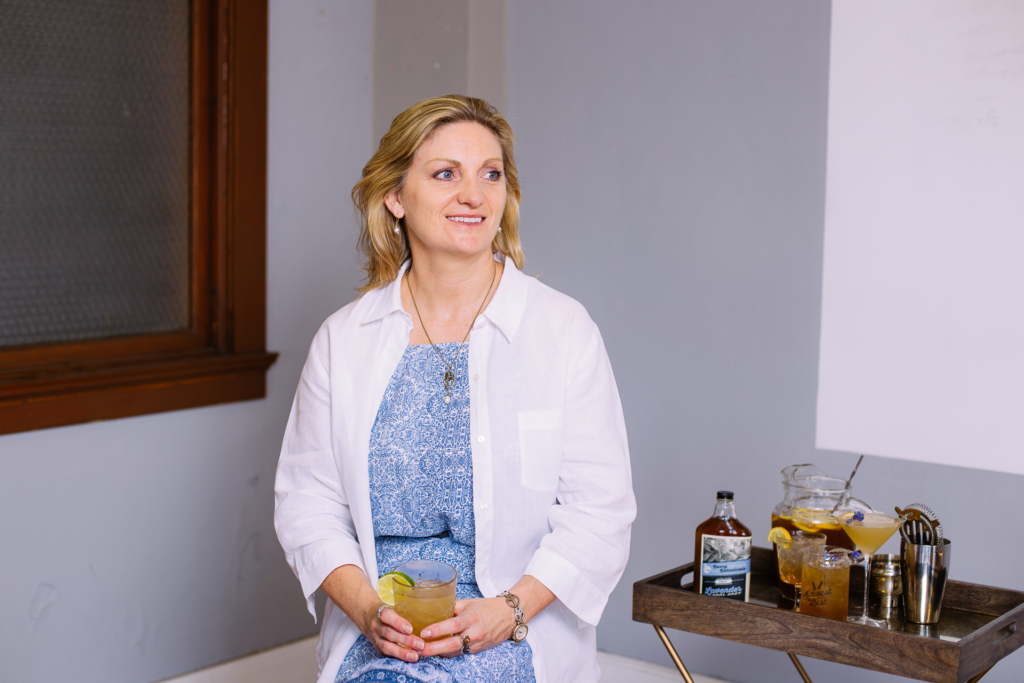 This is the time of year when magazines such as this one line up to remind you that nothing eases you into your lawn chair on a balmy evening better than a cold cocktail. I’m not here to dispute this. But I did wonder whether I could find an after-work indulgence equal to that summertime pleasure — without the alcohol.

So I’ve called on Cheryl Bisbee. Her Boozy Botanicals is a line of organic syrups designed to let home bartenders replicate the craft experience under their own roofs. I figured the aromatic flavors in her creations would also make fine mocktails, and she has invited me to her Northeast KC home to experiment.

“I’ve always been kind of a foodie, and I fell in love with the classic cocktail renaissance,” she tells me, her seven varieties of syrup at the ready. “I like combining flavors you wouldn’t think about.”

The Boozy Botanicals lineup does just that, with batches of rosemary mint, classic rose, cardamom spice, ginger hibiscus, three pepper, lavender Earl Grey, and vanilla allspice (the newest addition) produced in her commercial kitchen in Lenexa. Inspired by flowers and gardening, Bisbee tries to use as many locally sourced ingredients as she can, though she says that can be challenging with some of the more uncommon flavors.

Because it’s a cool, rainy day, Bisbee makes me a cup of hot tea with a splash of lavender Earl Grey as she tells me how she became an artisan-cocktail enthusiast. After a multi-decade legal career, Bisbee says, she felt like she’d “done it all” — she’d been a trial lawyer, a corporate lawyer, even started her own practice. “In 23 years as a lawyer, I drank a lot,” she jokes.

As Kansas City’s craft cocktail scene grew, so did Bisbee’s fascination. She fell in love with J. Rieger & Co., helping hand-label bottles of the company’s locally distilled spirits. That’s when she noticed there was a dearth of locally made mixers on the market. So, in the fall of 2015 she quit practicing law and became an entrepreneur. Since then, she has taught herself how to mix, package and market Boozy Botanicals, often using friends and neighbors to taste-test new flavors.

“Everyone says it starts on the coasts and ends here,” she says. “These flavor profiles are out there — I wanted to do something different.” 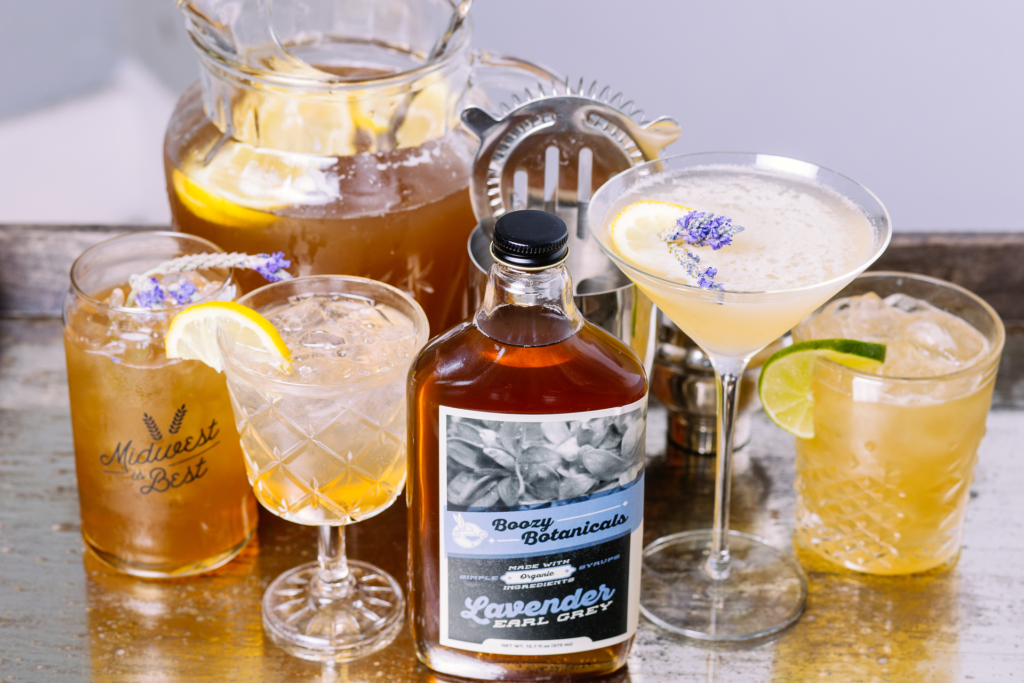 Bisbee lines up the bottles on her kitchen counter, where the eye-catching labels look classy and inviting. She mixes a splash of each with soda water and slides the glasses my way. I inhale each one deeply before taking a sip, as I would at a fancy wine tasting. The classic rose smells like a gorgeous bouquet yet avoids tasting overly floral. The vanilla allspice offers a distinctive twist on a classic. But my favorite is the three pepper — a blend of jalapeño, Serrano and Anaheim that tickles my nose with each sip.

“I like it when my food hurts me a little,” I confess, relishing the mildly spicy, fizzy concoction.

Bisbee and I discuss just how to enjoy Boozy Botanicals sans, well, booze. The rosemary mint, she advises, is her go-to for iced tea (1 ounce per glass). Mixed with sparkling water, the cardamom spice is a rocking replacement for ginger ale (though it also makes a mean Moscow mule). The vanilla allspice complements hot or iced coffee.

Naturally there’s also the Italian cream soda, which Bisbee’s website (boozybotanicalskc .com) tells you how to make: 1 or 2 ounces of syrup mixed with 8 ounces of sparkling water, poured over crushed ice and topped with cream). I ask her about lemonade, and she recommends squeezing fresh instead of buying a premade product; her syrup makes the beverage sweet enough without the added sugar, she says. Finally, there’s the all-purpose “Boozy tonic,” which calls for 1 ounce of flavor with tonic water and a splash of lemon or lime to cut the sweetness. “You can’t go wrong with that,” Bisbee says.

In addition to drinks, Bisbee says the syrups can be used in lieu of water in a bundt-cake mix as well as in fruit salad and pie fillings. The three-pepper, she says, is excellent for caramelizing veggies (say, for a summer cookout) and goosing salad dressings — or you can pour it over vanilla ice cream.

“It’s versatile and easy. You can infuse anything with luxurious flavors,” Bisbee tells me. You’d expect her to say as much about her own product, but I can’t disagree. I can also pronounce every ingredient on the label, which counts for something. “We all have a sweet tooth once in a while,” she adds, and again she’s right. Besides, when you’re not drinking, you’re entitled to an extra scoop of summery, peppery ice cream.