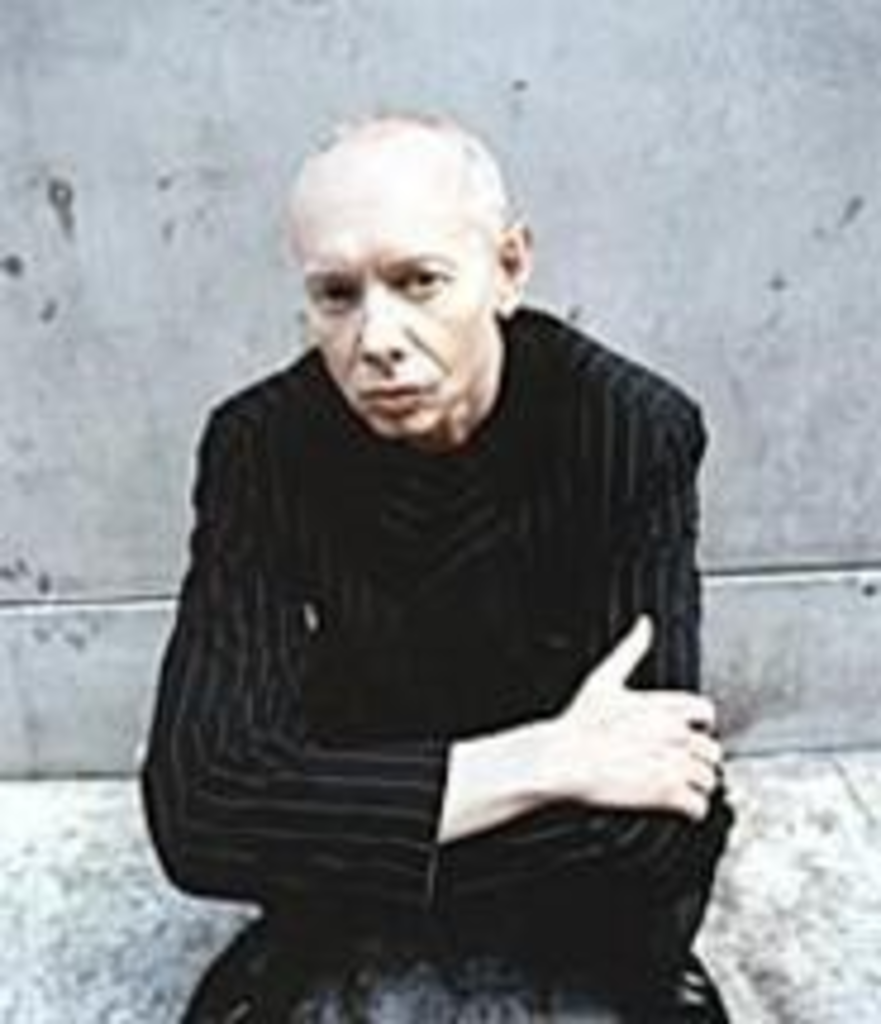 In autumn 1993, just after Nirvana’s In Utero and Pearl Jam’s Vs. caused the last midnight lines of post-adolescents to form at record stores, the funniest album announcement of all time was made: Meat Loaf’s Bat Out of Hell II: Back Into Hell. But it turns out that keeping sequel-making off the list of things he wouldn’t do for love was the best decision of messy Marvin Aday’s career; the album sold in a way that suggested a deal with the devil had been joined in progress, and it singlehandedly undid grunge. Meat Loaf laughed, as the cliché goes, all the way to the bank.

Seven years after Meat Loaf sent the charts back to hell, a much lower-profile sequel has arrived that, on the surface, seems equally risible. Joe Jackson, a new-wave angry young man whose artistic ambition hamstrung his sales long before fellow mad geek Elvis Costello shot his own mass appeal in the foot, has just issued Night and Day II. It’s the follow-up to 1982’s Night and Day, which contained Jackson’s biggest U.S. hit (“Stepping Out”) and gave rise to his most creatively fertile period. However, the first Night and Day wasn’t strictly a concept record; Night and Day II was conceived as a New York City day in the life. Besides, Night and Day already has a de facto sequel in Jackson’s 1983 soundtrack to the craptastic Debra Winger movie Mike’s Murder. That recording used the same musicians and no-guitar ethos to string some outtakes and solid offshoots into an album with a couple of Jackson’s coolest songs (“Moonlight” and “Laundromat Monday”).

But Jackson’s recent past is full of fascinating, complex albums that, judging by critical reception and sales, haven’t sent him to the bank, laughing or otherwise. It’s a safe bet, in fact, that Jackson’s gaunt scowl on the back cover of Night and Day II is an impression of his manager. Still, Jackson says that it wasn’t filthy lucre that fueled the conception of Night and Day II.

“When I first began to realize that I was working on a sequel,” Jackson says from his New York City home, “I was reluctant to call it a sequel and invite the mean-spiritedness that implies. But people will say what they’re going to say, and I’ve put out something I’m excited and proud of.

“I wasn’t dropped by A&M or Virgin,” Jackson continues. It’s the only time the tone of his responses rises above casually matter-of-fact. “That’s a real misconception about me, but the fact is that in each case, I wanted out. It had gotten stale.” His current deal with Sony Classical, like Elvis Costello’s contract with Mercury, allows Jackson to release music in any genre he fancies, and he’s already exercised this clause enough to alienate plenty of critics.

“To me, Night and Day II picks up on certain themes in common, but even that was unconscious,” Jackson says. He explains that even the obvious links from one song or album to the next are unintentional. “It’s all very much the same process. My symphony (1998’s ‘Symphony No. 1’) was in some ways easier, since I didn’t have to write lyrics or do any singing, two things that are quite difficult, but the process of writing was similar. Or at least as challenging, since expanding the dimensions of the music has its own challenges.”

Jackson, as he recaps in last year’s wonderful, unpretentious memoir, A Cure for Gravity, used to think of expanding musical dimensions in terms of finding bandmates and engagements that satisfied him. His early career was split between study at England’s Royal Academy and gigging on punk’s event horizon.

“I’m not a snob by any means,” Jackson, now 46, says of how his classical training has affected him. “It’s not being able to read and write music that’s important. That’s just the tool.” Jackson’s heroes, The Beatles, famously couldn’t read music. “The Beatles and Beethoven,” Jackson says admiringly. They are the poles of his musical life, where it all starts and stops. “But it just takes a spark of originality. The only musicians I look down on are the ones who are blatantly derivative.”

By the time A&M signed him in 1978 and released the classic single “Is She Really Going out With Him?” Jackson had absorbed club moves and compositional tricks equally and seemed the prime breakout candidate among the new wave and pub rockers imported from the UK. But after generating a trio of zoomie albums (Look Sharp, I’m the Man, and Beat Crazy), Jackson looked outside of rock for ideas and let his muse wander.

His Jumpin’ Jive was more than a decade ahead of the swing revival that was inescapable in the late ’90s, and the salsa-splashed Night and Day, with its faux-Al Hirschfield caricature of Jackson toiling on his craft in eveningwear, progressed to Cole Porter or Noel Coward territory. Most of the albums that followed had, intentionally or not, unifying themes: Body and Soul centered on a cavernous recording sound achieved with vintage microphones and a huge room; Big World not only globetrotted through foreign sounds but also was recorded live in front of an audience instructed not to applaud so the album wouldn’t sound live; Blaze of Glory was a song cycle tracing a baby boomer’s journey to middle age.

But the Jackson who is about to perform in the Kansas City area for the first time in 15 years really emerged in the wake of 1994’s Night Music. A mournful, sometimes almost silent record, it is the one Jackson says is his most misunderstood.

“I would say that I’ve made some records that are better than others,” he says wryly. “I should be careful what I say, but I think that I was wildly overrated at the beginning of my career, as are most artists, since the pop world loves novelty. But I’m woefully underrated as I get older.”

Night Music‘s showstopper was “The Man Who Wrote ‘Danny Boy,'” an unabashedly melodramatic number during which a struggling songwriter jumps at the chance to sell his soul to write a classic. It’s one of Jackson’s finest compositions and is the root of Heaven and Hell, the album that finally followed. That disc surveyed the seven deadly sins in a way that suggested an eighth: causing frustration by refusing to write a great, catchy song. The closest thing to that was “Anger,” on which Jackson spat out his vocals and finally brought the vitriol of old to bear with a hellish, churning backing track. That song in turn seems to have birthed the bustling “Hell of a Town” that sets Night and Day II in motion.

“I think every artist revisits themes repeatedly,” Jackson says. He seems genuinely surprised to be confronted with evidence of trends in his work. “Big World has a cartoonish, Around the World in 80 Days feel to it, but even that was unconscious. Even Heaven and Hell, which is conceptual, didn’t start that way. I’d already written some of it before the idea came to me.

Night and Day II, arranged more broadly than its predecessor but still without guitar, has some of Night Music‘s claustrophobia. The album also continues Jackson’s recent practice of hiring guest vocalists. Marianne Faithful, though her phrasing is very similar to Jackson’s, makes “Love Got Lost” a strong addition to her gallery of damaged women.

“It’s like writing a play and casting it,” Jackson explains. “It allows me to write from other points of view and let my songs sound better than they would if I sang them. I think my voice sounds better than ever, but I’m not trying to do everything anymore. Sometimes I just want a woman’s voice.”

And Jackson is increasingly interested in voices. He will almost certainly write more books. “It’s the whipped cream and cherry on top of my career,” he says of the universally positive reviews he has received for Gravity. “I didn’t know I could write a book, and I never thought it would get published. It took me four years.” It’s the kind of high-style career move and sudden change in direction worthy of a New Yorker. It’s the kind of thing for which Night and Day II turns out to be the ideal soundtrack.