Booger and Borat. Nice. You Likes? 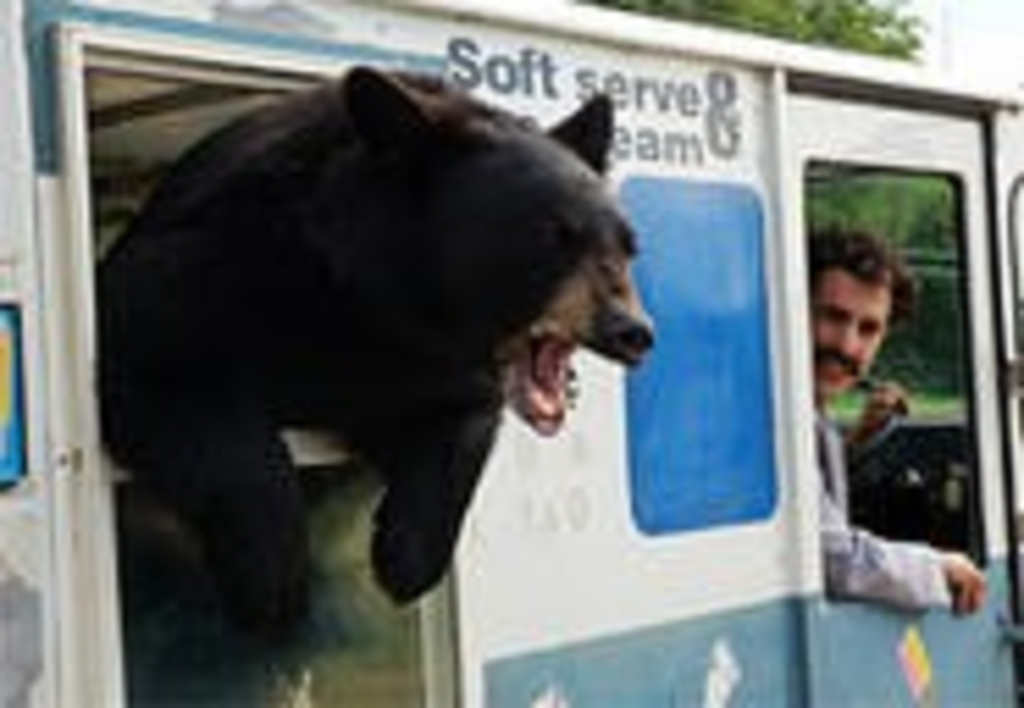 Revenge of the Nerds is a great movie. No, really. It has a bitchin’ new-wave soundtrack, for one thing. Also, some truly inspired performances — memorable enough to wreck the careers of Robert Carradine (Lewis) and Curtis Armstrong (Booger). But mostly, it’s that mix of innocence and sexual frenzy that perfectly defines the word adolescent, which raises Nerds above other smutty teen comedies, the likes of which wouldn’t be seen again until American Pie. This edition has some worthwhile extras, with both a making-of doc and an actors’ commentary track that address the film with equal parts pride and shame. They should save the shame for the sequels — this disc also comes packaged in a boxed set of all four Nerds movies. The sequels descend in quality with the speed of a drunk tumbling down a flight of stairs. (Even worse, watch the pilot of the Nerds television show included on this disc. See if you can sit through the opening credits). — Jordan Harper

Most likely, this’ll be the biggest DVD release of all time, at least among those in possession of beer, bongs or, well, beer bongs. Whether it’s as transgressive as film critics would have you believe is highly debatable; certainly, the movie feels tamer on the small screen, more like the HBO show — big, broad laughs — than sociopolitical criticism made for the cineplex. But the bonuses are the draw here, and most of the DVD extras — the “censored footage,” henh — have surfaced on YouTube in shorter versions, among them the scenes in the West Virginia dog pound (“Attack the Jew!”); the doctor’s office (“I have had gonorrhea many times”); and on a Dallas street corner, where a police officer tells Borat he don’t high-five nobody. A Baywatch parody falls flat, but the biggest giggle on the entire disc may come when you try to watch the movie using the Hebrew language option. — Robert Wilonsky

Disney has a tendency to fill its deluxe editions with unnecessary clutter, and this digitally polished version of the J.M. Barrie immortal is no exception. A kiddie-pop version of “The Second Star to the Right” is outright blasphemy, and there’s a … no, really? … Sudoku game. That said, what Disney gets right are the behind-the-scenes docs, including one that suggests an alternate version (that opens in Neverland, with a jealous Tinkerbell) and another that’s a seven-minute dramatic reading of a Walt Disney-penned magazine piece from 1953 in which he wrote about being read fairy tales as a child and seeing Peter Pan on the stage when he was a young boy. Then again, the movie matters most, and few studios do a better job of sprinkling their DVDs with fairy dust. I know one 3-year-old who saw this version and wanted to know when he could go to Neverland. Uh, never? — Robert Wilonsky

It’s odd to begin a Steve Martin collection not with classic footage (Festrunk Brothers, King Tut, Theodoric of York — all included later) but with recent material in which he’s pimping The Pink Panther while dosed on Viagra and relying on cheap boing sound effects for empty giggles. It takes a good 33 minutes to get to his first monologue, which remains perhaps his greatest appearance — Martin, all by his lonesome, mining the smarmily sincere character from which he would forge a career and a fine-art collection. There are some overlooked bits rescued from the vaults and a few recent bits worth a look, but the fact that it doesn’t include the heartbreaking homage to Gilda Radner (a flashback dance sequence) and instead features the last gasp of the Wild and Crazy Guys (from 1981 — who knew?) makes it feel a little ill-conceived. Worse, there’s a dumped dress-rehearsal sketch from the Chris Farley years. — Robert Wilonsky