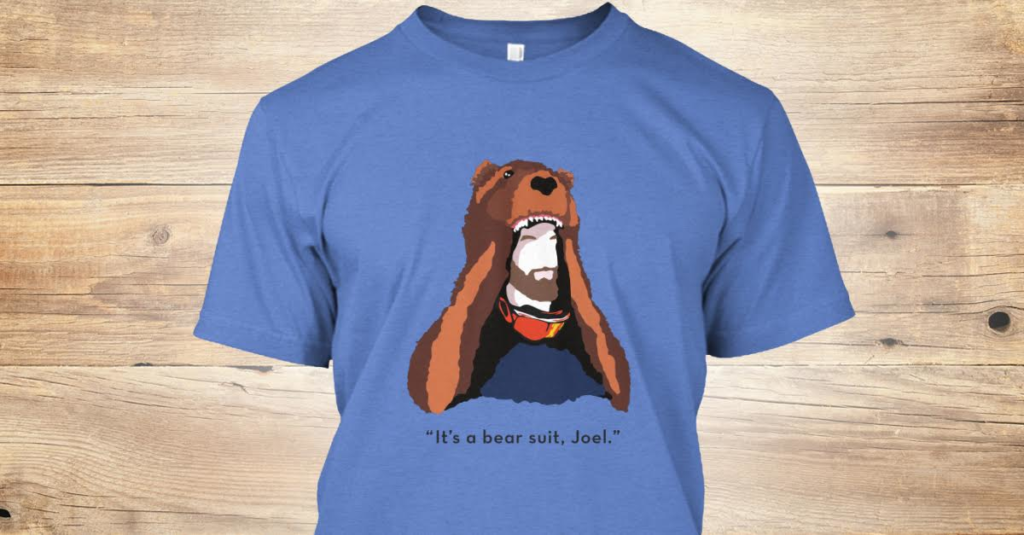 In addition to being my favorite hobbit, Whitley Merrifield has quietly become the most exciting member of the Royals offense. The 28-year-old fan favorite was a single shy of hitting for the cycle against Detroit on May 29, and his recent hitting streak stretched to 19 games, which is the longest in the majors this season.

Called up to replace injured pitcher Nate Karns, 24-year-old Eric Skoglund started his first big-league game opposite Detroit ace Justin Verlander on May 30. Everything about the matchup seemed primed for disaster: Skoglund, whose name sounds like a desk you’d buy at IKEA, had a 4.53 ERA in the eight starts he’d made in AAA ball. But he dominated the Tigers from the first pitch, giving up only four hits in just over six shutout innings — which included a three-pitch strikeout of future Hall of Famer Miguel Cabrera.

The Royals’ three-time Gold Glove–winning first baseman has finally stopped sucking. After a miserable start that made me question whether Hosmer, who is a free agent after this season, actually hated money, he’s raised his average over .300, and he’s finally driving in go-ahead runs instead of hitting into double plays. Hosmer appears primed either to help the Royals make another postseason run or to secure himself a fat contract with another team — maybe both.

It’s become a refrain as tired as covfefe: The Royals don’t hit for power. Somehow that’s changed this season, with the current squad on pace to hit 183 homers, shattering the old team record of 168, which was set in 1987. Mike Moustakas is leading the way with 18, and Salvador Pérez is right behind him with 14.

This 23-year-old rookie is off to a promising start in the big leagues. What’s most exciting about Bonifacio is his power: Since being called up in mid-April, he’s hit nine homers and maintained a respectable average. Sure, his defense could use some polishing, but whether he botches a play or nails it, his adorable resting bitch face is a welcome addition to right field.

Remember that time Royals ace Danny Duffy chatted with Joel Goldberg while dressed as a bear? Earlier this year, that memorable moment was immortalized on a shirt from Teespring, with 100 percent of the proceeds going to Duffy’s charity, Noah’s Bandage Project, which helps raise money for pediatric cancer research. The shirts appear to be temporarily unavailable, though I hope they are primed to make a comeback soon — much like Duffy from the disabled list.

If you watch Fox Sports Kansas City, you’ve probably seen King Richard and Sign Girl Sam. He looks right at home in a golden, jeweled crown. She rocks a personalized jersey with her distinctive hashtag on the back, and her extensive portfolio of clever signs ensures the couple gets lots of love from the Royals camera crew. She has a poster board prepped for every situation, from “Hip, hip, Herrera” to “Raised to be Forever Royal” to my favorite, “Whit makes this a Merri-field.”

In an attempt to revive the Royals’ flagging offense, Ned Yost put Alcides Escobar back in the leadoff spot for most of May. Esky is an unconventional leadoff hitter, but in 2014-15 the Royals were 91-55 when he batted first — and in 2015, the team was 42-17 when he swung at the game’s first pitch. Unfortunately, this year “Esky magic” could boost the Royals no further than 15-14 for the month of May. It was an improvement over April, sure, but still not enough to get this team back where it needs to be.

Man, fuck this guy. Because we live in a bizarre world where nothing makes sense, the Minnesota Twins occupied first place in the weak-ass American League Central for much of the year and have beat the Royals in all but one contest. Designated hitter Miguel Sano has been a key piece of that team’s anti-Royals force field, batting .467 with 17 RBI against the boys in blue this season. That’s right: We’ve accounted for roughly 40 percent of his overall run production.

The Royals have partnered with the Vitae Foundation, a nonprofit focused on “creating a culture of life,” according to its website, for the deeply upsetting “Champions for Life” essay contest, which will earn the winners four dugout-suite tickets to an upcoming game. The prompt seriously asks, “How can we make abortion unthinkable?” I can’t speak for all women, but I’d like to watch a baseball game without being reminded that the uterus police are lurking. If the team could find a way to win more often than they lose, that would also be great.