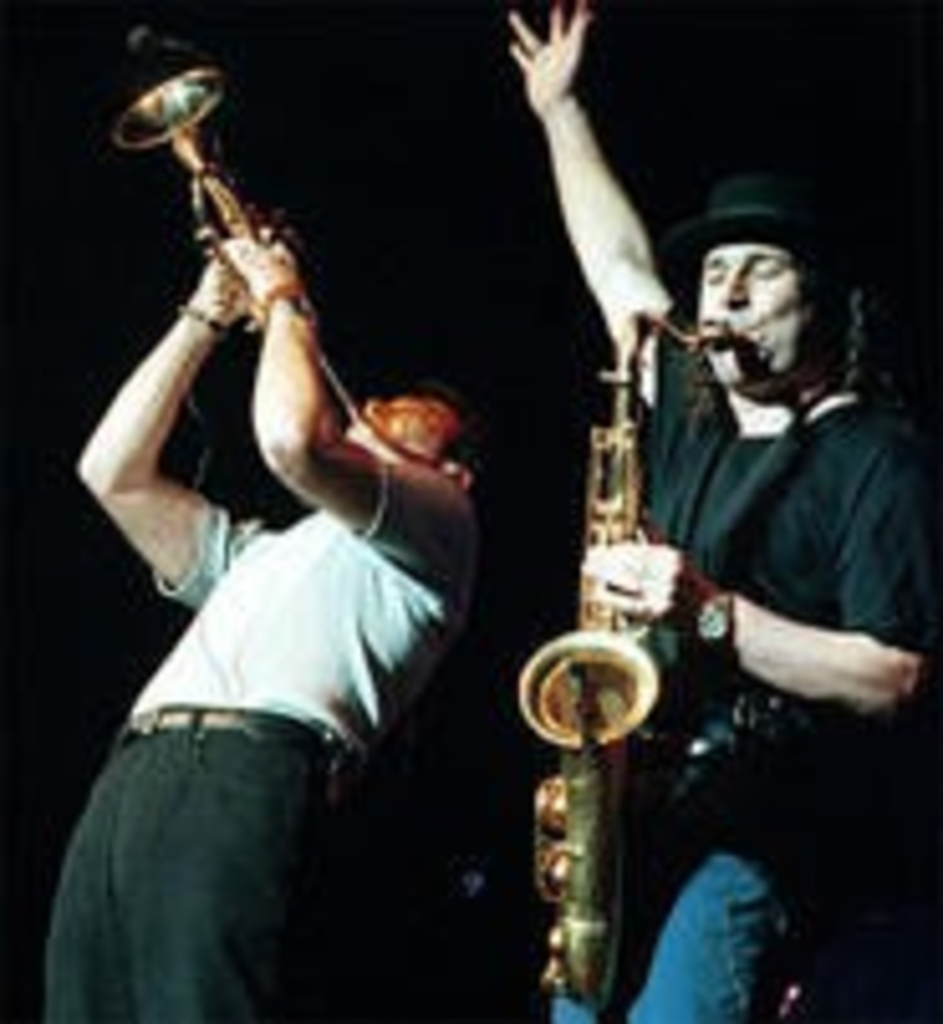 Slap a pair of suspenders on smooth jazz saxophonist Boney James and he becomes a dead ringer for erstwhile comedian Gallagher. Like his supposedly funny doppelganger, James is an acquired taste. Incorporating pop, salsa, and bebop into his smooth jazz stylings, he works many of the same areas so successfully mined by the late Grover Washington Jr., another artist who earned a dedicated audience despite being virtually ignored by jazz critics.

To his credit, James puts on a hell of a show, funneling all of his energy into solo after impressive solo. His music isn’t exactly inspiring, but the dedication with which he presents it to his audience is admirable. Joining James in this performance was Rick Braun, an accomplished trumpeter who has also made quite a name for himself on the smooth jazz circuit. The two work very well together, never stepping on each other’s solos. They clearly impressed the subdued yet respectful crowd with their passion for the music they were exploring.

Most of the material was from the recent album Shake It Up, the first official pairing between James and Braun, and they seemed determined to give every one of these songs a full workout, exceeding 10 minutes on most pieces. The funky Latin underpinnings of “Grazin’ in the Grass” got the crowd moving, and James rewarded their interest with an extended melodic solo.

Of the two musicians, Braun was the more impressive from a musical standpoint. His modal trumpet solos would be at home in any quality jazz ensemble, and it’s a little disappointing that he has chosen to go the smooth jazz route. He provided a brilliantly poignant solo on a reworking of Horace Silver’s “Song for my Father” and shone on the elegiac “The Stars Above.”

Whereas Braun is more willing to work in a traditional jazz idiom, James generally avoids playing anything but melody in his solos. This actually works against his material, often making it sleep-inducing at exactly the point where it needs to become exciting. The somnolent “Central Avenue” was a case in point, wasting an interesting melody with its utter lack of musical exposition.

Braun and James were backed by an adequately rhythmic band, but it was clearly the two soloists who were meant to be the stars of the evening. Their ability to trade solos provided most of the interest to the crowd, who cheered just about every phrase that left the musicians’ lips. The extended wait before the two ever took the stage created a sense of expectation, and it was nice to see the audience rewarded by a performance that was at least passionate, though hardly groundbreaking.

Acid jazz guitarist Ronny Jordan opened the evening with a short set that was actually more interesting than anything played by Braun and James. Despite the limitations of his backing musicians, Jordan showcased his devastating guitar licks on such showstoppers as “Midnight Blue” and “Soul Seduction.” Shedding notes from his guitar at exquisitely timed intervals, Jordan was able to provide the rhythmic backing to his own solos. It’s too bad that the headliner James was not able to display the same amount of musical ability.