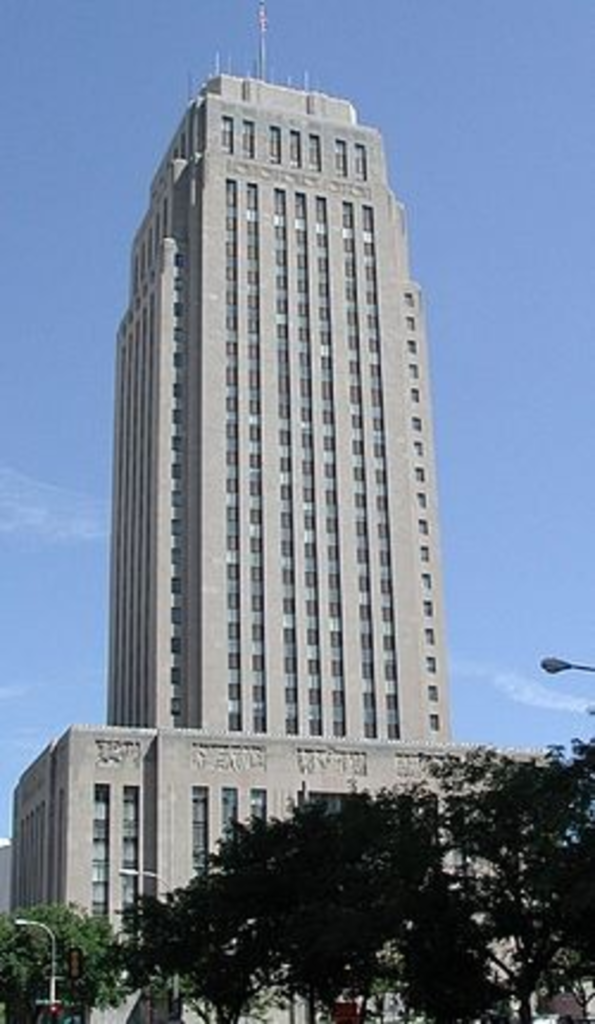 City Hall in Kansas City, Missouri, was evacuated this morning after a bomb threat was called into the Kansas City Police Department.

Police emptied the 29-story building early this morning and blocked off some streets around City Hall.

No specifics were immediately available about the nature of the bomb threat.

It interrupted a planned hearing to allow the public to voice their opinions about the future of Kansas City International Airport.

All meetings through noon on Tuesday have been canceled. City officials expect that workers can return to City Hall at noon if the police sweep of the building turns up nothing suspicious.

We’ll update with more information as we get it.

Update, 12:34 p.m.
Looks like City Hall will stay closed until at least 3 p.m. Police are still checking out the building and the area around it to see if something’s up.

Update, 2:10 p.m.
Police officers canvassing City Hall located some type of suspicious bag and took a closer look until they realized it wasn’t anything dangerous. The rest of their City Hall search turned up nothing. City Hall is about to open its doors once again.

Police say they’re still looking into who placed the bomb threat and why. The call came in at 8 a.m. The caller said he had left the bomb somewhere in City Hall at 2 p.m. on Monday. The caller was credible enough to City Manager Troy Schulte that he decided to evacuate City Hall.