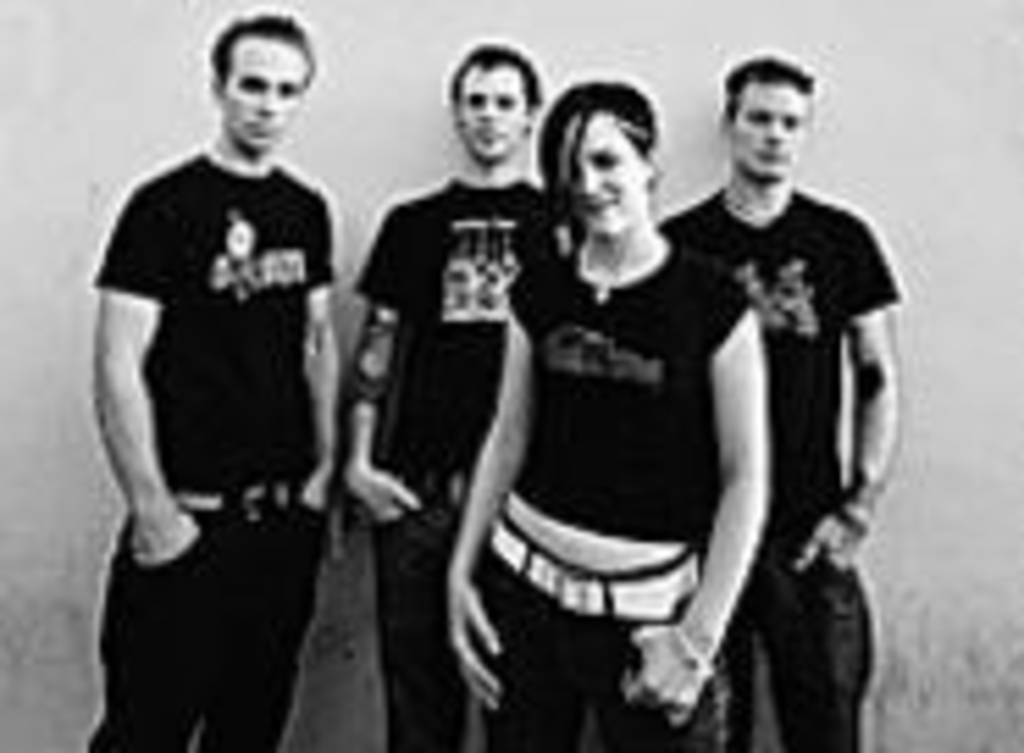 Until recently, Tsunami Bomb‘s claims to fame were unusually intelligent punk-pop and a fashion-forward frontwoman in Agent M, who sports a pink streak that weaves through her stark black hair like a flamingo floating facedown in an oil slick. But then the tsunami hit in December and killed thousands of people. Like Anthrax and I Am the World Trade Center, Tsunami Bomb suddenly found itself saddled with an unfortunately relevant band name, one that its current members played no part in creating.

Former bass player and comic-book geek Dominic Davi christened the group, aiming for a supervillainous, world-conquering-weapon feel. He adored the moniker so much that he booked shows under the name before assembling an actual band. After several months of gigging with friends from other outfits, Davi recruited Agent M and drummer Gabe Lindeman. Davi departed in 2003, but Tsunami Bomb kept the handle after the divorce.

But this isn’t the first time the name has caused trepidation.

“We have been dropped from a few projects because of our name,” says Agent M (whose real name is Emily Whitehurst). “I can see how people who have never heard of us would think that it’s terrible that we named ourselves after this tragedy. But we’ve been together for six years, and we’ve known what a tsunami was the whole time, whereas 95 percent of the population was like, ‘What’s a tsunami?'”

Prior to the natural disaster, the most recent appearance of the word tsunami on CNN occurred during a hilariously surreal interview between Agent M and anchorman David Haffenreffer, who opened with accidental footage of an unrelated act and closed with Haffenreffer uttering, “Tune in tomorrow for the Doobie Brothers.” Between those bookends, Agent M gamely answered strange queries such as “How big is the punk genre?” and “What is the best way to sell albums?” while a stock ticker raced under her bemused expressions.

Nowadays, CNN might not be willing to touch such a provocatively titled group, though the station probably wouldn’t receive any protest calls.

“No one really seems to be offended,” Agent M says. “But everyone is wondering if everyone else is offended.”