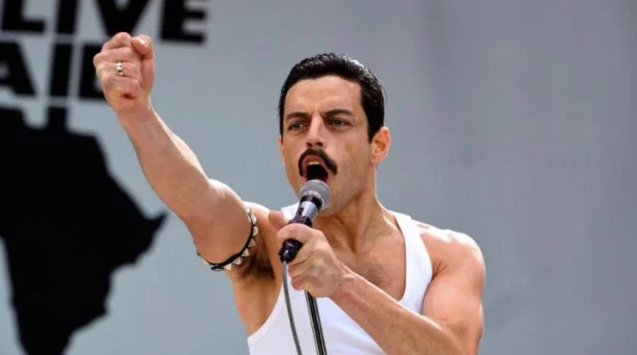 After the advance screening of Suspiria, I had a, let’s say, spirited conversation with a friend who’d also watched it. Alright: angry. He was angry. He hated it. The following evening, he saw a tweet of mine that suggested I might be coming around to the film’s charms. He wanted to know how I could go from what he termed correctly as “frustrated confusion” to anything resembling a positive review in just under a day. “That movie is garbage,” he tweeted back.

On one basic level, he’s not wrong. Director Luca Guadagnino’s Suspiria — loosely adapted from the 1977 giallo horror classic of the same name — is anything but a model of narrative coherence. I’d call it challenging; others might call it nonsensical. But after seeing the immediately forgettable and supremely disappointing “true” story of one of my favorite rock bands of all time reduced to a crass reenactment totally indistinct from other artists’ biopic structures — and here I’m referring to Bohemian Rhapsody — Suspiria haunted me. It felt like a deep cave, with all kinds of previously unseen tunnels just waiting to be explored.

Put another way: being provoked and frustrated is better than watching a surface-level extended music video that has zero interest in honestly examining its characters’ inner lives, distorts timelines for cheap dramatic shortcuts, and exists to prop up a new soundtrack featuring unearthed live material.

If you’ve seen the trailer for Bohemian Rhapsody, starring Rami Malek as Queen frontman Freddie Mercury, then you’ve essentially seen a dry run of the entire 130-minute film. It remixes five of the groups’ biggest hits and, with dialogue throughout that sounds like ready-made one-sheet taglines, sells a plot about band that made bold musical choices and changed the world. If you’re interested in learning about Mercury’s Parsi heritage (unique for a western rock star of any era), his complicated relationship with his girlfriend Mary Austin, his closeted (yet also flaunted) homosexuality, or his contracting of the HIV virus, then look elsewhere: I just told you as much about them as Anthony McCarten’s anemic screenplay (he also neutered Stephen Hawking’s story in the woefully hackneyed The Theory of Everything) wants to mention.

No, Bohemian Rhapsody coasts on the goodwill of an audience already predisposed to love the music and hungry to see the basic generalities of what it might have looked like to live back then. It even takes great pains to paint the group as one big family, making sure we know that not everything we love about Queen came from Freddie. (Not an accident, given that drummer Roger Taylor and guitarist Brian May are co-producers.

Part of the thrill of storytelling —whether it’s a novel, a podcast, a movie , etc. — is experiencing something that’s conjured up through senses and feelings, but McCarten shoves junior-high-level expositional dialogue into everyone’s mouths, while director Bryan Singer stages new musical montages every 10 minutes or so to win us back and string the whole embarrassing venture together. The 70’s-era costuming and Malek’s stellar recreation of Mercury’s performances (especially at the end) are top-notch, but those are the film’s only two true pleasures. Bohemian Rhapsody glosses over all the burning questions. It is the worst offender of the “show, don’t tell” rule I’ve seen in recent memory.

Queen’s most well-known hit gives the film its title (because of course it does). At one point, a record exec Ray Foster (Mike Myers) gives the band a hard time about how uncommercial a six-minute mini-opera is, a supreme miscalculation that represents what’s ill-advised about the entire movie. Myers’ accent is one step away from Fat Bastard or Shrek, and his presence makes an already overtly telegraphed and one-note scene play like an SNL outtake minus the laughs. There’s even a Wayne’s World reference. (I’m not kidding.) The tone completely undercuts the truth of the scene. After the song is released, bad reviews of it are printed on screen during another montage of the band playing to packed houses, as if we didn’t already get the point. So much of the movie preys off of hindsight that it’s practically winking at you.

Smartly, Bohemian Rhapsody ends with a 15-minute recreation of the band’s infamous set at 1985’s Live Aid, the unprecedented, internationally broadcast concert for Ethiopian famine relief. It’s hard not to be moved by Malek’s swagger and confidence as he channels the singer, especially knowing that Mercury and the band were estranged, their newest album was a flop, and they had about a week to practice. Also — as the film tells us — Mercury had just told the band he had been diagnosed with HIV. It’s a surprisingly moving conclusion to a film that is otherwise unable to muster any emotion from anything besides pressing play on another Queen song.

Except: Mercury wasn’t diagnosed with HIV until 1987.

Now, I’m no stickler for 100 percent biographical accuracy. Some things need to be condensed for story’s sake, but Bohemian Rhapsody thinks so little of its audience that it’s willing to move up his diagnosis by two years to assign life-altering motivation (that didn’t exist at the time) to give Mercury and Queen’s already inspiring comeback set more resonance. It’s a cheap move, and it had the opposite effect. So, yeah: Bohemian Rhapsody made me angry. 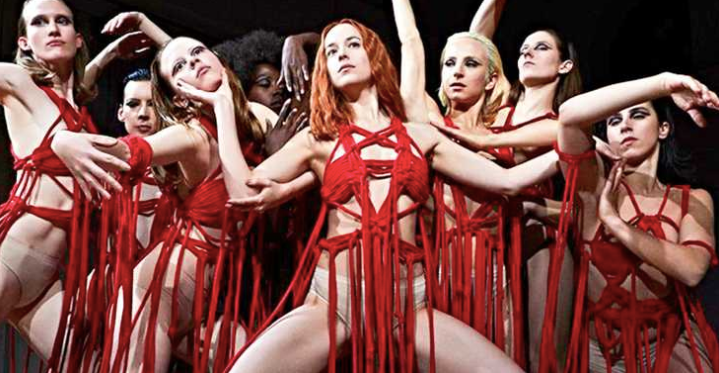 Suspiria was frustrating too, but for way different reasons. I was prepared for it to be so European and pretentious. Italian director Guadagnino isn’t known for super-stylized cinematic schlock like his countryman (original Suspiria director) Dario Argento. No, he’s known for slow but affecting high drama like last year’s Oscar-nominated Call Me By Your Name and I Am Love, a ravishing love story starring Tilda Swinton. So Guadagnino’s new Suspiria may seem nonsensical, but it’s a different kind of nonsensical than its predecessor.

Where Argento left out all the details, Guadagnino and screenwriter David Kajganich pack their story with too many, resulting in a 152-minute film that’s often confusing and doesn’t quite justify its entire length. Set in divided Berlin in 1977, Suspiria is set during the German Autumn — a time of unrest and violence brought on by an encroaching authoritarian state, not to mention the now 30-plus-year-old shame of Nazism. Elderly psychotherapist Dr. Klemperer (played by Swinton under heavy make-up) begins to investigate a West Berlin modern dance troupe when a student who has fled the academy tells him that it is run by a coven of witches. Meanwhile, a young Mennonite woman from Ohio named Susie (Dakota Johnson) becomes the new star pupil, exhibiting an unusual amount of confidence.

Clearly, Guadagnino has a lot of timely concerns on his mind. The larger backdrop and historical context serves as a warning about encroaching authoritarian rule worldwide (Brazil just elected an anti-democratic ex-military officer President, by the way), and it’s no coincidence that the one person who sees what’s truly happening more clearly than anyone — Klemperer — lost his wife to the Nazi regime. He recognizes the threat not just in Berlin but also in the all-female chamber drama taking place in the Markos Dance Academy, which exists in its own vacuum, far away from the scrutiny of the police or any men in general.

Instructor Madame Blanc (Swinton again) is trying to hold the troupe together, but forces within seem to be tearing it apart. This happens literally in a shocking scene where a tryout turns an unexpectedly pissed-off dance performance into graphic, limb-twisting mayhem. Shot about as far away from the Grand Guignol visual excess of the 1977 version (until its final minutes) as you can imagine, Suspiria re-imagines the story as a grainy, brown-and-red hued domestic drama, a la German auteur Rainer Werner Fassbinder. But it doesn’t shy away from shocking, violent imagery and it eventually embraces its roots as a fantastical horror film by the end.

Because the mystery of the witches is solved for the audience very quickly, Klemperer’s investigation grows tiresome and — until a backstory with his wife comes more into focus — many of Swinton’s scenes as the elderly male doctor fall flat. It’s a nice trick, and she’s thoroughly convincing in character, but Klemperer’s rubbery face doesn’t have the mobility needed for what is essentially a lead role. There is something delicious, though, about the fact that there are no male leads in Suspiria and the actual male actors that appear on screen are absolutely humiliated.

Suspiria isn’t especially scary, but it’s definitely squirm-inducing. And even though it depicts a closed collective of female artists who revel in their power and have long-term plans to gain more of it, it’s not afraid to show the adversarial cracks in the seams of mother-daughter relationships either. From a narrative perspective, there are flaws: the motives of Susie and many of the other authority figures at the academy are unclear for so much of the film (at least after a single viewing), and the investigation largely covers ground we already know. But however lopsided Suspiria is, it builds to a satisfyingly nutso conclusion with lots of righteous fury. And it sticks with you, demanding you reckon with its themes at least one more time.

Which is more than I can say for Bohemian Rhapsody, whose title track is now ruined for me, probably forever.