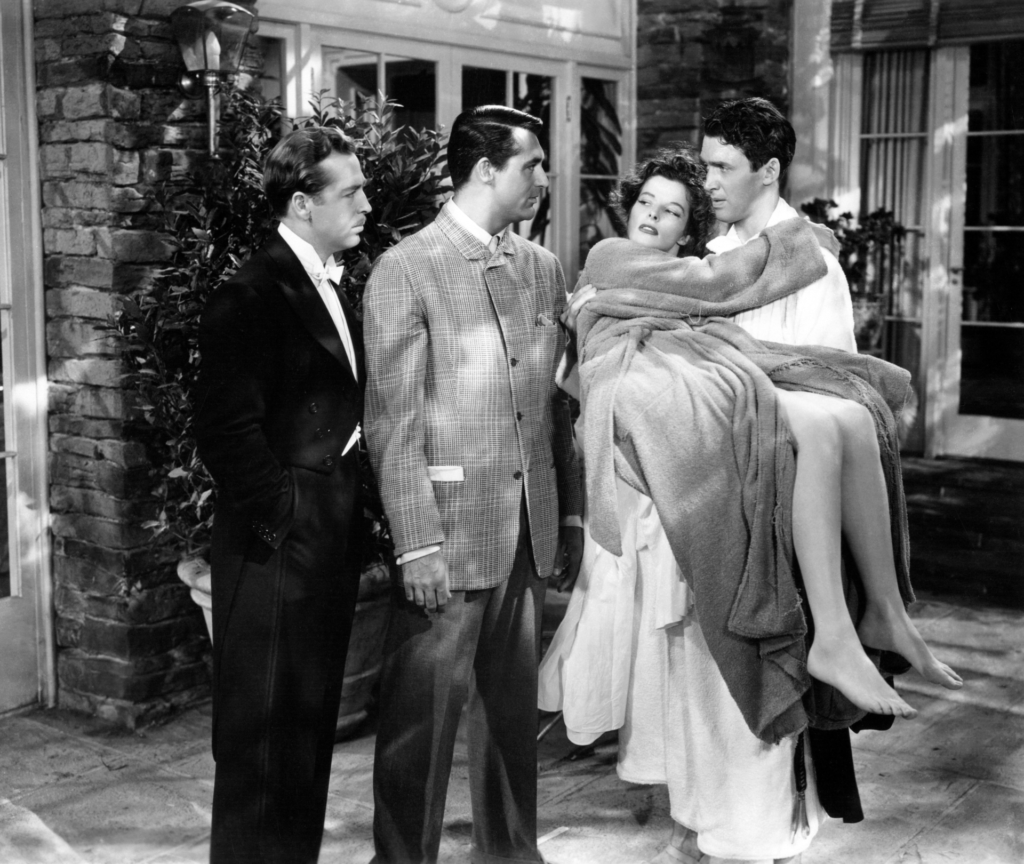 If you love movies but rely on streaming services to watch them, your life is about to get more complicated. In a little more than a year, all Disney-owned content will leave Netflix and move to a dedicated platform. If you want Disney, Pixar, Marvel and Lucasfilm titles — films and TV shows that make up a disproportionately large share of the mainstream public consciousness — you’ll have to pony up. (Disney also owns ESPN, which similarly plans to roll out its own à la carte sports service, but that’s a Hulk of a different color.)

Not that locking down every last princess, Skywalker and Avenger guarantees primacy. Netflix, Amazon Prime, Hulu, HBO Now, CBS All Access and an array of niche specialty streaming services (Filmstruck, Shudder, MUBI, etc.) are already vying for your automatic recurring payments — fragmenting the marketplace in the process. Cord cutters and cable subscribers alike may find themselves nostalgic for the extinct brick-and-mortar video-rental store. The selection may have been finite, but whole walls of stock didn’t disappear overnight due to big bundling deals.

Meanwhile, how many subscriptions is fair burden for one media-hungry household? OK, we’re all resigned to the fact that no one or two services offer every big movie or hot series. But as studios ink new deals for catalog movies, consigning other titles to the void, the services themselves can barely keep up, let alone the customer base (us). Wanna stream an entire franchise on the same service? Forget about it. Only three of the eight Fast & Furious movies are on any streaming service at all. Gremlins is on Netflix, Gremlins 2: The New Batch is not. Don’t make Gizmo cry; you wouldn’t like him when he’s wet.

This is my way of reminding you of a fundamental fact that takes on new resonance in the gift-giving season: For the die-hard movie junkie, physical media still rules.

With a Blu-ray, you’re likely seeing the best picture quality possible outside the cinema itself. (Have a 4K setup and/or a neighborhood theater where the bulbs are set for 3-D and make other movies look oddly dim? You’re doing better at home.) Remember that your streaming feed is necessarily compressed and subject to your internet provider’s limitations — not how Christopher Nolan does it. And let’s not forget about the extra features and the booklets and the commentaries that add up to a good Blu-ray. A decent shelf of well-produced discs is a mini film school.

Here, then, is my guide to some of the most impressive Blu-ray releases of the season. No bare-bones bargains or shitty transfers here, just high-quality picture, sound and extras.

This past summer saw the release of the final chapter in something very rare — a wholly satisfying sci-fi trilogy (and a remake at that). War for the Planet of the Apes is the third and last of the rebooted Planet of the Apes franchise, and, like Dawn of the Planet of the Apes before it, it achieves emotional and intellectual realism within a fantasy matrix. Better yet, it potently challenges political and racial ideologies. Andy Serkis returns for another motion-capture miracle as head ape Caesar, while Woody Harrelson is in fine form as a ruthless colonel who understands that the human race’s days are numbered. In addition to deleted scenes and commentary from co-writer and director Matt Reeves, the disc includes featurettes on the tech used to create photorealistic CGI apes, as well as the fascinating history of the original Apes franchise, which was radical for its time (the late 1960s to the middle of the next decade). You might as well spring for The Planet of the Apes Trilogy, which includes Rise, Dawn and a host of extras for about $10 more.

The late George Romero is forever known as the “father of the zombies,” but after inventing the genre in 1968 with Night of the Living Dead, the politically conscious low-budget auteur made three wildly different movies, collected for the first time in the limited-edition Blu-ray set George A. Romero Between Night and Dawn. There’s Always Vanilla (1971) is a melodrama about a young veteran who would rather be a drifter than have any responsibility. Season of the Witch is a 1972 surrealist feminist drama about a neglected housewife who discovers her calling through witchcraft. And you’ve likely heard of The Crazies, Romero’s angry 1973 return to horror, which is steeped in paranoia and distrust of the government. The latter two are both presented in 4K restorations; there are plenty of interviews, commentaries, and documentaries on the discs, too, plus a 60-page booklet featuring new writings on these rarely seen films.

Before Woodstock, there was the Monterey International Pop Festival. D.A Pennebaker’s 79-minute documentary Monterey Pop captures this historic Summer of Love weekend, immortalizing some of rock’s most defining moments: Jimi Hendrix lighting his guitar on fire, the Who’s Pete Townshend smashing his own ax. But Pennebaker and his crew (which included nonfiction legends Albert Maysles and Richard Leacock) shot way more footage than was released. Fifty years after the show, The Complete Monterey Pop Festival box includes not only a 4K restoration of the original cut of the movie but also raucous full sets from standouts Hendrix and Otis Redding, and another two full hours of concert footage featuring the Byrds, Buffalo Springfield, Moby Grape, the Grateful Dead, Simon & Garfunkel, Janis Joplin, the Mamas & the Papas, and more. Pennebaker’s verité style puts you right in the middle of this cultural moment, while his commentary and interviews go deeper.

The Next Musical Revolution

Ten years later, the Sex Pistols spit on all that peace and love and created a sense of danger that had been long missing from rock and roll. When bassist Sid Vicious was arrested in the stabbing death of girlfriend Nancy Spungen, it looked as if Sid believed his band’s own hype. Alex Cox’s remarkable 1986 romantic tragedy, Sid & Nancy, recasts wanton destruction as a suicidal death trip and self-fulfilling prophecy by two co-dependent, strung-out lovers (played by Gary Oldman and Chloe Webb). The Criterion Collection’s reissue is from a new 16-bit, 4K digital transfer supervised and approved by director of photography Roger Deakins, and it looks better than I’ve ever seen it. The bonus features are split between solid making-of stuff and doc stuff, including plenty of infamous real-life footage of Sid, Nancy and the Pistols.

Music of a Different Breed

If you see only one Polish musical-horror-vampire-mermaid movie this year, make it Agnieszka Smoczynska’s The Lure, also out on Criterion Blu-ray now. Released last year in America, this genre-bending drama is The Little Mermaid with a dark twist, giving its two topless teenage mermaids sharp pointy teeth and a thirst for blood. An interview with Smoczynska has her defending The Lure’s exploitative impulses as girl power, while its sometimes baffling original musical numbers blend glam rock and disco pop with lyrics that don’t necessarily translate well into English. Contemporary movies don’t often make it to Criterion this fast; whether this thing is hailed later as a classic is debatable, but The Lure is worth reckoning with now.

A movie spoken about in hushed tones among film historians, F.W. Murnau’s 1924 silent expressionistic masterpiece, The Last Laugh, is finally available on Blu-ray, in a 2K restoration from Kino Classics. Any short summary of the film — which follows the travails of a hotel doorman (Emil Jannings) — ignores its true innovation, cinematographer Karl Freund’s “unchained camera,” which seems to move freely, taking on adventurous new perspectives. Although silent, The Last Laugh also famously eschewed intertitles and pioneered the use of overlapping images and montage. This disc includes a new score, a making-of doc, commentary, and the unrestored version of the film on a DVD bonus disc.

For another lesson in visionary OG auteurism, pick up Criterion’s 2K digital transfer of Carl Theodor Dryer’s 1932 Vampyr. It was the first sound film by Dreyer (The Passion of Joan of Arc), but it was shot silently, allowing the director more camera movement. His wonderful trick shots help create a fractured, experimental narrative that make this a twisted great-uncle to David Lynch’s Eraserhead. A visual essay, a short doc and an in-depth audio commentary from a Dreyer scholar delve into his groundbreaking work here, and the movie itself holds up brilliantly. The Blu-ray also comes with a 215-page book containing the screenplay and the 1872 story it’s based on.

James Whale may have directed the Gothic horror tale Frankenstein, but his 1932 The Old Dark House (once thought lost) is more claustrophobic thriller than horror movie. Boris Karloff is again the heavy, but he’s just a raging alcoholic, not a superhuman monster. Whale keeps it simple while showing his talents for pacing, subtext and cheeky humor. Melvyn Douglas, Gloria Stuart (yes, the one in Titanic) and Charles Laughton are among the travelers holed up in a mysterious mansion to avoid a storm. Whale’s sharp direction gets a lot of campy mileage and genuine dread out of the house’s owners, even if The Old Dark House isn’t traditionally scary. There are two commentaries and a couple of short interviews.

When a great romantic comedy truly clicks, it’s usually because of a sparkling script, purposeful direction and the chemistry of a wonderful cast — a rare combination now that may never have been more perfectly brewed than it was in 1940’s The Philadelphia Story. George Cukor’s classic saved Katherine Hepburn’s career, led to James Stewart’s only Best Actor Oscar and features the archetypal Cary Grant performance. The new Criterion Blu-ray sports a beautiful 4K restoration, commentary, a doc and two full episodes of The Dick Cavett Show focusing on Hepburn.

Previous Blu-rays of Billy Wilder’s 1960 Best Picture winner, The Apartment, have looked and sounded good, but on December 12, Arrow Academy is releasing a new 4K restoration from the original camera negative, in a limited Blu-ray run of 2,700 copies. This timeless film — starring Jack Lemmon as an office worker beholden to his boss and Shirley MacLaine as the “other woman” to married man (and said boss) Fred MacMurray — is an absolute treasure. Handsomely shot and well-acted, it’s a perfect bridge between the classic era of screwball comedies and the more inward-looking character studies that would become commonplace just over a decade later. The bonus features on this edition are what you’d expect, with a good mix of academia and interviews, but it also comes with a 150-page hardcover book featuring new writing about the film and plenty of behind-the-scenes stills.

Finally, A Fish Called Wanda is getting a home-video release worthy of its status as one of the best films of the 1980s. Like The Apartment, this new Arrow Blu-ray sports a new 4K restoration sourced from the original negative. John Cleese wrote and stars in this darkly comic caper, which pits British and American stereotypes against each other to hilarious effect. Cleese’s uptight barrister is taken in by sexy con woman Jamie Lee Curtis, which makes her dim-witted lover, Otto (an unforgettable, Oscar-winning Kevin Kline), beyond jealous. A pet-loving hitman who keeps accidentally killing dogs (Michael Palin) is a sublimely absurd addition in a movie that still has the power to surprise. Lots of extras are ported over from a previous Blu-ray release, but some new appreciations and interviews are here, too.