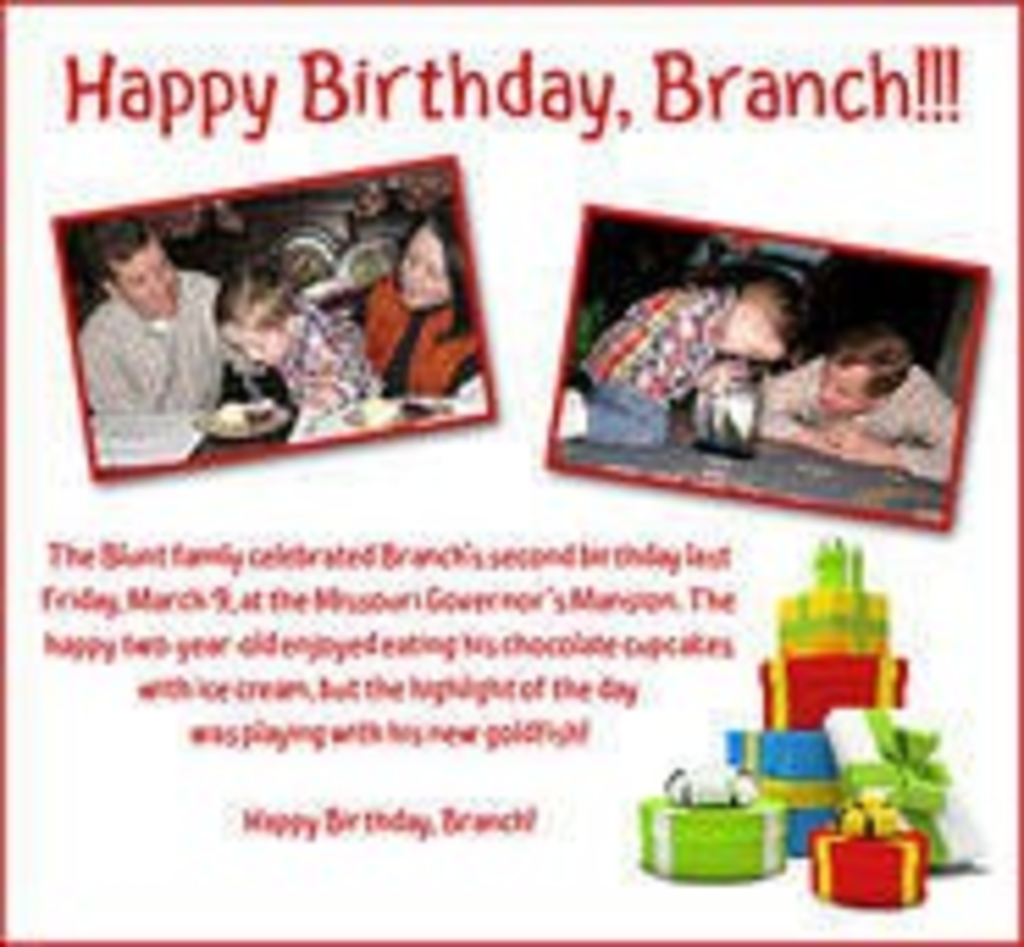 A few months ago, a Kansas Citian named Jennifer signed an e-mail petition to Missouri Gov. Matt Blunt, urging him to rethink his opposition to same-sex marriage. Jennifer isn’t much of a political activist, but she’d like to marry her girlfriend someday.

She never got a response. So it was a big surprise when an e-mail from Missourians for Matt Blunt showed up in her in-box on March 13 with the subject line “Happy Birthday, Branch!” It wasn’t much of a message, just pictures of Blunt and his family celebrating the 2nd birthday of son Branch at the governor’s mansion. There they were, blowing out birthday candles on cupcakes, examining Branch’s new pet goldfish, wallowing in heterosexual joy.

“To tell me I’m not worthy of having a family or having children at all, then to send me photos of his happy family? Oh, thank you very much, sir,” the 26-year-old midtown resident tells the Pitch. “That was the ultimate slap in the face.

“Don’t get me wrong,” she continued. “I’m glad that he and his family are doing well. But I consider it to be in extremely poor taste to take my e-mail address off a petition in which I request the right for that very thing and then send me a message flaunting all the things you don’t think I’m human enough to have.”

How did Missourians for Blunt get her e-mail address? Jennifer doesn’t remember what organization sponsored the petition that she signed, and press people at Blunt’s office say they don’t have Jennifer’s e-mail address. “We do not share e-mail addresses with outside entities,” says Jessica Robinson, a spokeswoman for the governor, who suggested that the petition may have been sent to a Blunt campaign Web site.

The Missourians for Matt Blunt organization isn’t saying. “I can’t discuss any type of campaign strategy,” Bekah Cooper, director of public relations, says when asked about the governor’s coldhearted e-mail.

We hope Branch had a happy birthday, at least. Next year, however, Branch needs a present that’s a little more masculine than a goldfish. You know, just in case.