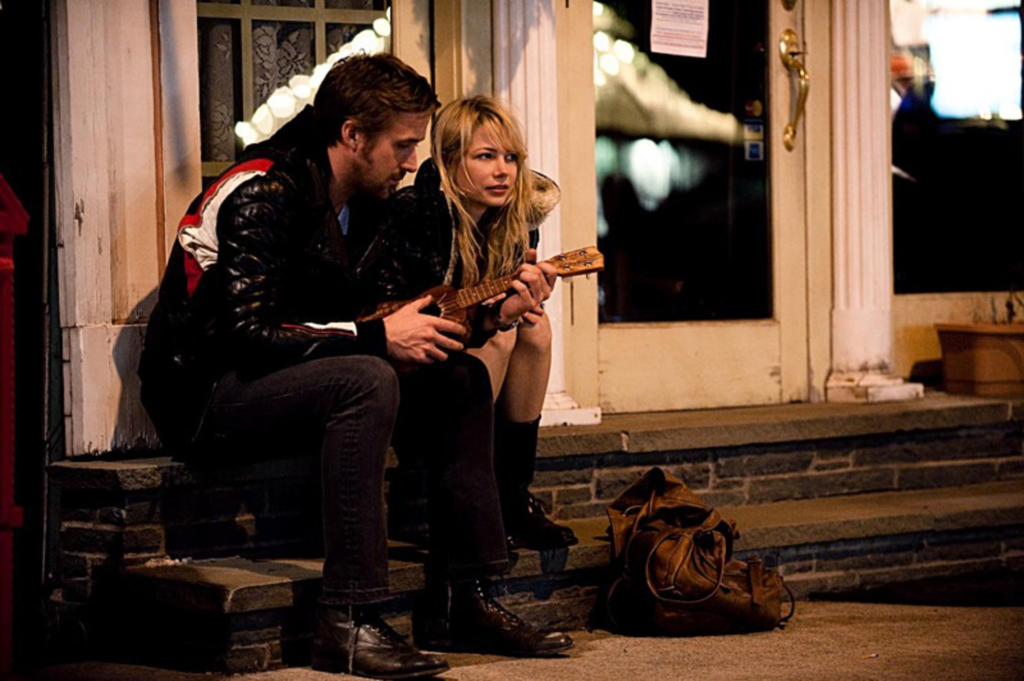 When the MPAA handed Derek Cianfrance’s Blue Valentine an NC-17 rating in the fall, cynics suggested that the so-called “kiss of death” was better publicity for the gently experimental marriage drama than anything that distributor Harvey Weinstein could buy. The rating was downgraded to an R, without any cuts, after Weinstein reportedly appeared in front of the appeals board.

This divorce movie, a story of how a couple travels from too-cute introduction to irreconcilable differences in about half a decade, begins with a child’s scream. Frankie (Faith Wladyka), the kindergarten-age daughter of Dean (Ryan Gosling) and Cindy (Michelle Williams), discovers that her dog is missing while Mom and Dad are still asleep (she in bed, he slumped in last night’s clothes in the living room). Cindy later comes across the dog’s corpse along the side of the road, and the parents decide to ship Frankie to her granddad’s house for the night so they can bury the family pet and figure out how to break the news to their kid.

With a rare night off from parenthood, Dean decides the time is right to use a gift certificate for a future-themed room at a hotel. “C’mon, let’s get drunk and make love,” he coaxes his reluctant wife. “Pack your bags, babe — we’re going to the future.”

They get drunk, all right, but there’s a scant supply of love left between them. There once was a surplus. Cindy’s chance run-in with an ex-boyfriend at a liquor store on the way to “the future” touches off the first of many long flashbacks to Dean and Cindy’s early days. Cianfrance weaves these recollections through the film to the end, ultimately dovetailing the couple’s wedding day with the last moments of their marriage.

In the film’s final act, as the parallel tracks veer in wildly different tonal directions, Cianfrance’s montage increases in fluidity, and the crescendo is effective. Cianfrance’s film is frustratingly surface-bound, however, in ways that reflect a lack of interest in imbuing his female character with the rich interior life and complicated morality that he gives his male lead. Cindy is written as a cipher, inexplicably veering from indifferent to Dean to purringly hot for him and then back to uninterested.

Williams performs Cindy’s enigmatic hot-and-cold routine as blankness. At the film’s emotional peaks, the camera assumes Dean’s point of view, getting extremely close to the actress as if that’s the way to capture the inner life that’s invisible to the eyes of both husband and lens.

Do “feelings just disappear,” Cindy asks at one point, without a visible trace? If so, Blue Valentine may be an accurate, naturalistic portrait of what it’s like to be locked out of your lover’s heart and head. It’s one thing that Dean has no clue who his wife really is, but in a film that purports to study intimacy, the filmmaker could give us more of a glimpse. Without it, Cindy isn’t just a heartbreaker — she’s a villain.