Blood on the Rink 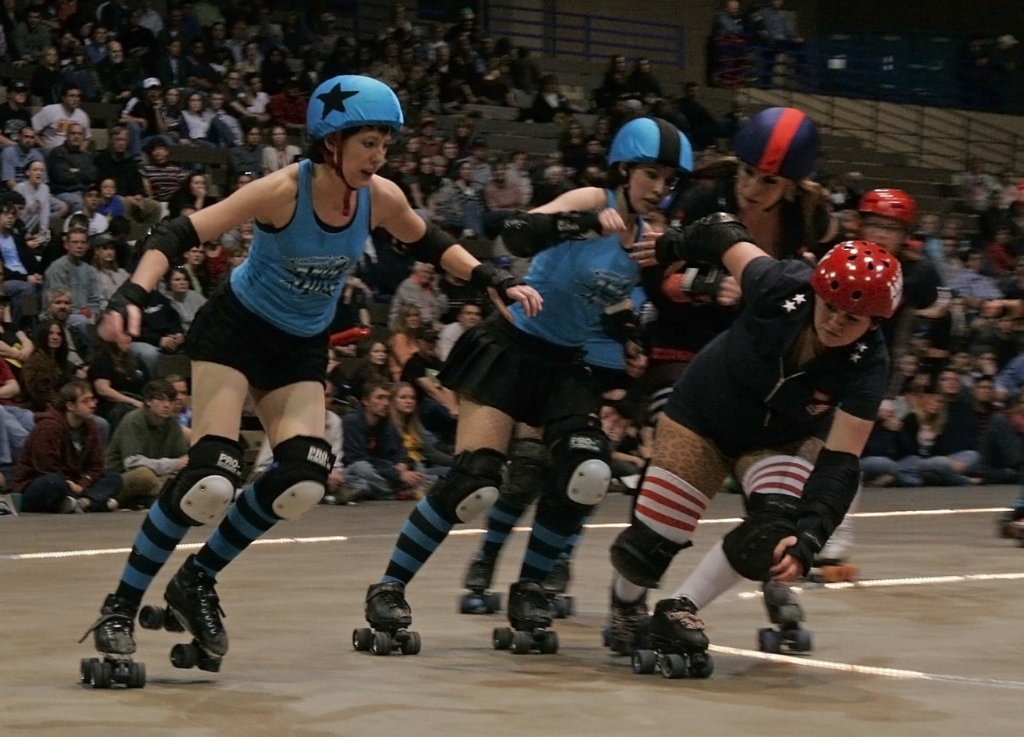 The 2009 Roller Derby season ushers in some dramatic changes for the Kansas City Roller Warriors, including some notable departures, according to two-year veteran blocker Ruth Canal of the Victory Vixens, number twenty-tooth. “We just had tryouts, so we’ll have 13 new girls that joined,” Canal says. “We lost many girls from last season. Our team alone lost seven players over the course of the season — notably Dee Claw. Snot Rocket has also retired. She’s the player most people probably know best.” Canal approaches this season of changes philosophically: “You always miss the good players because they inspire you to do better. But it shakes things up this season because so many key players retired. Things are going to change. The Dreadnought Dorothys are currently undefeated, and hopefully that won’t change.” When will Ruth Canal retire? “When I’m broken,” she says. Catch the league’s opening night at new venue Municipal Auditorium (301 West 13th Street, 816-513-5000) tonight at 7. Tickets cost $13 in advance or $16 at the door (half-price for kids).