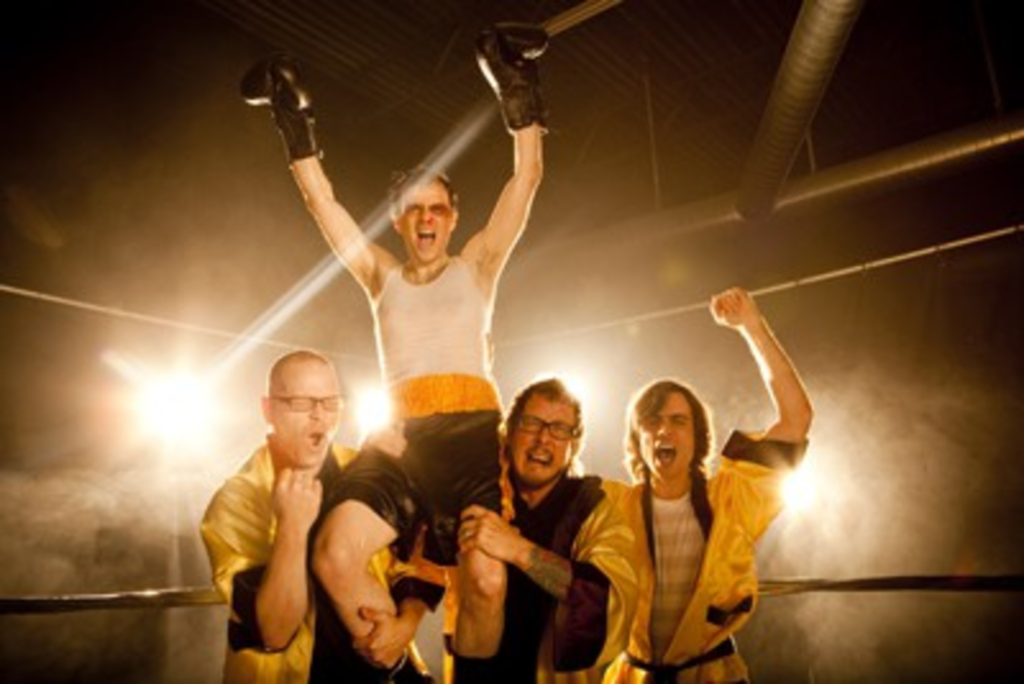 It wasn’t that long ago that a Blink-182/Weezer double billing seemed as laughable as the Ramones opening for Toto. (Don’t laugh — it really happened.) But time has conspired to bring the reigning kings of So-Cal pop punk and the titans of pro-nerd rock together at last. And based on recent Weezer songs, such as future wedding classics “I’m Your Daddy” and “Girl Got Hot,” the pairing isn’t the mismatch it might once have been. Rivers Cuomo, apparently, has been studying the sophomoric shenanigans of Tom DeLonge and his band with the same intensity that he studied English at Harvard, singing about the things that made Blink-182 famous: California, chicks, drugs, sex, and tattoos. What’s his age again? As for Blink, now that the band is back together following a five-year hiatus and a near-death experience for drummer Travis Barker, it will be interesting to see if the group takes on the slightly more mature tone of a group like Angels and Airwaves. Nah … cannonball!