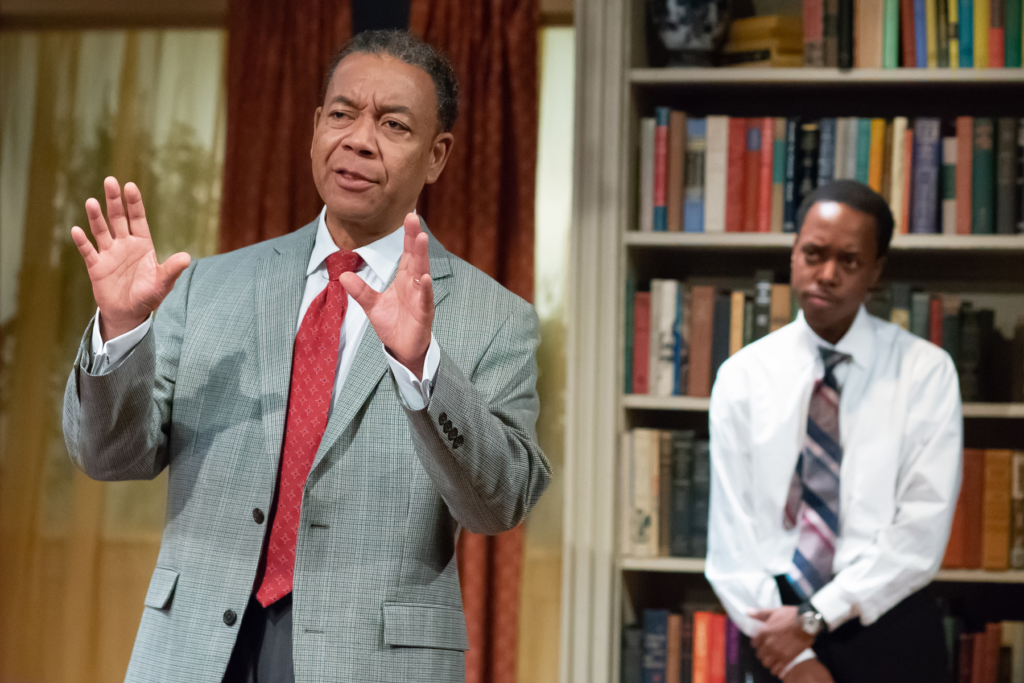 How do you love people who hate you? It’s a revealing — and self-reflective — question posed by Martin Luther King Jr. in Becoming Martin, a play at the Coterie Theatre that opens the company’s 40th season.

It’s a richly composed work by writer and filmmaker Kevin Willmott, professor of film studies at Kansas University and co-writer of the current film BlacKkKlansman, also based on historical events.

As Willmott tells it, King (Aaron Ellis) is a confused adolescent, an academic prodigy who considers law or medicine, not the ministry, as a way to engage in social justice. Growing up in the Jim Crow South, he’s incensed by deplorable incidents of virulent racism — and deeply troubled by the experiences. Morehouse gives him sanctuary — “No one is afraid here,” Mays (Walter Coppage) assures. And out of range of his domineering father, Martin Luther Sr. (Granvile T. O’Neal), he questions his faith and searches, at that young age, for a way to help his people. 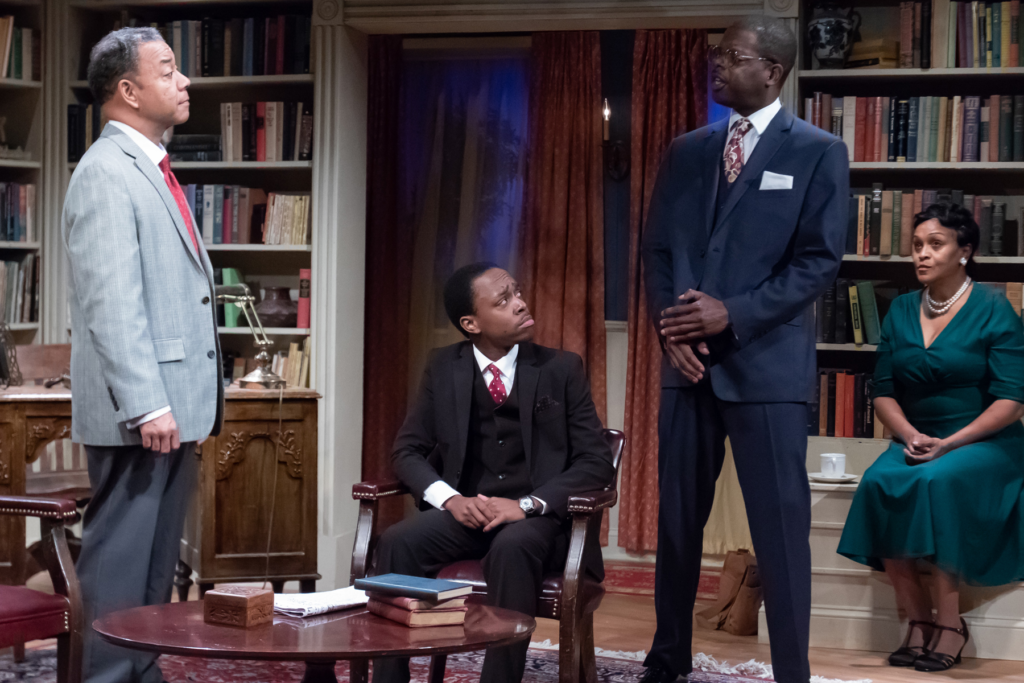 We get a glimpse of the influences that make the eventual leader in this skillfully produced, insightful play. Under the direction of Chip Miller (assistant artistic director at KC Repertory Theatre), the one-act flows with the fluidity of film, scenes swiftly and smoothly easing in and out like the ebb and flow of waves. Distinctive flickering shadows (lighting design by Jarrett Bertoncin) inform us of the time of day at the tastefully appointed home (set design by Jordan Janota) of Mays and his wife, Sadie (Sherri Roulette-Mosley), where all the action takes place.

Our eyes don’t stray from the actors onstage. The talented Coppage is front and center, his multilayered Mays the fulcrum of Becoming Martin, grounding this show as his Mays grounds the young King. Ellis, too, is strong, projecting a dual nature of sorts — an energetic, intellectually precocious, and sometimes badly behaved student within the man he’s yet to be. Also very good in secondary roles are Roulette-Mosley as Mays’ supportive wife and partner Sadie, O’Neal as the forceful Martin Luther King Sr., and George L. Forbes as Morehouse professor George D. Kelsey.

Written for kids 12 and older and for adults, this 75-minute play (including a post-show Q&A that enhances the material) touches an emotional nerve. But the resonant story — of a life-changing relationship and, ultimately, a search for oneself — splices in humor, too. Befitting the Coterie approach, it informs while it entertains, and leaves us with lingering impressions.