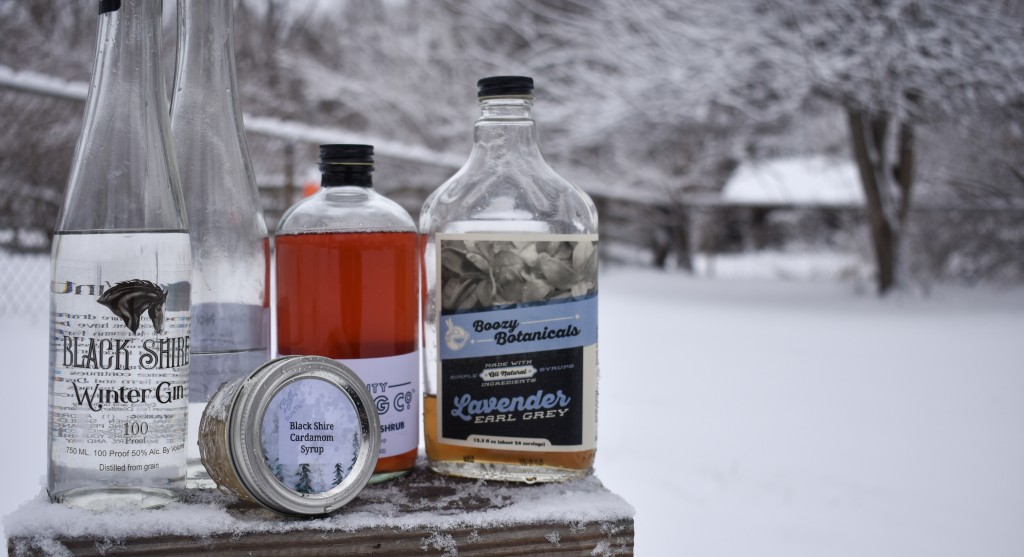 Winter mixology in the backyard. // Photo by Alana Broyles

Hermann, Missouri’s Black Shire Distillery just released their first seasonal gin. The Winter Gin features tasting notes of clove and nutmeg, with bitter orange and blue juniper. The limited batch comes in 350ml bottles and will be available through March.

We were lucky enough to be able to try Black Shire’s Winter Gin and their house-made cardamom syrup—which you can enjoy at the distillery as a Winter Gin Sip cocktail.

When drinking alone, the clove really comes through, and the gin itself seems a bit more ‘boozy’ than other gins we have tried. 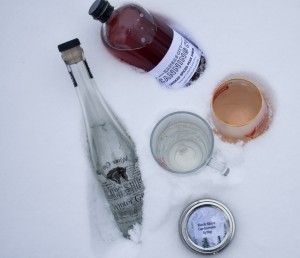 The two cocktails we made helped tone down the push of the alcohol, and also brought out the winter spices.

We also got to try Black Shire’s Spring Gin, which will debut in March. We found it to be much lighter and more floral, with notes of lavender.

We tried that liquor alone. Then we mixed it with some Boozy Botanicals Lavender Earl Grey syrup, lemon juice, and a splash of Prosecco. Since this gin is much lighter, we could definitely drink this concoction on ice.

Both gins were made extremely well and we are looking forward to the other seasonal gins Black Shire will release throughout the rest of the year.

If gin isn’t your liquor of choice, Black Shire has a lineup of other spirits as well that include bourbon, blended whisky, vodka, and a limited edition three-year rye whisky that was rested in spent Norton barrels.

Here’s a duo of original Pitch-crafted cocktails we made with Black Shire’s gin.