Black Panther: Wakanda Forever is a welcome return as Coogler does it again

Black Panther: Wakanda Forever has a lot on its plate, if that wasn’t already apparent from the sob-inducing “No Woman No Cry” teaser that appeared near the end of July.

Ryan Coogler’s follow-up to 2018’s superb Black Panther has to continue the success of that original cultural juggernaut, continue the larger narrative of this phase of the MCU (which is becoming increasingly fragmented and tough to follow), and do all that while paying tribute to Black Panther star Chadwick Boseman, whose tragic death in 2020 from colon cancer shocked fans.

So, how does it do balancing all those plates? Pretty well, thank Bast.

Wakanda Forever builds on the existing mythos of Wakanda, adds a cool-as-hell new culture and set of characters to its world, and tells an effective story about grief, anger, and living with responsibilities. At nearly three hours, it’s a little overstuffed, and some elements that are clearly there to tie it into the larger direction of the MCU could be cut entirely, as they don’t really go anywhere or add to the plot. However, it’s still a grand, vibrant epic and a worthy series continuation.

The film opens with Boseman’s King T’Challa dying offscreen from an unspecified illness, one which leaves Wakanda unprotected and his family—particularly his sister Shuri (Letitia Wright)—distraught with grief. In addition to their pain, Wakanda’s leadership has to contend with continued diplomatic tensions stemming from their continued refusal to sell their vibranium to other nations.

Attempts by the U.S. to find vibranium deposits elsewhere lead to the inadvertent disruption of Talocan, a vibranium-rich underwater kingdom led by mutant Namor (Tenoch Huerta), whose previous experiences with colonialism left him embittered and vengeful toward the surface world. Namor approaches Shuri and Queen Ramonda (Angela Bassett) with an ultimatum: deliver the scientist who created the American drill—gifted college kid Riri Williams (Dominique Thorne)—to Talocan, or Namor and his army will destroy Wakanda.

In addition to returning viewers to Wakanda’s colorful afro-futurist paradise (costumer Ruth Carter’s outstanding designs also make a welcome return), Coogler adds the Aztec-inspired Talocan, an outstanding location in its own right. Namor and his people have their own fascinating lore, which the film treats with just as much creativity and reverence as Wakanda’s. Autumn Durald Arkapaw’s cinematography is naturalistic and beautiful, not to mention ambitious, considering some of the film’s underwater sequences, which the film’s visual effects team also execute impressively.

Like Michael B. Jordan’s Erik Killmonger in the previous film, Coogler’s presentation of Namor is another side of the coin that guides Wakanda’s own principles. Both Wakanda and Talocan are nations who have witnessed the evils colonialism perpetrates toward vulnerable people of color. As a result, they’re both highly protective of the knowledge and resources that have allowed them to flourish independently. Namor operates from a place of anger and a desire for revenge. As Wakanda’s leader in training, the question for Shuri becomes whether she will do the same, or instead try to overcome her grief and strive for mercy.

In addition to Wright’s expanded role as Shuri, Wakanda Forever also deepens other areas of its already strong roster of performances. Bassett’s Ramonda gets a strong arc, with plenty of opportunity to exude confidence, poise and occasional righteous rage. Danai Gurira’s Dora Milaje leader Okoye has her own crises to contend with, causing some surprising breaks in her usual calm demeanor. As Namor, Huerta is also a powerful force to contend with in a strong, complex breakout role, one with as much potential to influence the MCU’s future as Boseman’s T’Challa.

Black Panther: Wakanda Forever manages to still capture the creative thrill of the first Black Panther film, while going in intriguing new directions. There are bits of connective tissue to the greater MCU that don’t feel like they need to be there (the fact I haven’t said anything about the subplot involving Martin Freeman’s Everett Ross or Julia Louis-Dreyfus’ CIA director de Fontaine tells you everything you need to know about that). However, extraneous bits aside, Coogler’s Marvel films continue to feel like nothing else the studio has put out to date, which is about the biggest compliment a Marvel movie can receive these days. 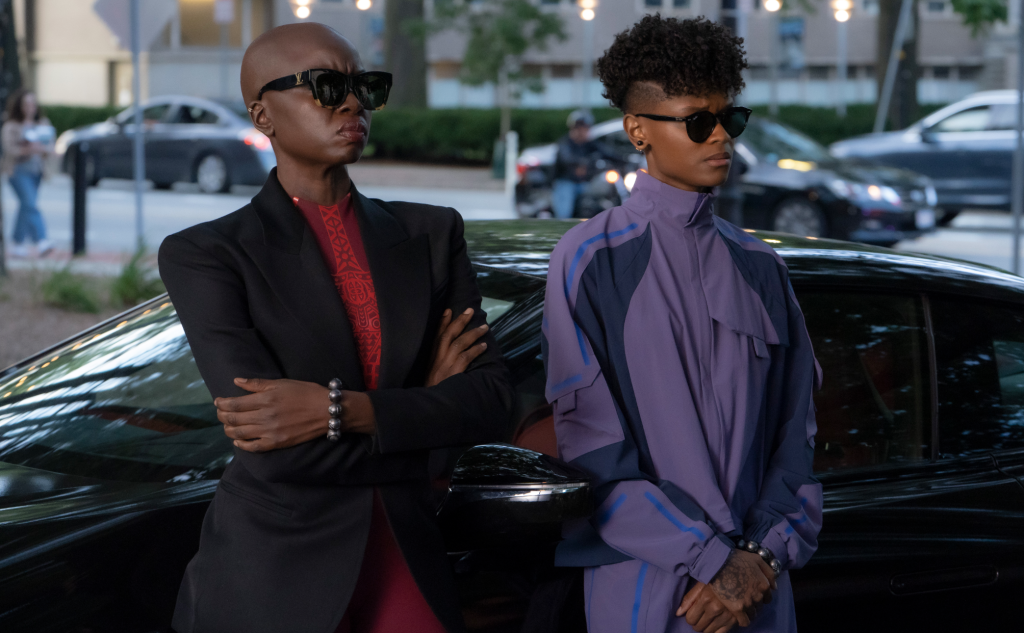