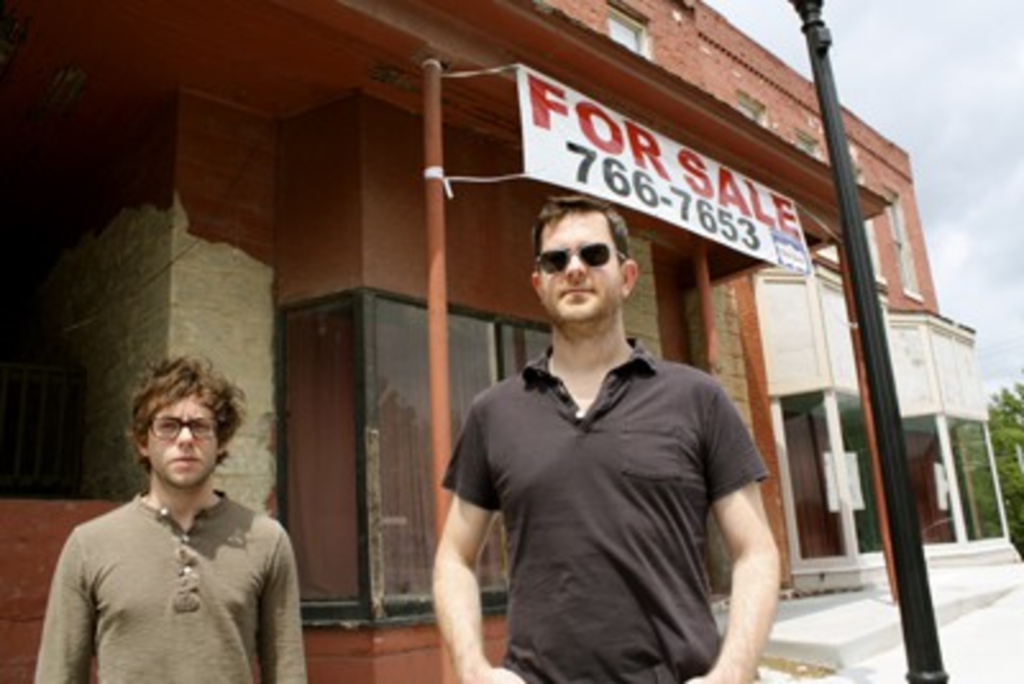 There’s a giant FOR SALE banner hanging on the front of Black
Lodge Recording Studio in Eudora, Kansas. If anyone steps up, one
of our music scene’s defining institutions could begin anew. Otherwise,
it’ll most likely disappear.

The area’s pre-eminent music studio has been on the market for six
months. With no takers as yet, $300,000 gets you the studio and all its
equipment; $200,000 gets you an empty old building in downtown
Eudora.

For 20 years, the studio has churned out some of the best records in
local history, by such artists as the Get Up Kids, Ultimate Fakebook,
Koufax, the Casket Lottery, the Appleseed Cast, Coalesce, Vedera and
many more. It has brought national acts like Motion City Soundtrack and
Brandtson to town to make records in the homey confines of Eudora,
where the spirit is fed by relative isolation and Jasmin Restaurant’s
bold pairing of Chinese and Mexican takeout.

Even today, amid all the music industry’s struggles, Black Lodge
maintains a steady business. This month’s clients include Coalesce,
Empires, the Sexy Accident and Black Tie.

So why is it for sale?

First and foremost, the three owners are moving on to new
adventures. Get Up Kids Ryan and Rob Pope are getting up and moving to
Portland, Oregon, and engineer Ed Rose wants to make records in places
other than Eudora (he recently worked a gig in Australia). The three
entrepreneurs bought the studio in 2002 from Sam Platt, who owned it
throughout the ’90s when it was called Red House.

There’s a palpable sense of exhaustion exuding from Ed and Ryan when
I meet with them to discuss the pending sale. Part of that is
attributable to the fact that they also own a bar (the Bourgeois Pig in
downtown Lawrence), and part is due to the changing nature of the
recording industry.

“When music became free, that wrecked the entire business model of
how the industry had been functioning for 100 years,” Ed says. “While I
do think there will be fewer and fewer studios, there have to be some
— otherwise, making music gets gross.”

Gross is a word that Ed uses a lot these days. He uses it to
describe the vogue process of making computerized records with fake
drums and pitch correction (which he’s a whiz at, by the way). He also
uses it to describe the “death of musicianship” that he has encountered
of late.

“Every kid understands how much power the computer has to correct
performances, and that’s led to apathy,” he says. “From an engineering
standpoint, I can fix anything now. But when fixing one thing turns
into every drum hit or every syllable, that takes the fun right out of
it.”

Gross could also characterize the current budgets that record labels
give bands to make records. What used to be a $20,000 album is now more
likely to be a $10,000 album.

Ed says he first started noticing the shrinking budgets in 2006
while working with Brandtson, a Cleveland band that records for the
Militia Group label.

“The label came up with a new formula based on previous album
sales,” he says. “Back in the good old days, you signed a contract for
x amount of records with the budget increasing for each
one.”

The trend isn’t a death knell for studios like Black Lodge, but it
does sound a warning bell.

“Whoever buys this studio will have to spend all their free time out
here and take any gig that walks through the door,” Ed says. “Every
once in a while, a studio needs a shot in the arm, and at this stage in
the game, I’m not sure how many of those I can deliver.”

The news of the sale conjured up a decent amount of interest right
out of the gate, but each potential buyer fell prey to investors who
backed out or to bank loans that fell through.

“I think everyone’s a bit scared to get into a new business, which
is what we’re told to be,” Ryan says. “We had to convince ourselves
that it was a good idea [to buy the Bourgeois Pig], and it turned out
to be a great idea.”

Ideally, Ed and Ryan will still be able to execute Plan A: handing
over the keys to a new owner and continuing to work at the studio.

“Pulling out all my drums and setting them up — that’s still
fun for me,” Ed says. “While I do love that room, I’m looking forward
to not being responsible for tarring the roof when there’s a leak on a
hot day.”

In the meantime, Black Lodge is still open for business, and Ed is
still working on his pet project of creating a drum-sample library to
sell to a company such as FXpansion.

“Drum libraries are huge right now because it’s easier than learning
how to record them the right way,” he says. “From a technological
standpoint, I think it’s amazing. But it adds to the homogenized
grossness that is music today.”