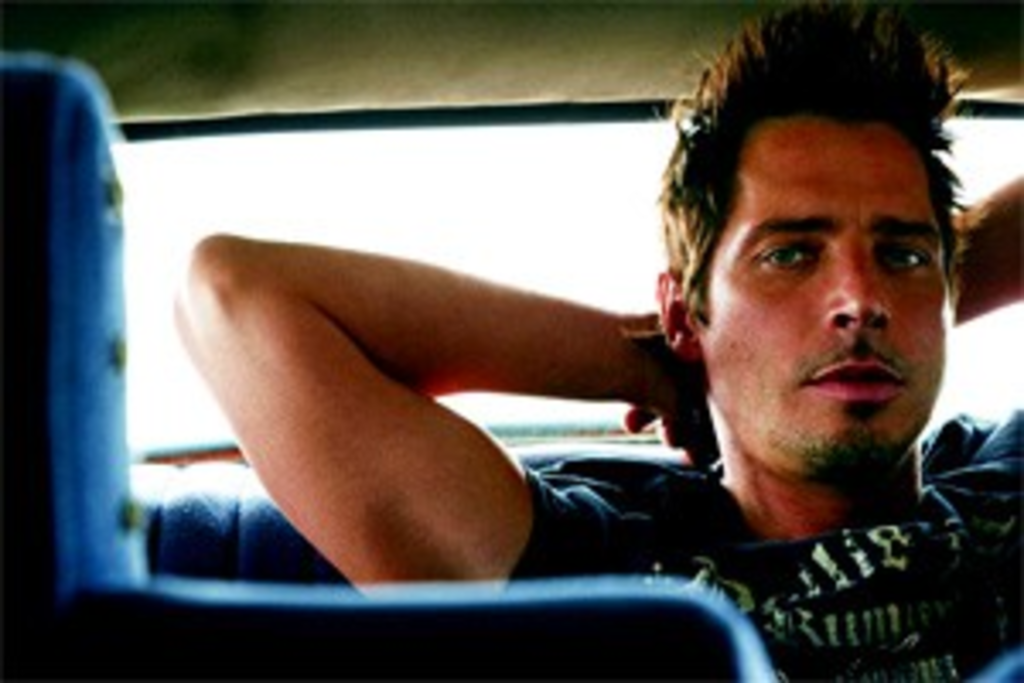 The environmentally aware former Soundgarden leader is talking about how hard it is for people to make changes in their daily routines to help offset global warming.

Though he took part in the multicity Live Earth concert to promote climate-change awareness this past summer, Cornell has, according to comments he made in the press at the time, actually felt “stressed out” about the environment since his teens, when he began hiking and camping in his native Pacific Northwest. There, he was struck by both the grandeur of nature and its vulnerability to human interference.

Cornell addressed the topic in song as early as 1989, in the Soundgarden tune “Hands All Over,” and then again in the band’s 1991 cover of Black Sabbath’s “Into the Void,” in which he replaced Ozzy Osbourne’s lyrics with an 1852 letter from Suquamish tribe leader Chief Seattle that admonished white American society for its lack of respect for the Earth. But, as his fans are aware, Cornell tends to lean toward oblique rather than explicitly political imagery in his lyrics.

“Music as a pulpit or a tool to put a message out there — I don’t think of it as a medium for that,” he explains. “It’s an art form that shouldn’t necessarily be abused. But something like Live Earth was an ingenious forum because it draws a lot of people’s attention to a subject. There was an opportunity to educate a lot of people, even myself.”

He also took action in his personal life well before green consciousness became pervasive in everyday discussion. Cornell proposes that individual behavior can have a compounding effect.

“During the first Gulf War,” he recalls, “I had a 1966 Chrysler that I’d inherited from my grandfather. It was like an 18-and-a-half-foot car with an enormous engine in it. And I just felt weird about that war — the same weird feelings I feel about the second war — that there were obviously oil-related issues, and I didn’t want to drive. So I started riding a bicycle. People see that, and I remember seeing other people doing the same thing, riding around Seattle on bicycles. I think that kind of thing makes a difference. Unfortunately, it has to happen with individual citizens of planet Earth because it doesn’t seem to really be spearheaded too much in different governments or big business, which is where it needs to be.”

Cornell admits that the parameters of choice fall into place more conveniently for him than they do for the average person. Air travel, for example, is a reality for working musicians. Automobile dependency, however, is a different story.

“When it comes to ground transportation or what car I drive,” he says, “I’m hardly ever home. I don’t have a normal commute or a normal daily life.”

Though Cornell asserts that his private environmental concern has stayed constant throughout his career, the character of his music has shifted significantly. Fans may have trouble reconciling their image of today’s Cornell, the pop balladeer, with the intellectually acute wailer who once electrified the imagination of millions of gloom-obsessed young men.

At his hungriest, when he was framed by the suppressed violence seething at the heart of Soundgarden’s lurching roar, Cornell hit on a perfect balance between bloodcurdling desperation and heady aloofness. Once he made esoteric references to ice picks raining on steel shores; on his new album, Carry On, he sings the most recent James Bond theme and covers Michael Jackson’s “Billie Jean.” He also talks a lot in interviews about his own personal happiness. Clearly, the ’90s generation’s King of Pain has left the building.

“You Know My Name” by Chris Cornell:

But Cornell insists that he still relates to his old material.

“I don’t think I really have any different attitude toward it,” he says. “The older music doesn’t feel like a long time ago to me. When I’m playing the songs, I feel just as connected to it as the day or the week that it was written. I think songs are a time machine that way, because it’s like other aspects of life — colors, smells — that trigger a memory. It’s kind of an immediate thing. I don’t have to really search for who that person was that was thinking that way or feeling that, because that person is definitely still there.”

This bodes well for older fans hungering to hear him belt out some old classics in person again. Despite having just emancipated himself from his unit-shifting modern-rock outfit Audioslave in February to devote all his energy to solo work, Cornell has made a conscious decision to include every phase of his career in his live show and vary his set from night to night.

But how far back is he willing to go? Can audiences expect to hear vintage chestnuts such as Soundgarden’s “Nothing to Say” or “Beyond the Wheel”?

Cornell insists that nothing in his back catalog is off-limits, though he usually sticks to the Soundgarden songs that he wrote entirely himself. He says his approach to making set lists is more audience-friendly than Soundgarden’s was.

“In a sense, Soundgarden was a selfish band when it came to performing live,” he says. “We would focus on the songs that we wanted to present. Personally, I want there to be participation when it comes to my live show. I want it to be what me and the audience agree are the songs that are the most exciting in a live setting. But there’s nothing I would just write off and never do.”

Fans might be leery of his newfound affinity for crowd-pleasing, but Cornell’s increasingly approachable demeanor gives his older, more guarded material a shine. A YouTube clip from 1996 shows Cornell onstage with Soundgarden introducing the hit “My Wave” as “one of those songs that you write when you want to say ‘fuck you’ to everybody.” He then urges the crowd to scream “fuck you” to the band. They oblige.

This time, he probably won’t be asking you to give him the finger — or hug a tree.