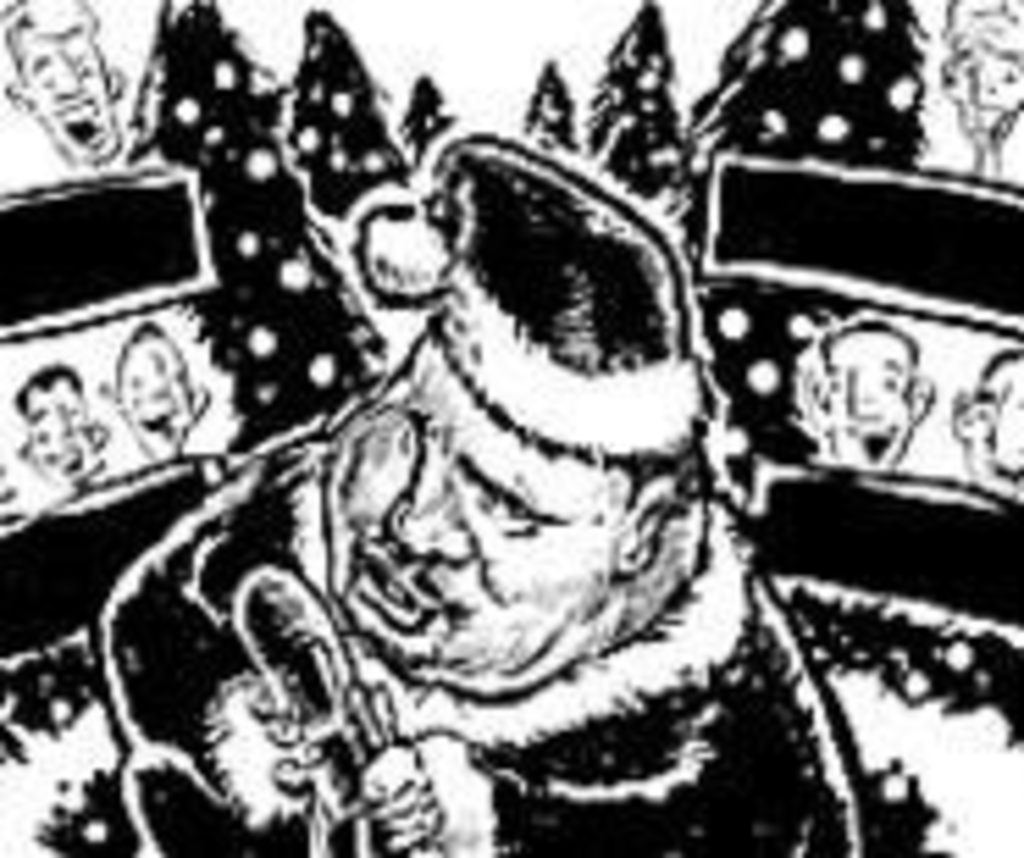 Jason Whitlock, The Kansas City Star’s African-American sports columnist, says Roy Williams’ Jayhawks are too black for their own good.

For the first time in more than a decade, the University of Kansas had lost three games before Christmas, and pundits were grasping for reasons why. “If you look at Roy’s typical eight- or nine-man rotation, it’s not his typical rotation,” Whitlock said on his WHB 810 radio program the day after KU’s win over Central Missouri State earlier this month. “There’s something missing. It needs a dash more salt.”

The usually frank and outspoken columnist tiptoed around his racially charged statement with the same grace he displayed munching pork chops on his truncated marathon stroll last month. He managed to demean white basketball players as well as black basketball players while insinuating that Williams is a racist.

During that show, Whitlock also played a song parody set to the tune of “White Christmas.” It depicted Williams as a college basketball coach bemoaning the fact that he had too many black players and not enough white recruits. I’m dreaming of a white sixth man, just like the ones I used to know, sang a group of WHB employees. The song made a reference to some happy time before cornrows, apparently referring to Jeff Graves, KU’s cornrow-sporting junior-college transfer. And may all my recruiting classes be white, it concluded.

“There’s no shortage of talent,” Whitlock clumsily explained for the benefit of listeners who might not have understood his insinuation. “Everybody wants to be politically correct and not say the wrong thing. And I’m sitting on radio right now trying to do the same thing.”

But Whitlock couldn’t help himself. He rarely can. In October 1998, Whitlock baited New England Patriots fans from his seat in the press box by displaying a handwritten sign to the crowd that read “Bledsoe, gay?” (Drew Bledsoe was the team’s quarterback at the time.) The Star suspended Whitlock for a couple of weeks and insisted he attend sensitivity training.

“Some of these [KU players] need to get focused and be more like Kurt Rambis,” he said, citing the former sixth man for L.A. Lakers teams that starred Magic Johnson and Kareem Abdul-Jabbar. “Could I be more clear about what’s missing? No one wants to say it flat out, but [the Jayhawks] need T.J. Pugh.”

Pugh, a 6-foot-8-inch white kid from Omaha, Nebraska, filled a role for the Jayhawks’ bench as an occasional starter. He averaged a workmanlike 4.9 points and 4.7 rebounds a game as a senior. “I’ve never been too big on stats,” Pugh said during his final season at KU in March 1999. “I don’t think we’re at our best when I’m scoring points.”

Whitlock, who didn’t return a call for this column, seems to think white basketball players are blue-collar role players who don’t bitch and moan about playing time or their stats. He also appears to have forgotten about Jayhawks Kirk Hinrich and Nick Collison, two white kids from Iowa who happened to be preseason All-Americans.

And he stereotypes the black players on KU’s bench as selfish, “me first” players less concerned with the team’s well-being than with their own statistics.

Earlier this year, Whitlock was incensed when Bill Mass, his WHB coworker, said that Whitlock wouldn’t be nearly as successful as a sports journalist if he were white. Whitlock retaliated by throwing an on-air tantrum, verbally attacking Maas for being racially insensitive.

I imagine Whitlock had a black Christmas — the color of that lump of coal in his sock.