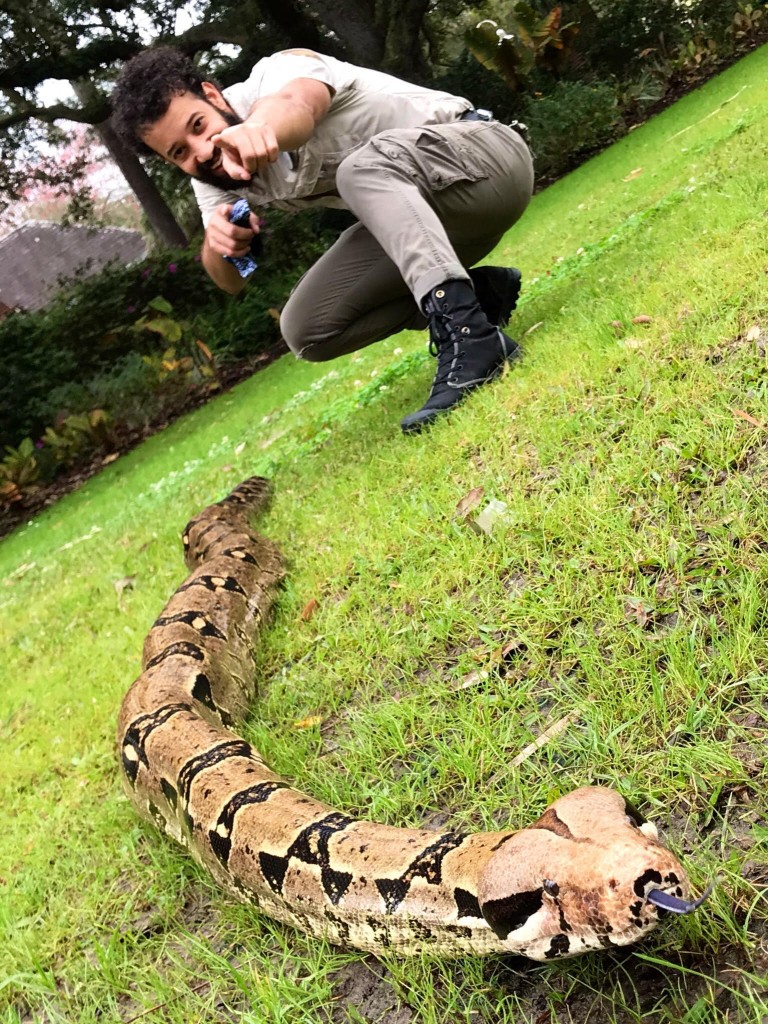 By now we all know the story of what Christian Cooper faced during an afternoon in Central Park, New York several weeks ago. The national outrage this event incurred got the birding community talking about what it’s like to be a Black person interested in birding or other outdoor activities. The answer: not always great.

We sat down (via Zoom) with Alexander Grousis-Henderson about his part in organizing Black Birders’ Week and what it means for not only the Black community, but the naturalist, STEM, and birding community. As a Kansas City native who attended Lincoln College Preparatory Academy in his childhood and spent lots of time at Swope Park, he was drawn to the outdoors and nature activities. Grousis-Henderson landed a job at the Kansas City Zoo at the beginning of his professional career where his love for all animals—especially birds—grew.

As time went on, the intersection of being a Black man and a birder grew increasingly prominent as he began to connect with other Black birders around the country. They formed a group and over the years have shared knowledge and camaraderie. Following the Central Park incident, the group put their heads together and set out to organize a week to celebrate Black birders and naturalists. This event took place over May 31st to June 5th. Along with celebrating the Black members of those communities, this event works to push back on the idea that nature is not for everybody. Black Birders’ week was created to, “start a dialogue,” Grousis-Henderson explains.

The week featured a variety of de-centralized events, which gave folks the opportunity to virtually participate from anywhere. Some virtual events included panels, posting challenges, and hashtags. All events are aimed to encourage Black people, especially children, to invest in wildlife and outdoor activities.

Grousis-Henderson explains that there is a lot of whitewashing in STEM and naturalist fields. “The image of a black person isn’t tied with being outdoorsy,” Grousis-Henderson says. Increasing visibility was their goal with this week as well as encouraging an attitude of stewardship over the land we occupy, taking good care of, and show appreciation for it as much as we can.

The timing of this celebration of Black Birders and naturalists fell right within the Black Lives Matter protests following the death of George Floyd. The outcry against police brutality and the experience of being Black in America is at the forefront of everyone’s minds and the intent to not distract from that was very important to the group. Finding a way to make their content accessible and make it an addition to the movement largely motivated the way that the group went about organizing these events. By hosting them all online, enthusiasts could participate from their own homes and communities.

Including Black people in the STEM, naturalist, and birding fields is imperative, not only for visibility and diversity, but to catalog the wildlife that may only exist in predominantly Black or POC neighborhoods. These species or behaviors can often go overlooked because non-POC naturalists do not observe these spaces as closely as those who may already be in the community. Christian Cooper, the man involved in the Central Park incident, is an avid birder, Grousis-Henderson shared. It is a shame that it had to take a racist incident to bring attention to his contributions and active participation in the birding community. This event hoped to dismantle some of the biases that make Black people’s contributions to naturalist endeavors less visible than those of white people.

Though the week itself has passed, take a page from Grousis-Henderson’s book and get out there and enjoy nature. Be good stewards of the land that you live on. Don’t let yourself fall into thinking that STEM and naturalist endeavors are not for everyone.