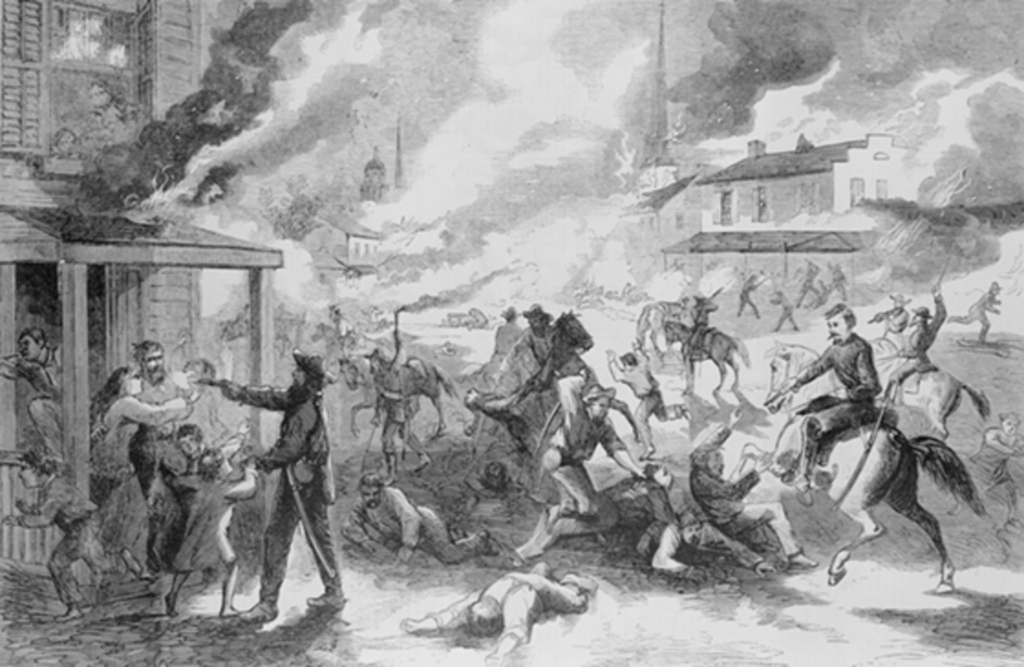 Tomorrow at the Black and Gold Tavern (3740 Broadway), you can get a little blood and guts with your booze. The Mizzou bar is putting on a grim-sounding theme night – one commemorating William Quantrill’s infamous raid on Lawrence, Kansas.

Wednesday marks the 150th anniversary of the attack, which resulted in 164 deaths, many torched buildings, and an eternally sour relationship between Kansas and Missouri. In an online ad promoting the night, the bar refers to the assault as “Missouri’s most decisive road victory.” Co-owner Zach Cartwright says that’s just his way of celebrating the KU-MU rivalry.

“We are a Mizzou bar, and Quantrill’s raid was probably the most memorable or the most famous event of the border war between Kansas and Missouri,” Cartwright says. “And the border war, of course, gave birth to a great sports rivalry between Missouri and Kansas.”

But isn’t calling a massacre in which children were killed and men executed “a decisive road victory,” you know, a little bit twisted?

“If you want to say the terminology is harsh, you certainly have a point we could debate,” Cartwright says. But, he insists, the history of the raid – and the guerrilla attacks on Missouri by the Jayhawkers – is worth hoisting a few. “It was bloody. Sure, it was,” he says. “But we are looking at it as a symbol of the rivalry more than getting down to looking at it as exactly what happened.”

Besides, Cartwright argues, marking a gory battle with a few cheap drinks and a couple of live bands is nothing compared with the University of Kansas’ having named its sports teams after a brutal militia.

“For KU to turn around and name their teams after a bunch of murderers and robbers is equally offensive, or even more so,” he says.

There’s been some negative social-media reaction to Cartwright’s event, but he says that’s no surprise.

“We’ve seen the stuff on Facebook, and of course we expected that,” he says. But he’s sticking to his guns. “We’re not going to back off from having our event. They’re entitled to their opinions.” 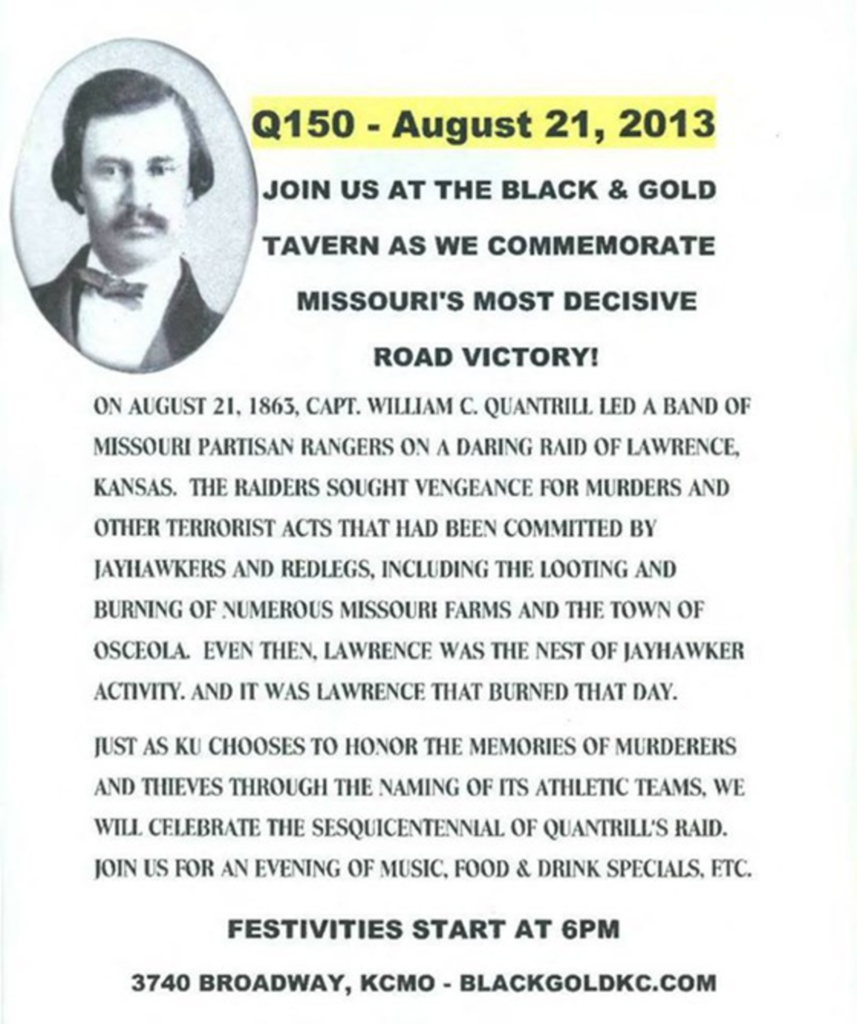